The Vaping Trend among Kids: a 21st Century Health Threat in Disguise. 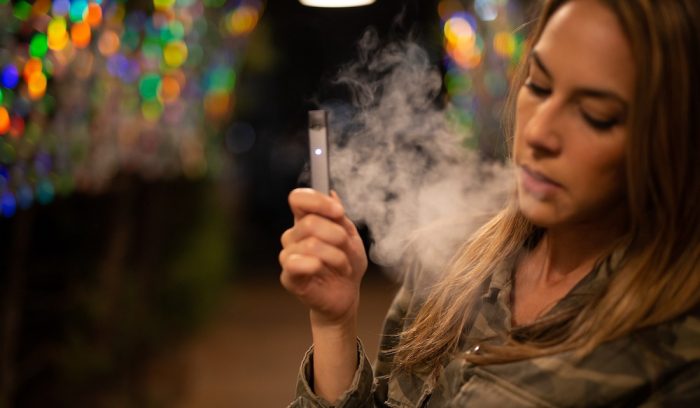 The risks of using e-cigarettes—commonly known as vaping—have been making national headlines as people are reporting severe, even fatal, lung problems.

As of October 1, 2019, 1,080 cases have been reported to the Centers for Disease Control and Prevention (CDC), and there have been 18 deaths in 15 states. In fact, the CDC sent out a health advisory in August 2019 stating that everyone should avoid using e-cigarettes.

But the risks of vaping aren’t limited to this recent outbreak.

Vaping can trigger serious health issues that are similar to nicotine and tobacco—and in some cases, e-cigarettes can cause even more damage than normal cigarettes or other traditional tobacco products. These problems are especially heightened for youth, who are vaping in record numbers. As we’ve discovered with teens who smoked cigarettes, the dangers of e-cigarettes are all too real.

A Look at Vaping and Juuling

The United States Food and Drug Administration oversees all tobacco products in America, including e-cigarettes. However, e-cigarettes deliver nicotine in a different way than traditional cigarettes. The devices themselves can take many forms; they can look similar to cigarettes, or more like a pen or flash drive.

The term “vaping” comes from the aerosol vapor created by e-cigarettes that is then inhaled by the user. This vapor is made when the device heats up a liquid that contains nicotine—as well as chemicals, flavorings, and other questionable ingredients.

In 2015, the e-cigarette industry began to be transformed with the introduction of the Juul device. Since then, Juuls have skyrocketed in popularity and currently claim a 75 percent share of the United States e-cigarette market, including a 600 percent increase in sales between 2016 and 2017, according to the CDC. That may explain why the term “Juuling” has joined “vaping” in the modern lexicon.

The rise of Juuling is troubling. The devices are attractive to teens and tweens because they don’t look like a cigarette, but a small USB drive, making them easier to disguise or hide from parents. Also attractive: Juuls adhere to the e-cigarette trend of offering flavored nicotine—bubble gum, grape, strawberry, and many more—which is appealing to minors. However, Juuls differ from other e-cigarettes because they contain nicotine salt, which, according to the CDC, makes it easier for users to consume nicotine in high amounts.

And Juuls deliver a lot of nicotine, according to the nonprofit research, education, and advocacy organization National Center for Health Research, which states: “The e-liquid is 5% nicotine by volume, which is more than twice the concentration of nicotine in similar devices…The amount of nicotine in one Juul pod is equivalent to a pack of cigarettes.”

The Juuling Trend Among Minors

Juuls and e-cigarettes have been targeting the youth market with, unfortunately, great success. The CDC’s 2018 National Youth Tobacco Survey of more than 20,000 6th through 12th-grade students stated that e-cigarette use has grown exponentially from 2017 to 2018, with 1.5 million more minors joining the vaping ranks. In high school, e-cigarette use among students jumped from 11.7 percent to 20.8 percent; the increase in use among middle school students was smaller, from 3.3 percent in 2017 to 4.9 percent in 2018.

Those figures help illustrate the fact that e-cigarettes are the most popular tobacco product among teens and tweens—a trend the CDC says has risen to “unprecedented and epidemic proportions.”

On top of that, the survey revealed that not only were more students using e-cigarettes, but they were using them more often. The number of young people who said they were Juuling or vaping 20 or more days out of a month jumped almost 40 percent between 2017 and 2018. That percentage is especially alarming when looking at the relationship between vaping and smoking traditional tobacco products.

There is a growing concern that this kind of smoking is first sparked by e-cigarette use. Research is finding that kids are more likely to start smoking cigarettes if the are using e-cigarettes. A considerable number of students—about two in five high schoolers and one in three middle schoolers—report that they use multiple tobacco products, with Juuling and smoking the most popular combination.

While vaping can be considered a gateway to heavier tobacco or nicotine use, it can also be the entry point for other drugs. A full one-third of survey respondents said they used an e-cigarette for marijuana. But even if a minor doesn’t move on to use other substances, their exposure to nicotine can be detrimental to their health.

The Effects of Juuling and Using Other Tobacco Products

The effects of vaping are similar to those caused by nicotine and tobacco. In fact, the United States Surgeon General stated unequivocally that any type of nicotine use is unsafe for young people. While we don’t have the long-term research to see just how impactful Juuling is, there is enough evidence to support the Surgeon General’s statement about nicotine. The risks include:

>> Impaired brain development in adolescents. This can affect cognitive function when it comes to things like mood stability and decreased impulse control.
>> A higher likelihood of substance abuse.
>> Juuling poses additional risks due to the lungs’ exposure to chemicals, carcinogens, and volatile organic compounds in the nicotine liquid. Plus, there is the danger of nicotine poisoning if the liquid for the vapor comes in contact with the skin or is swallowed.

As Dr. Brian King of the CDC said, “There is no redeeming aspect of any form of tobacco product use when we’re talking about kids.” 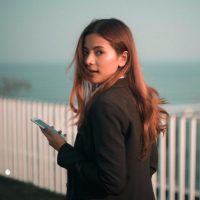 Michelle Haynes is a writer and advocate for health and human rights. … Read full bio