How to Stop Playing the Blame Game. 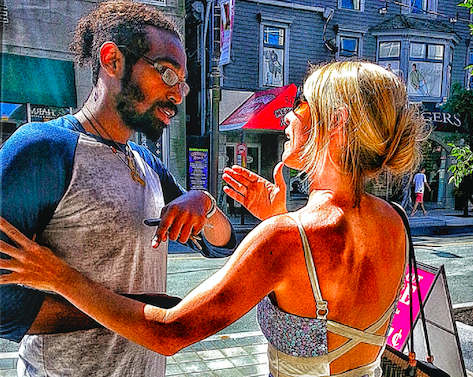 The healthier among us vacillate between these two states of being, but the healthiest of us all realize that oftentimes assigning blame—whether to ourselves or to someone else—is not the best strategy for living a happy life.

Why do we do this and how can we stop?

When we internalize blame, we inappropriately accept responsibility for something that is not our fault. Two common reasons we do this are:

1. A need to feel we are in control. If we blame ourselves then we can avoid being angry with others. Anger often makes us feel out of control and disconnected from people in our lives. For some of us, this creates an anticipatory sense of abandonment. By accepting blame we believe we are protecting our relationships with other people by avoiding conflict.

Similarly, when we deflect blame, we might be reacting to a different set of automatic thoughts or enacting a need to feel in control by refusing to allow ourselves to appear flawed, which leaves us vulnerable to attack.

On paper, these strategies make sense. We are simply trying to protect ourselves from harm by redirecting the thing that is frightening to us. The trouble is that we also distort the truth and, in so doing, keep ourselves from finding true solutions or healing.

So how can we do better?

First, let’s consider automatic thinking. If you find yourself reacting to lots of different situations in the same basic way, that’s a signal that you are responding to automatic thoughts rather than the situation at hand. For example, if you always instinctively apologize, even if someone else was clearly at fault, you are listening to some old voices in your head. If you consistently respond with rage, it’s the same thing.

Let’s take two people waiting in line at the supermarket. One bumps into the other as she tries to budge the line. The person she bumps into apologizes, though it’s clear she’s done nothing wrong. The person trying to cut, empowered by the apology, mutters under her breath and then continues to take out her anger on the cashier, who she blames for being too slow. At the end of this brief exchange, everyone is upset and no one has moved through the line any faster.

If you “always” or “never” react to conflict in one way or another, you can ask yourself why. Once you have more conscious awareness around the behavior you can begin to challenge it. Instead of saying, “I’m sorry,” the person in line being budged could say a calm “excuse me.” Instead of focusing on her own need to hurry, the person in line trying to budge might consider that her behavior does not help her check out faster.

Beyond automatic thinking lies a willingness to honestly evaluate our role in a situation. I will give a personal example.

Once, at a party, the wife of a family member with whom I am not close began discussing personal details of her life with her husband, with whom I am close. Though I was uncomfortable with where the conversation was headed—I didn’t like to hear about his terrible sex life and all of his other “psychological issues” after all—I let it go on. Not only that, I listened intently, as a therapist would, and asked questions that I thought might help bring some clarity to the situation.

Lo and behold, the wife immediately went to her husband and “reported” everything I (hadn’t actually) said. She distorted the conversation to make it look as if I agreed that he was a terrible spouse and that she was the aggrieved party. When I discovered our conversation had been replayed and spun, I set out to clear my own name, texting the people involved frantically. By the time it was all over a great deal of harm had been done and his feelings were pretty battered. And his wife was furious with me!

I couldn’t understand it. I felt terrible. And I was mad! How dare she say I said things I hadn’t said! And it wasn’t the first time she had done this—what kind of a lunatic was she? What person airs their dirty laundry, lies about the whole conversation, and then gets mad that someone dares to call them out?

It was a pretty sweet few hours of me feeling self-righteous until I happened to mention the whole thing to a fellow therapist. “Why didn’t you walk away from this?” she promptly asked. “Well, I should of,“ I blustered, “but I was trying to be polite. I mean, who goes on and on…” One look at my colleague’s face and I knew I was deflecting blame. What was my piece of the action?

Truthfully, I had been too timid to end a conversation that was clearly inappropriate because I was afraid the wife would be “mad” at me or wouldn’t like me. So, to protect myself, I let it go on at my family member’s expense and then acted outraged that the whole thing went south, even though the exact same thing had happened with the exact same person in the past. Oof.

Did this realization make me have a fair and balanced assessment of my part in it, however? Nope. I jumped straight to self-blame and began to beat myself up for being so stupid and unprofessional. “I’m a counselor,” I whined to my colleague, “shouldn’t I know better?”

The fact is, I should have walked away, and my family member’s wife should have been more respectful, and we were both in the wrong, and neither of us really had any grounds to be mad. We were equally selfish in our own ways. Just letting myself see that, see reality, and stop trying to protect, defend, or justify my behavior, or anyone else’s, allowed me to feel more balanced and clear, which in turn made me feel less vulnerable and stupid.

As Brené Brown often suggests, we can get clarity around such interactions by asking, “what story am I telling myself?” If it is a story in which we are either the hero or the victim, it is probably a fairy tale and the truth lies somewhere in between the lines.

We can, and should, challenge ourselves to be brave enough to consider all viewpoints of an experience. By relinquishing our story we are not as exposed as we think we are. Just the opposite, in fact. We come to trust ourselves as fair-minded individuals who can admit when we are wrong, but who can also stand up for what is right.

Others won’t always be happy that we refuse to “buy-in” to whatever fiction they are using to make themselves feel safe, but that’s okay. As I am so often reminded, you can’t please all the people all the time—but you can always work on self-improvement.

Instead of “blaming” you can opt to assess, and, as Maya Angelou said, when you know better, [you’ll] do better.

3 Questions to Help us Shift from Placing Blame to Taking Responsibility. Brené Brown’s brilliant explanation of Blame is a humbling Wake-Up Call. The Trick to Letting Go of Blame.
See relevant Elephant Video