I was Mugged on Halloween & it taught me one of my Greatest Lessons.

I was nine years old, and extremely excited to get as much candy as humanly possible within a two hour period.

I was already a sugar addict, but would not understand the impetus from which it began until much later in life. I just knew I needed it, and was filled with excitement as my friend and I descended upon the streets of suburbia.

After a few hours, I lifted up my pillowcase. It was almost getting too heavy to carry. Tossing it over my shoulder like a runaway, we were about to head home when I heard a noise coming from the woods. Turning abruptly, I saw two teenage boys with pantyhose over their heads running at full speed toward us, shouting “Give us your candy!”

We were being mugged.

Immediately, my friend released her bag. She was in fear, and rightly so. These boys were big, and their faces looked distorted under their transparent disguises. I had a different reaction. I held onto my bag, gripping it with a strength of a thousand teenage boys too lazy to go door to door to get their own candy.

Within seconds, I had both boys trying to free me of my bag, and yet, they could not. A strength came over me as my inner fighter emerged—a part of me I had never known. In fear of being caught, the boys gave up and ran off with only my friend’s bag.

My friend began to cry, while I stood, breathing heavy, not understanding what had come over me. It was as if I had blacked out. When I came back to my senses, I noticed my heart pounding, and my hands gripping my pillowcase full of candy.

It was just candy, or was it?

No. The candy was what I was using to survive my abusive childhood. At eight years old, I had already begun a lifelong addiction to sugar. I had found the one thing I had access to as a child that could numb my feelings, enabling me to temporarily forget the sexual abuse I was enduring from an adult in my life. I needed those candy bars to take me away from the awful fear, shame, and despair I was feeling.

Not more than six months later, I was stealing candy bars from 7-11 with that same friend. She thought it was funny, daring. For me, it was about survival. We did it more than once. After hiding them beneath our shirts, and walking past the cashier, I would sit in the back of the convenience store, stuffing them into my mouth one after the other. I could not get them in fast enough. I needed that high. My addiction to sugar and control lingered for decades.

I had no choice, as a child, but to endure the abuse. We do what we can to survive when we grow up in a war zone. Sugar addiction, along with the ability to disassociate and deny became my saving graces. I became so good at using my defense mechanisms, I repressed most of the abuse. The rest I minimized and normalized. The problem was, I became one messed up adult with no clear reason why.

Our coping skills in life work beautifully—until the day they stop working.

Not coincidentally, the year I stopped eating sugar was when the memories began flooding into my awareness.

It had been over 40 years, yet the abuse felt like it was happening in that moment. Little did I know, the memory of that Halloween night would help me through the terror of flashbacks and nightmares when the abuse reemerged. I could not fight back during the abuse, having been manipulated and groomed, but there was a fighter inside of me, somewhere. With each memory, I could feel that little girl gathering the strength from that Halloween night. Not this time. I won’t give you what is not yours to take. That little girl had finally had enough of men taking advantage of her. That little girl was determined to heal. There was a fighter inside her who taught her how to survive and was now helping her heal.

I am not alone. One in four girls and one in six boys will be sexually abused by the time they are 18 years old.

Meet a survivor of childhood sexual abuse, and you will find a string of addictions, a history of anxiety and depression, and the ongoing need to disassociate. You will also find a fighter.

It is not uncommon that most survivors live with the most daunting and life-altering fear that seems to follow us around like a snarling Doberman. Yet, it is this fear that eventually made me into a fighter that Halloween night. It was that night I knew I would find a way to go from victim to survivor.

Through an act of God, and some deep healing work, I am learning to see fear as a beautiful emotion that kicks in at the right moment, and is always here to help us. It is instinctual, and whether we fight, flight, or freeze, it is the fear that is helping us survive.

I now understand that we are here to face our fears in life, no matter how long it takes us. If we stop running from them, they will stop chasing us. We need to meet our fears head on because they are trying to alert us, teach us something.

Even those teenage boys mugging us for candy were there to teach me something. I can look back and know that if I am pushed by life, I will find the strength to survive. That Halloween night told me there was a fighter in me somewhere. And if that is the case, I know there is one in all children who survived any form of abuse.

I will never be that helpless girl again, but I do love her and know she always had the strength of a thousand men, she just never knew it. Until the day she found her strength and fought back. 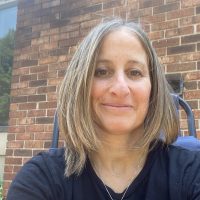 I am an author and intuitive healer. I have been channeling healing words, stories and ideas since the age of 9. This gift to connect beyond myself expanded to other intuitive… Read full bio

5 Ways Halloween can Lead to Spiritual Growth. What every Sexual Abuse Survivor Wants You to Know.
See relevant Elephant Video