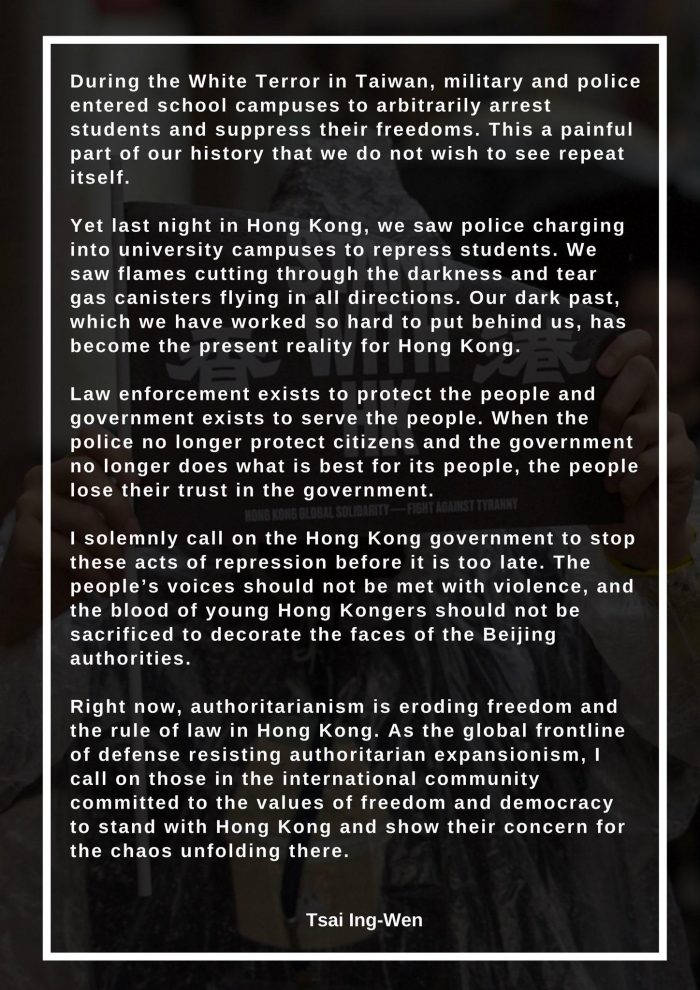 Anyone else (still) failing to give a care about spineless NBA players and teams this year?

“The People’s Republic of China is the largest, most powerful and arguably most brutal totalitarian state in the world. It denies basic human rights to all of its nearly 1.4 billion citizens. There is no freedom of speech, thought, assembly, religion, movement or any semblance of political liberty in China. Under Xi Jinping, “president for life,” the Communist Party of China has built the most technologically sophisticated repression machine the world has ever seen. In Xinjiang, in Western China, the government is using technology to mount a cultural genocide against the Muslim Uighur minority that is even more total than the one it carried out in Tibet. Human rights experts say that more than a million people are being held in detention camps in Xinjiang, two million more are in forced “re-education,” and everyone else is invasively surveilled via ubiquitous cameras, artificial intelligence and other high-tech means.

None of this is a secret.” – Farhad Manjoo, Dealing With China Isn’t Worth the Moral Cost

How my love affair with LeBron came to an end.

I’ve looked up to LeBron for years.

On the court, he passes first, making other players better. Off the court, unlike 99% of his peers, he dares to criticize President Trump, stand up for minorities and funds an entire school for disadvantaged children. More than an Athlete, he likes to say. He executive produced “Shut up and Dribble,” an eloquent rebuttal to a conservative on-air personality’s cold exhortation to him and others to just do what they’re told, evoking racist tones right outta the days of slavery.

But, this week, he not only failed to speak up for the Hong Kong protestors, but actually talked down to Daryl Morey, the Rockets’ executive who dared to tweet in support of the movement against Chinese violence and oppression.

“I believe he was misinformed and not educated on the situation,” LeBron James said on the Morey tweet. LeBron added Morey’s tweet was dangerous. LeBron said he is uncertain about the future ramifications of the Morey tweet with the NBA and players.

Saying in one breath that Morey was “misinformed,” and in the next that he himself was not informed enough to speak to the issue (you know: democracy vs. dictatorship), LeBron landed firmly on the side of greed (he’s already vastly wealthy and powerful) vs. liberty.

It doesn’t get any more un-American. Contrast his cowardice with Colin Kaepernick‘s (Nike, too, has failed to dare to speak up. Here’s a list of 25 other cowardly companies worth boycotting).

LeBron James speaks for the first time since the NBA's trip to China, says Rockets GM Daryl Morey was "misinformed" about the ramifications of his tweet, and "not educated about the situation." Here are LeBron's comments in full: pic.twitter.com/Rwjnchm2w3

“Our lives begin to end the day we become silent about things that matter.”

“Our lives begin to end the day we become silent about things that matter.”

All these revenue streams but losing out on the China $ is too scary for him. Becoming a billionaire means more to him than speaking up for human rights. The Lebron- Ali comps end here.

He’s done a lot of good charity work in the US and this doesn’t take that away, but he’s not an activist, he’s just another rich guy worried about his place among the 1%

“More than an athlete” lol

More than an athlete, also a soulless businessman

lebron has enough information. he knows that space jam 2 comes out in 2021 and he wants to become a big shot movie maker so he is going to conveniently overlook that whole tying up women and forcing abortions, the stealing organs, the censorship, and all the other stuff china pulls so he can get that sweet chinese box office revenue.

meanwhile, he will continually brag about being “more than a athlete” and grandstand about how progressive he is. hypocrite at its finest.

i don’t often post in this sub as a passive fan, but as someone who always looked at LeBron as the epitome of a great person who used his platform for good (social commentary, the school district he opened, his wonderful family) this shit broke my fucking heart