Stop Trying to be Strong. Your Tired Soul doesn’t have to Keep it Together. 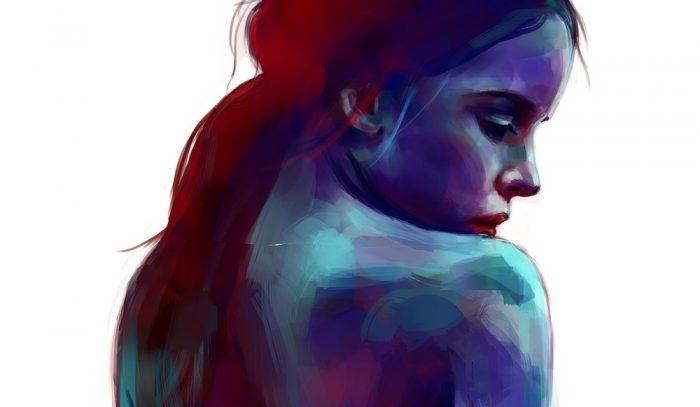 What’s the number one thing we get wrong about emotions—and why do we have such a hard time with them?

For most of my life, I tried to control and hide my emotions.

The crazy thing is that half the time I didn’t even know I was doing it. I learnt to do this so well that I actually believed my own defence and my own masks. They were supposed to keep me safe, but all they did was keep me confused, unhappy, and isolated. Plus, it was exhausting.

Growing up, I had learnt that emotions were something to keep in control. They weren’t something that deserved a lot of airtime in my family. Mostly, they were frowned upon. So I got good at hiding them, even from myself. I was one of those “strong” people who could handle anything.

But it didn’t work out so well in the long run. I was letting myself down big time, neglecting who I was and how I felt inside.

Sounds simple…but how do even you know if you’re suppressing?

>> Do you have a habit of making yourself or others wrong for certain emotions, or for being in an emotional state? (“Don’t be angry!” or “It’s stupid of her to be scared.”)
>> Do you think some emotions are acceptable but others are not? (“It’s not spiritual to be angry.” or “Fear has no place in my life.”)
>> Are there some emotions that you just don’t do (along the lines of “I never get angry”)?
>> Do you think emotions are only acceptable and valid if they have a good reason or justification?
>> Do you sometimes think, “I shouldn’t be feeling like this.” or “You shouldn’t feel…”
>> Do you sometimes say, “I’m not angry!” when actually you are, or “It’s fine,” when it’s not?
>> When you feel emotional pain, do you tend to do something to try and make it go away—shop, exercise, smoke a cigarette, have a drink, go do yoga, or vent to a friend about the story? Anything to avoid having to feel?
>> Do you get reactive and behave in ways that you told yourself you wouldn’t?
>> Do you vent about stuff to a third person instead of actually telling the person in question directly how you feel?

If you answered “Yes” (or “Hell yeah,” like me) to some of these, you could be suppressing your emotions.

When you bottle up, pressure builds up in the system. That’s why the pent-up emotions can explode at unexpected times in unexpected ways, at people who have little or nothing to do with their origin. Or they seep out sideways in less obvious but just as destructive ways. If the internal pressure doesn’t find a way out, it turns inward and shows up as anxiety, depression, self-sabotage, and chronic pain or illness.

The only way to release emotional charge is to feel it to its full extent.

Funnily enough, the body knows exactly what it needs to do to let go of stress and emotional charge. Kids do it naturally (if sometimes less than elegantly). If you have ever seen a child having a tantrum, they really go for it. They don’t hold back. They cry, scream, shake, and breathe like steam engines. And then, suddenly, they’re done. They are right as rain again and go happily on doing what they were doing.

But as we grow older, we learn to suppress the natural release mechanisms of the body (crying, shaking, breathing, making noise). Unless, of course, we grow up in an environment in which we are taught to express our emotions fully, in a healthy way. But, quite frankly, not many of us had that privilege!

Okay, so maybe we don’t want to throw tantrums in the supermarket.

But you can own how you feel. Stop making yourself wrong for your emotions and give yourself permission to have them. Take yourself to a private space and let yourself feel.

I mean really let yourself feel—in your body, beyond going through the story in your head over and over. Just breathe (this is key!) and feel, feel, and breathe. And cry/shake/whatever, if it comes naturally. Paradoxically, this makes us a whole lot less reactive and tense. Once properly felt and released, the old emotions simply leave the system. How much better do you feel after a good cry?

When I finally started to explore my emotions, it changed my world. How freeing it was to stop making myself wrong every time I felt something uncomfortable. Paradoxically, it also made me less driven by my emotions, and much less reactive. They flow through much faster now, without getting stuck or hanging around for ages, or being overwhelming.

I am able to be with other people’s emotions without freaking out or making them wrong. Emotional freedom turned out to be quite different from what I’d expected. 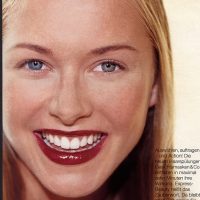 Liisa Halme is a Breathwork Practitioner, Yoga Therapist, Hypnotherapist and the author of A Crash Course in Emotional Freedom.  She helps people break free from anxiety, emo… Read full bio

7 Ways My Life Improved After I Quit Drinking. I’m Tired of Always Having to be Strong. Don’t Hide from Emotional Rawness.
See relevant Elephant Video