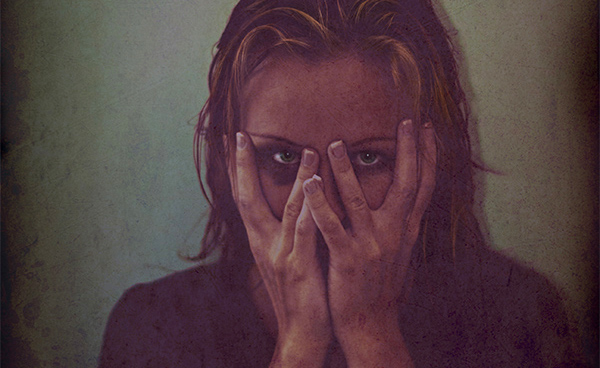 There is an enraged little girl inside of me.

She can no longer pretend it isn’t there, or pretend that everything is okay.

She is so angry, she can no longer control it. In fact, she’s now embracing it.

She has decided that it’s time. Time to destroy, to destruct, to completely tear down and debilitate everything around her. To cause such a massive explosion that nothing is left. Nothing survives.

She has lived a life of politeness, kindness, empathy, service, and putting others above herself for so long. She was trained to do this as a small child and she continues to do so.

She is beautiful and adored in every way. She strives for success, she doesn’t make mistakes, and she is always the calm center of the storm.

She has remained the calm within the storm for so many years. Through tornadoes of fury and through emotional volcanic eruptions. She reassures others around her but not herself. She withstands the high winds of abuse, manipulation, and torment without blinking an eye.

Her unending empathy has forgiven countless mistakes, pains, and ignorance. It has allowed abuses and expectations and misjudgments to corral her into a cage. A cage she has been fighting to escape for her whole life.

And then, someone opens a secret door and she flies out of the cage. She follows the light of others who are lit, she cherishes beautiful wisdom, she works harder than she ever has in her life. Knowing, deep down in her soul, that she is healing, that she is doing it for the right reasons, that she is aligned, and her desires will come to life.

But she desired deeply and she worked hard and she gave and she raised her standards and she was even more generous than before and she took care of herself first and she balanced her ego and she became open to receiving and she was dedicated to service and she followed through and she prayed daily and she cleansed her chakras and she journeyed to her subconscious and she created analytical strategies and she channeled both her inner masculine and her inner feminine and she took inspired action and she surrendered to the divine.

And as she watched it all cascade around her like the heaviest snow in the heaviest blizzard, the final pieces now dead, she could feel the immensity of the anger rising up.

She clawed her fingernails into the carpet, with eyes as wide and wild as a mad dog, hyperventilating and trembling, and screamed the most primal scream there ever was.

And then, she took a bow and arrow and shot the poor bird that was struggling to fly in this blizzard. She killed it, putting it out of its misery.

If it doesn’t matter anyway, then isn’t it about time?

To watch as others succeed when barely trying, as others do the exact same thing as you with better success, as others draw in what you desperately desire with ease.

As simple necessities like food fall through your hands like sand, as income becomes non-existent, as work increases and reward decreases.

The little girl had kept her mouth shut and obeyed and struggled in isolation for over 30 years. And now, she was done.

She was angry. Angry at the world. Angry at herself. Angry at whatever higher power probably didn’t even exist anyway.

So, I let the little girl scream and cry. I let her lay in bed frozen in time for hours, days even. I let her throw things and break things.

I let the poor little girl have the tantrums she had been suppressing for over 30 years. To become the tornado and the earthquake she had been calming for so long. To be destructive and selfish. To smash the lighthouse to the ground.

And then, I picked her up from the ground and held her.

She was still thrashing and wailing as I sat down with her in the rocking chair of my soul. I stroked her sweaty, matted hair as her movements slowed, and she rested her sobbing face on my shoulder.

She clutched my shirt, drenched with wet tears and exasperated sweat. And as her wailing subsided, she began to howl with the greatest melancholy and the deepest sorrow.

Until she finally looked up at me, with eyes wide and welling up with sad but hopeful wonder, looking for help, seeking guidance, craving love.

And I filled her with love and became her lighthouse, telling her that now, everything was going to be okay. 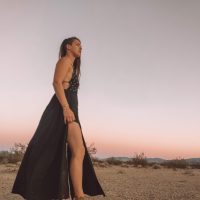 The Day She Just Gave Up. Why Putting Ourselves First is the Opposite of Selfish.
See relevant Elephant Video