A Narcissist & an Empath Walk Into a Bar: Understanding the Dynamic of Abuse. 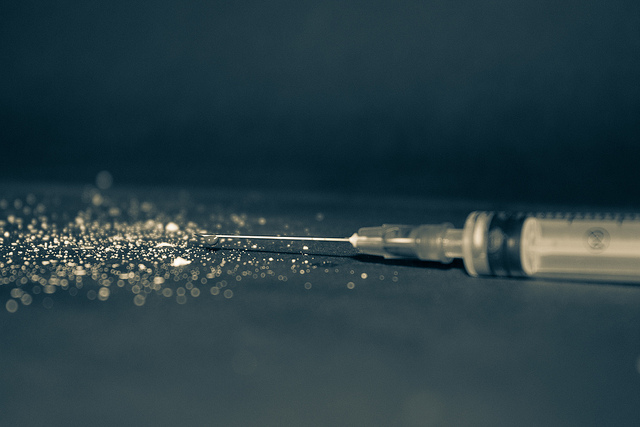 When I met him, I was blown away.

He was a Yale graduate, confident about himself and his ideas, and certain that he was meant to “rule the world”—and that he intended to do it with me.

Up until then, every man I’d dated had been immature, needy, uninspired and uninspiring. This new guy’s intelligence and charisma, and his open admiration for me, felt like coming home.

Unfortunately, all of the qualities I found so compelling were also the classic traits of a narcissist.

In order for a person to be diagnosed with narcissistic personality disorder (NPD) they must meet five or more of the following  symptoms:

By the time the “honeymoon phase” ended—a heart breakingly brief span of a few months—I was convinced he was my one true love and I would do anything to serve the relationship.

Little did I know, “anything” would include giving him all my money, agreeing to let him have sex with other women, spending what little money we did have on drugs to the point that we were evicted from two apartments and became homeless for over a year, allowing myself to be coerced into becoming a dancer, and then giving him all of that money as well, while he endlessly berated me, shamed me, and blamed me for the pile of sh*t that was our life together.

Now, despite overwhelming evidence to the contrary, I am not a stupid woman. What on earth could have compelled me to remain in such a situation? I have spent many sleepless nights asking myself that very question.

This was a textbook abusive relationship, but I had no idea what that meant. Even now, after years of study and research, the dynamic—the fact that is plays out so frequently among so many different types of people and with such exactitude—mystifies me.

But I think I finally figured out an important piece.

It is not just the narcissist that drives the paradigm, but the person he carefully selects to assist him. I’m willing to bet in more cases than not, perhaps in every single case, that person must be some degree of empath.

“An empath is defined as someone with “the ability to read and understand people and be in-tune with or resonate with others, voluntarily or involuntarily of one’s empath capacity.”

Unlike narcissism, empathy is not considered a pathology, but it certainly is a game changer.

Being a true empath is a complicated gift. Because of the empath’s ability to actually feel the feelings of others, they have a bottomless well of sympathy for everybody’s outlook and opinion—even if those outlooks or opinions are the polar opposite of the empath’s.

This puts “untrained empaths” (people, like the young me, who haven’t developed as strong enough sense of self to have a baseline standard for “good” and “bad” behavior) in a precarious position. They are able to endlessly justify the needs of those they care for, and see it as their duty to do so because no one else is capable of understanding them.

It falls to the empath, then, to both protect and bolster those close to them, even at the expense of their own needs and feelings. Not to do so feels like failure, and the resulting pain that those we care for experience is almost unbearable. In other words, we protect others to protect ourselves.

Combine an empath’s need to protect with a narcissist’s need to be lord and master, and you’ve got a self perpetuating cycle of disaster. Once established, it is almost impossible for an empath to break away, because doing so will cause the narcissist so much pain. The empath prefers to absorb the pain themselves, believing that they, and they alone, have the power to “fix” the narcissist. (Which is, ironically, narcissistic itself.)

So how can empaths protect themselves from being exploited?

Here are some simple suggestions:

People will go through tough times and experience painful emotions no matter what we do. We must learn to accept this and allow it without always actively intervening.

2. When we feel ourselves getting “sucked in” to someone else’s drama, we can learn to turn inward.

We can ask ourselves, how do I feel about this? Do I feel that this other person is draining too much of my energy, or is acting in a way that is not philosophically in line with my beliefs (i.e.; unethically)?

If so, take a step back. Observe rather than engage.

When empaths become overloaded by other people’s emotions, they begin to lose their sense of self. Spending time alone in meditation or reflection can help us hear own own voice without the influences of others.

4. Understand that not everybody is empathic.

This was one of the hardest things for me to realize—I assumed empathy was a standard part of every human being. Once I discovered that is not the case, I could steer clear of those who are unable to feel empathy, knowing that they would likely end up taking advantage of me.

If you, like me, are a card carrying empath, you’ve likely found it is both your greatest blessing and your greatest curse. But just because our innate nature can make us vulnerable to those who don’t necessarily have our best interests at heart, so it can allow us to develop a depth of connection to other caring souls that is unparalleled.

I wouldn’t have it any other way.

Relephant Watch: The One Buddhist Red Flag to Look out for: