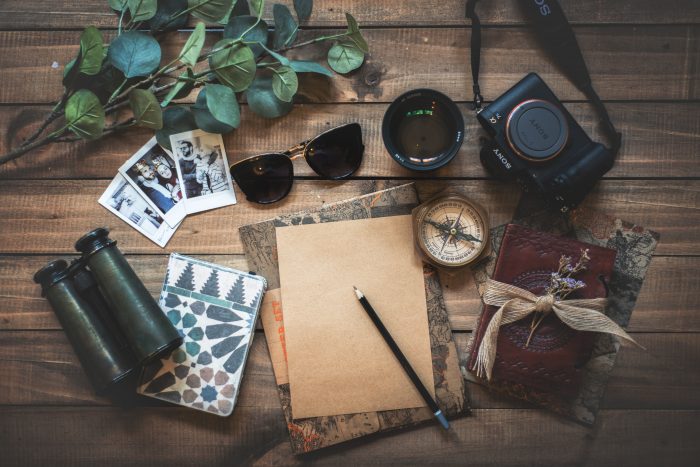 Soul partner in exchange for my life as a spiritual wanderer? I thought the decision was a no-brainer, but I had not considered the life I would be giving up. I only saw the piece of the puzzle I was missing. My biggest lessons have been in reentry. This short story is a window into how I ended up as a spiritual wanderluster, a long-term expat and my current integration of past and present self.

In my mid-twenties, I spent two years healing from a lifelong, rare autoimmune disease called Behcet’s Syndrome. Sick since the age of one, I found myself symptom-free for the first time at the age of 27. Wellness felt powerful and allowed me to question my life choices.

At the time, I was engaged to be married. Uncertain about raising kids given my illness, I was hesitant to plan our wedding. Would my autoimmune disease prevent me from caring for kids? More importantly, was having a family my life’s purpose, or was I meant for more?

Facing my truth was terrifying back then, but I knew it was my only choice.

Until that moment, I had not known how important it was for my fiancé to raise a family. He had his plan mapped out in his head but had failed to share it. We were at a fork in the road and given my uncertainty about raising kids. As soon as I spoke my truth, it was clear our relationship was over. We loved one another, but not in the way I imagined souls who were meant to spend their lives with one another might.

I had a new lease on life. Six months later, I left on a backpacking trip around the world with no end date in mind.

My first trip was an 18-month spiritual wandering, followed by a bumpy return home. My newfound freedom and spiritual perspectives made the reverse culture shock almost too harsh to bear.

Unable to settle comfortably into America, I left to teach yoga in the Far East.

During my next stint overseas, I lived as an expat for four years without a single visit home. I felt at home in Thailand, Bali, India, and Vietnam. During that time, my closest glimpse into western society was a brief visit to Perth, Australia.

Chiang Mai, Thailand, was my city for two years while I built an eco-spiritual jewelry brand. I worked alongside monks and metalsmiths by day, practiced yoga and meditation by night. Every week, I taught yoga classes at the local yoga studio.

Life was blissful and divine. Filled with community, friends, spirituality, freedom, and creativity, I was happier than ever. The one thing missing was true love and a life partner.

Many of my gal friends complained about their dating prospects, but I could not have been happier. The dating scene in Chiang Mai was much more abundant than when I lived in Hanoi, Vietnam. I met and went on dates with plenty of men. After all, the digital nomad scene was primarily male. Most men passed through town for a few days or a few weeks on their way to the next place.

I was the woman who stayed.

One of my healer friends told me how he met his life partner. His advice always stuck with me; “I met my wife when I reached my breaking point. It seemed like everyone I dated was wrong for me, and I was destined to be alone. The pain of solitude was too much to bear. One night I found myself on my floor, crying. I prayed for guidance to help me find my soul mate.”

A year or so later, after another failed mini romance, I found myself on the floor of my studio. Hysterically crying, I wondered if I would be alone forever. Were my friends, right? Was it impossible to find a partner while living in Chiang Mai?

Recalling my friend’s advice, I bowed to the ground in prayer.

Crying, on the ground, I shared my fears, my desires, and begged for guidance in meeting my soul partner.

Four days later, I met him.

Like most days, I was sitting in a local café working. The front room of this particular cafe was encased in glass. A lovely place to sit, I could take breaks to view people passing by, gaze at tropical rainstorms and watch the day pass.

I looked up, and a man was parking his motorbike outside the café. As he walked in, our eyes locked and I smiled. He had kind, sincere, brown eyes that felt familiar. Nervous, I glanced down at my computer and got up to use the restroom. Sure, my inner boss lady ran a business and taught yoga, but I was shy around men.

When I sat back down, one of the servers came over to me and delivered a green tea matcha latte. “What is this? I didn’t order this,” I refused it at first. “The man, he order for you,” she managed in her Tinglish, a most adorable mixture of Thai and English that I miss hearing to this day.

I was stunned. It was the first time a stranger bought me a latte. Carrying my matcha, I found my secret admirer.

I began to learn his story, which became the story of us.

Our courtship was magical from the beginning, hopping from one hidden gem to the next in the enchanted Buddhist city.

Our fantasy world was shattered within a couple of weeks; he would be returning home for his brother’s wedding by the end of the month. It was non-negotiable. Yet another soul passing through town; only this time it felt different.

He asked if I would consider returning to the U.S. with him. Panic set in.

How could I return? Not only would I have to give up my life and business, but so much more. The pace of life in the Far East suited my illness. My community was active in Chiang Mai and I would have to rebuild that from scratch. I knew this process was challenging at best in the U.S. How could I return now, after all of the work I had done to build this life?

My anxiety mounted. Ultimately, love trumped fear, and I chose to journey home with my life partner.

When I moved from Chiang Mai, Thailand, I left a piece of myself behind. I stopped being. My truth faded into the background. I stopped telling my stories and I adapted to American life as though I had never lived those years abroad. My soul was crushed for years.

Over the past two years, I began to reclaim my truth. The process has been an integration of mind, body, soul, and experiences. To find my place and purpose, I have had to intentionally reassimilate and begin sharing parts of my life from overseas.

Spiritual wanderlusters and expats have unique wisdom to share. We have journeyed into self while exploring the world. Such experiences stretch our souls.

Trying to squeeze back into our outdated, ill-fitting boxes in society feels, well, inauthentic. I have found that taking small steps towards expansion into my new self has been key. Every day, I am closer to home. 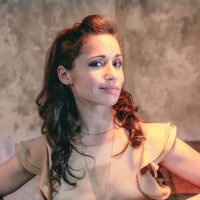