Why today’s conversation of Equality is Silencing our Men.

“You cannot tackle the entire world in three pages.”

My girlfriend looks at me with an amused expression. “F*cking watch me.”

We lay in bed. She’s next to the wall, my grey sweatshirt on, full of pizza, leg on my thigh with her laptop out and the pages app open.

I’m lying next to her, my hands behind my head, speaking my mind about feeling silenced as a straight, white male, unfiltered with no regard for politeness and feelings.

It isn’t the most coherent string of thoughts to come out of my mouth, but she understands what I mean. I release all of the years of my frustration and anger toward people with no knowledge of their own solipsism and hypocrisy.

If someone had asked her beforehand if she knew what she was getting into, writing this article with me, she probably would have said yes. But she doesn’t—and it’s now written all over the panicked look on her face as she types.

The root problem that sticks out to us is the isolation I feel for circumstances outside of my control: my sex, my skin tone, and my sexuality. My straight white maleness is something that is hawked to me as both a privilege and a disability.

It’s as if I should hold guilt for past indiscretions that I wasn’t alive for. Society foists these ideas onto me—that I should hold this guilt, that my skin color or sexual identity or gender is wrong—and I refuse to accept that.

Unfortunately, because of the beliefs held of our time, my voice and the voices of men like me fall on deaf ears. If we say anything, we are told we don’t understand because we are straight white males who never felt oppression in our entire lives. We avoid responding any further because it will likely be recorded and posted on the internet, or the conversation devolves into, in essence, yelling.

In my college sociology class, I quickly learned to check my tongue; if I spoke, my words were disregarded because of my gender and the color of my skin. In that class, it was as if the instructor was teaching us rules for a card game. The more “disabilities” one had, the more valid their opinion and existence should be.

It’s this idea of the Oppression Olympics, where the most time should be spent listening to the most minority group, because the chances are that they are the most oppressed.

As I try to explain this to Lexi, she gets confused. I’m shaking my hands in the air, expressing just how confusing this nonsense really is.

I was taught by my parents that we were supposed to judge people based on character.

In my experience, discrimination hasn’t worked. It didn’t work during the Civil War, where industry and prosperity defeated agriculture and enslavement. It didn’t work in WWII where a gay man and a woman worked side by side with straight white men to break the Nazi decryption code that led to the Allies’ victory.

It didn’t work for the record labels that refused to sign Eminem. Dr. Dre (Aftermath Records) shared in Em’s success because he was willing to look past skin color and focus on skill.

So why are we perpetuating an idea that has been proven wrong?

The change in discrimination is troubling to both me and Alexis. It’s why she has asked me to help her write an article on men’s issues.

And if that is true, we need to take a serious look at how our current push for rights for all is impacting those we didn’t think needed acknowledgment.

We are genuinely concerned about the current discussion that is pushing for gender and racial laws and procedures, and how it will only grow the division. We see these concerning trends during the Kavanaugh confirmation hearings and the Duke Lacrosse scandal.

We don’t think we are approaching the conversation with intelligence and logic. Instead, we are pushing an agenda of retribution against innocent parties.

We are losing groups of men who feel as I do. As a whole, the message we are hearing is that we don’t get a voice and should have guilt for the fact that we were born into a certain body and the privilege that it comes with.

That seems uncomfortably like our past. Individuals born with different colored skin were discriminated against because of said skin. Aren’t we retelling the story now, but changing the players?

The question is staring us in the face: are we changing what factor we are discriminating against?

It seems we are pushing out an entire community of young men who only want what we all want: equal access to an opportunity at a successful and happy life.

We are isolating them, slowly enraging them with forced silence, and pushing them to be at home only in communities of other similar backgrounds, thus creating even more division.

I can feel the resentment building as I speak. On the other hand, I can also feel the relief as she types out what I’m saying, near word-for-word, without questioning it, without negating it.

I feel heard, fully, and I like what what I said can be shared.

The key here is shared. I’m being given a chance to have a voice here, and it helps.

The essence of this article is a narrative of being isolated from the discourse for reasons I can’t control.

And so, we both think we seriously need to reconsider how we are approaching equality and decency, and how we can change the way we speak to give everyone a voice compassionately.

We have to. I fear if we do not, we will lose a generation of men to isolation, anger, and all the problems that come with that.

So how do we do that?

Well, it comes down to including every voice in the open marketplace of ideas. Excluding any voices based on any external arbitrary characteristic is propagating the problems of racism and sexism we’ve held for so long. The song remains the same.

It’s also acknowledging that the people who have had the upper hand in the past are not the enemy by default. We are not guilty or to be distrusted by default. An individual’s past and current behavior is the only way to truly assess motive.

White men wouldn’t be expressing so much distaste or anger around this new movement if it wasn’t impacting them in some way. And it is. Their discomfort is real and unendingly valid. It’s my discomfort. And yes, change in any modality is uncomfortable—it’s how we, as human beings, are wired.

We need to welcome that change, objectively assess what is happening, come up with a productive and fair solution together, and press forward. We hear everyone, we see all sides of the important shifts in our society, and we can represent everyone in the decisions we make from then on.

And she and I both agree that we don’t want to lose these boys—they deserve as much of a community as the rest of us. 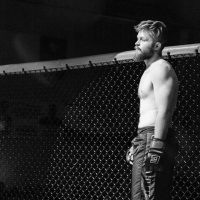 “Man Up?” No Thanks, that’s not my Definition of Integrity & Accountability. A Manifesto for Real Men.
See relevant Elephant Video