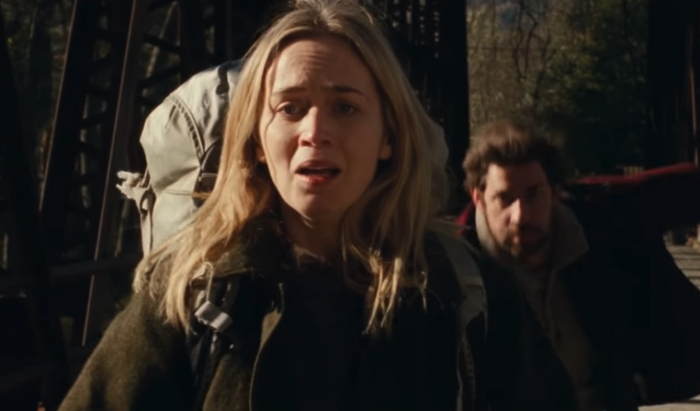 There was a time when I was more than a little scared of heights.

My parents sometimes remind me that when I was a young child I would hide in the floorboard of the backseat as we crossed long, high bridges on one of the many cross-country drives we would take.

In truth, that thing about bridges has even been true at different points in my adult life. Well, not the hiding, but the fear thing. There were times when I took the long route somewhere just to avoid them.

For the most part, I’ve been able to overcome that particular fear. That doesn’t mean there aren’t times when it (or something else) will rear its ugly head unexpectedly. Usually, it’s when I’m tired or hungry—or both. Sometimes, though, fear—which is really just me thinking—pops up like the little critters in that Whack-a-Mole game I used to play with my children at a pizza place or an arcade.

When those fears emerge, it’s hard to remember I’ve actually overcome most of what, through mindfulness and meditation, I can now see as my brain trying to push me around. A few days ago, however, I found both an unexpected challenge and victory with my thing about heights.

I was hiking along a new trail and came upon an opportunity to cross a 30-foot rope bridge to an observation deck. It was suspended from a huge oak tree, probably 50 feet in the air. Approaching the bridge, I quickly did the mental algebra. Distance divided by height multiplied by a 60 percent anxiety loading equals a spectacular view.

But I’d failed to allow for an unanticipated variable.

About halfway across, the bridge began to sway and I found myself having second thoughts. I had left yaw out of the equation. The rope bridge began to swing more than I thought was appropriate. Recalculating, I made the mistake of looking down at the ravine over which the bridge passed. My heart began to thump, my breath grew shallow, and my palms where sweating like water roaring over Niagara Falls. And I was only about two-thirds of the way across. But I kept going.

My reward was a panoramic view on a beautiful fall day where I could hear the wind blowing through the trees. With still-sweating palms and a knowledge that I’d have to return across that bridge, I lingered a bit, compelling myself to be present—even in the fear.

Short of leaping to certain calamity, trekking back across the bridge was the only way back to terra firma. But on my return, I didn’t look down. I didn’t do the math either. Thankfully, on my second sojourn, the bridge didn’t seem to sway as pronounced as it had before. It did, however, seem to have grown significantly longer, as if by travelling across it I had ventured into some dystopian alternate universe. As we all know, physics and algebra in alternate universes don’t work the same as they do here. So even doing the math wouldn’t have helped assuage my anxiety.

There are, however, some axioms from my experience that might be worth reminding myself of and perhaps you will find useful. So here they are. You can consider me to fear what Stephen Hawking was to time. Or don’t. (Really. Just don’t.)

Irrational fear isn’t overcome by rational thinking. It’s overcome by facing and sometimes just doing the things you fear most. Whether it’s quitting a perfectly good job to pursue a dream, public speaking, or disappointing someone whose expectations become burdensome, you have to do the thing you fear if you really want to overcome it. I think our feelings follow our actions a lot more willingly than we realize sometimes. Of course, you may need someone—a counselor or a teacher—to help you, but hence…

When on a fearful journey, travel with a trusted companion. He or she can both encourage you across the bridge and celebrate with you when you’ve crossed it. Approaching that bridge, I was with someone who knew me well enough to know I could have balked—never taking that first step onto the bridge. As I headed across, my companion patiently waited for me to reach the other side without adding yaw to the bridge by stepping on before I’d made it to the observation deck. Together, we enjoyed the view and on our return, I noted, “I couldn’t have done that 10 years ago.” In return, I got a smile and a knowing nod. It felt good to share the victory with someone who knew me and who wouldn’t have judged me if I’d simply stayed on solid ground.

Your brain doesn’t get to lie to you or boss you around. Brains are sometimes funny, and mostly useful things, even though they will lie to you. Without even producing clear thoughts about risk, your brain—specifically, your amygdala—will just start firing a Don’t Walk signal to your autonomic nervous system, and the next thing you know, you’ve figured out plenty of rational reasons to stay where you are. An amygdala is a good thing to have when there’s a hungry bear nearby—but not so good when it comes to helping us in other circumstances. In moments of irrational fear, don’t negotiate with your thoughts. Just tell your brain to hush.

Be present. Really, the only thing any of us have is now. At some point in my practice of meditation and mindfulness, I realized regret lives in the past and fear lives in the future, but right now, more often than not, I’m okay. (I’d like to think that’s original, but I’m sure it’s just my shorthand from something I’ve read or heard.) I think that means we fear what might happen even when there’s little reason to do so. We fear being embarrassed. We fear shame. We fear failing. We fear being abandoned, being found out as imposters, and even, sometimes, we fear clowns. (Just ask Stephen King.) I suppose all of those can have something of a bridge metaphor. But the good stuff is at the other end of the fear. So whatever bridge you have to cross, realize, with each step, right at that moment, you’re okay. Just stay focused on the other side and keep walking.

To be clear, I think there are a lot of fears in the world that just have to be managed, rather than eradicated. (And there are people whose fears are far beyond my simple strategies to help manage or overcome them.)

But making peace with that means granting yourself compassion when those fears pop up like those pesky moles. Admonishing yourself doesn’t accomplish much, other than to exacerbate your fears, I think. And while there are still times in life when I’d like to hide in the backseat floorboard of a metaphorical car, I’m writing this to remind myself of what to do when I’m that four-year-old kid crossing a long, high bridge with the hope it will encourage you to do the same.

In the Face of Fear, we have only Two Options. Brené Brown on Confronting our Shame.
See relevant Elephant Video