How Grief & Loss brought me Back to my Mat—& my Life. 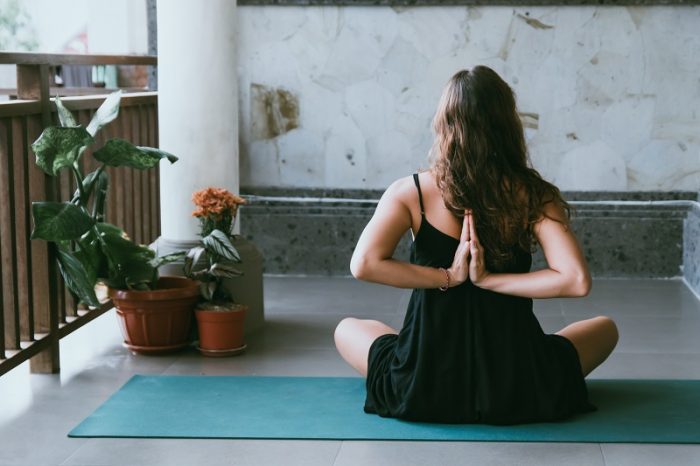 I was never a big yoga guru.

In fact, I didn’t come into yoga until my late 20s. My thing was always running. I was born to run!

I started running in high school, finding an immediate love for cross-country. I remember my coach saying to me that first year, “Once a runner, always a runner.”

Well, she wasn’t lying. As the years passed I kept running.

I ran through fat days. Through days of regret and guilt. Days of self-doubt. Days of bliss. Anything I felt I needed to work through, I did it by running. Running had become an outlet; it was my form of therapy.

That is, until my injury.

I was 25 years old and was traveling home from a vacation. On the flight back to New York, I became violently ill. This is also a good time to point out that airplane bathrooms are much smaller than I had ever intended to find out.

As I got home and settled in, I was still feeling pretty ill. I figured I had food poisoning. I was just out of the country and probably ate something bad. The next day came and went, and I found myself once again running to the bathroom, hugging the toilet. Only this time, I began to scream in pain. Not being able to pull myself up from the floor, I yelled for someone to call an ambulance.

It turns out I had herniated two of my lumbar discs. The discs had fragmented and were causing pressure on my spinal cord—I needed immediate surgery. A flood of emotions came over me and as I sat there crying in disbelief, I could only think of one thing: running. My conviction to run through yet another ordeal only heightened at this point.

In the end, I ended up having two back surgeries to remove the fragmented discs. Post-op, I sat there listening to the surgeon ramble off a list of things to avoid: “Don’t bend, use your walker to get around, don’t pick up anything more than five pounds, no running…”

Wait! What did he just say?

I quickly interjected and spewed out every question that came to mind. Recognizing my frustrations, the surgeon began to tell me that my running career would likely have to come to an end. As he got deeper into the medical reasons why, I drifted off—wishing I could run from it all. A sense of complete emptiness came over me. Who was I if I couldn’t identify as a runner?

I began my yoga journey by taking a class here and there. It was a half-hearted attempt to fill a void. During this time, I never really found a yoga class or studio that I was excited about. I couldn’t understand why there were people out there who swore by this stuff. So like a bad habit, I dropped it.

I consumed my time with a dead-end job, debating on whether or not to go back to school. I moved across the country, randomly, looking for a change but always coming up short—empty-handed.

A few more years passed like this before I decided to move back home. I was still going through the motions of what I had accepted as my now life. Until August of 2014—that’s when I got an unexpected and life-changing knock on my door.

Officers informed me that my younger brother was involved in an unexpected and fatal accident.

He was crossing the road and was struck by a motor vehicle whose driver was texting. It took a long time for things to settle; I honestly don’t remember much of the days and weeks that followed. It was as if I was present physically, but emotionally and mentally I was lost.

I spent many days just sitting in church, looking for answers.

At this point, I had lost all sense of anything. I took a leave from work. I wasn’t active. There were days when I refused to get dressed. My husband had suggested I try to find a “hobby”—something that I could focus on to help me let go of everything I was carrying.

I attended a random yoga class. By this time, it had been years since I’d gone to yoga. I remember I was the only one in the class that evening but the instructor agreed to teach anyway. It was a gentle class, and at the end we did a short meditation session. As I lay there listening to her voice guide me through the session, I saw my brother. We were in this amazingly beautiful garden; I could feel the ocean breeze and the sun on my face. I began running toward him, and as we embraced I began to laugh and cry. As fast as this sensation came over me, I once again heard the instructors voice guiding me out. I tried to force the image and feeling again, but it was gone.

I remember walking back to my car and sitting in the parking lot just sobbing. It was as if that moment in time was meant for me. I needed this. And so my yoga journey began.

I don’t believe we have to have this undeniable faith for moments to be created for us. I do believe though, if we come to our mat—to our life—with an open heart and an open mind, the possibilities are endless.

Yoga has allowed me to explore these possibilities. It has allowed me to be at peace with what is and what is to come. It has awakened me to my truth—even though sometimes that truth isn’t an easy thing to swallow. But we aren’t made to be perfect, and I’m finally okay with that. 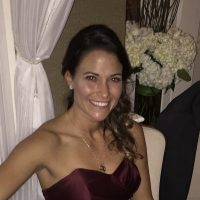 Niccole Guarino was introduced to yoga in her late 20s after having multiple back surgeries. Wanting to share her love for health and well-being, and recovery from love and lo… Read full bio

8 Yin Yoga Poses to Support us in times of Grief. When a Sibling Dies: The Loss of a Lifetime.
See relevant Elephant Video