I’m done with Christmas: Reclaiming the Holidays for my ever-evolving Self. 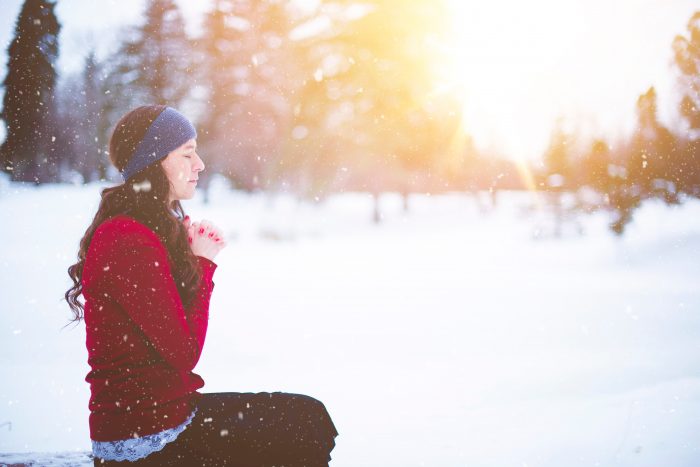 Like perhaps millions of other Americans, I have a complicated relationship with the holiday season.

I don’t know exactly when things became complicated, but it may have begun the first year our family celebrated Christmas without a house that felt like home. I was in college, my sister was married in a house of her own, and the last place that had been our family’s home was lost to bankruptcy.

And spare me, please, the remarks about how home is people and not a physical structure. Home is also complicated. For me, even if this wasn’t the house I grew up in—we moved too often to have one of those—it was a place to which I could return that had history. The beginnings of roots with memories attached to the ends, burrowing into the ground.

I don’t remember much from that first rootless Christmas, except the vague fog of sadness that my mom no longer had a space of her own for all her Christmas decorations, many of them now donated or sold. We didn’t decorate a tree together in our living room or gather around our dining room table for my dad’s coffee cake on Christmas morning or play games in front of the fireplace.

My parents were renting a bedroom in a large house. We must have spent Christmas that year, and in following years, at my sister’s. And then we were spread apart, spending Christmas in separate states. And then my dad died. And then that sense of home lost a piece it could never retrieve, no matter where we gathered.

And then, some years later, I grew out of Christmas.

Growing up deeply rooted in Christianity, I had always associated Christmas with Christ’s birth. With Advent and the nativity story, candlelight Christmas Eve services and “Jesus is the reason for the season.” I had been the one who inwardly huffed at all those non-believers who secularized what I saw as our sacred holiday. I never, in a million Christmases, foresaw the day I’d be one of the outsiders.

But the unthinkable happened: I outgrew Christianity in a slow, gasping shiver of old skin shedding, inch by inch. And with it, I slowly outgrew Christmas.

The idea of celebrating what, to me, had always been religious holidays, such as Easter and Christmas, sans the religion has never appealed to me. It feels too much like two people pretending they’re still best friends when they’ve long ago drifted apart, instead of wishing each other well and moving on. Then again, I’m no longer skilled at keeping up appearances.

While many Christmas traditions actually have nothing to do with Christianity, each year that has passed since I walked away from the old, I have felt its absence around the holidays. I’ve had nothing new to set in the empty space, just a sense that I needed to sit with the empty until I was ready to let go.

I have longed for a fresh way of seeing and interacting with this season. One that does not revolve around a religious narrative I no longer believe, or a non-religious one, for that matter: a season bursting with all the cozy, idyllic, Hallmark-esque moments with family and romantic partners. The crushing pressure to be happy, to consume, to fabricate memories that will last a lifetime.

After Christmas passed last year, I released a strangled sigh. My heart hadn’t been in any of it. And in the exhale, I noticed a shift had occurred.

“I think I’m done with Christmas,” I tentatively, quietly confided in my husband. It was, after all, not a huge leap for either of us. We have no children, no family nearby to spend the holidays with, no elaborate gift giving rituals. Still, I was testing out the words. Saying them felt scary and affirming, a door opening to a hidden path, one that was waiting for me to take a few steps forward before it revealed too much of itself. I set that thought aside, knowing it would also be waiting for me when the next year rolled around.

I’m that person who’s become fiercely protective of November, the month that Christmas has co-opted. November is still fall, I say, and I lament that it is swallowed whole as soon as Halloween hits, and the world leaps over into December.

That said, this November, I have been busy preparing for winter. For the holidays. I have wanted to get my bearings, decide on my rituals ahead of time, prepare my space for a new way of being present to this season.

These things don’t always need a name, but this year, I’m using the names of Yule and the winter solstice in lieu of Christmas. And maybe they will stick for me.

It’s not a total boycott of all things Christmas. It’s not a Grinchy “bah humbug” or a political correctness, a religious replacement or a mid-life crisis. It’s not an eschewing of the universal spirit of giving that surrounds this season. It’s more a reclamation; a shifting of narrative; an affirmation of who I am now. I want my traditions to outwardly reflect my inner landscape.

And my inner landscape is spread in all things Earth-reverent—the moon cycles and the garments of seasons, trees and rivers and all manner of wild creatures.

I began by purging things I no longer wanted to hold onto from our storage space. I began by sweeping and mopping our floors, wiping down windows, organizing shelves. I began by taking a bundle of pine needles, lighting the ends on fire, and waving it around our door frames and walls, cleansing the space for what is new, and uttering words of proclamation.

“This is a place of abundance, abundant love,” I said with a catch in my throat, as I moved throughout our space trailing pine smoke. I imagined all the sorrow and strain of not-enough that have filled the walls of our lives, shrinking back, making room for this abundance in a season of the darkest night, beginning its tilt toward the light.

I ventured outside on treasure-hunting walks, gathering more clusters of pine needles, cones, branches, logs. I cleared our Dia de Muertos altar and gradually began creating an altar for Yule, to welcome the solstice. I bought candles, ribbon, embellishments for a Yule log. I painted prayers on strips of birch bark. I devoured articles on the history and rituals of Yule, pondered what I wanted to pick up as my own and what to leave untouched (and wrestled, too, with how taboo some of these associations are for someone from my upbringing).

The season, for me, has not yet begun, but I feel it pressing closer, soon knocking at my door. And I will open, ready to welcome it inside my home. Inside myself. Instead of the dread I’ve grown accustomed to when the holidays roll around, the heavy loneliness that sets in, I feel curiosity and anticipation. I’m looking forward to the days and nights leading up to the winter solstice, ending the year setting our Yule log on fire and sharing our gratitude and hopes as we look to a new year.

I imagine it may look different each year, that it will continue to evolve as I do. Maybe one day, Christmas will even circle back around and present itself afresh. But for now, being here on the cusp of my first non-Christmas season, I’m at peace.

There is room in this season for many new births, humble beginnings, songs in the night, lights piercing the dark, seeds of hope planted in the ground, a steadfast beauty in the midst of deep pain. The season may be called by many different names, but it is one where we all gather between the old and the new as the year shifts us forward.

Through the dark, into light, embracing both with wonder and courage and little flames of gratitude lit in our hearts, carried out into the world.

“May our coming days be blessed with warmth and laughter. May any tears be dried by the hands of those we love. May we share what we have with one another, spreading the light from a single flame, until the world is lit against encroaching darkness.” ~ T. Thorn Coyle

6 Big Reasons Why I’m Not Doing Christmas This Year. A Quick Guide to Surviving Christmas for those who’d rather not Participate.
See relevant Elephant Video