No Such Thing as Lazy: what it Really Means when we don’t Feel like Doing Anything. 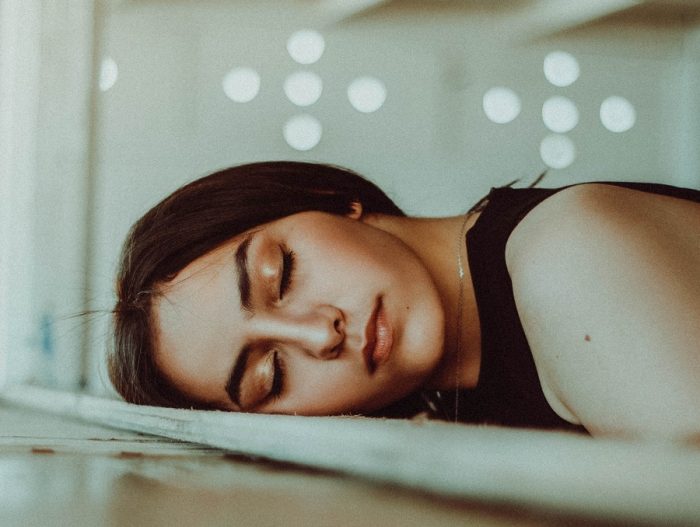 Do you consider yourself lazy?

Do you wonder why you are so “unmotivated” and allow yourself to just lay around when there are beds that need making, friends to have lunch with, meetings to be scheduled, and yoga classes calling your name?

Are you mystified by how everyone else seems to have the energy to do all of these things regularly while, for you, a simple trip to the grocery store or a walk around the block seems like an aggressive plan for this afternoon?

We might chalk it up to poor character, “life,” or some other vaguely negative explanation which, if we’re being honest, we’re really too exhausted to investigate further. Instead, we sink deeper into the couch, watch the seconds count down until the next episode of whatever we’re sort of watching comes on, and try not to think about why our lives are not exactly what we envisioned when we were still young enough to be enchanted by things like thunderclouds and ice cream trucks.

“Lazy” is such a pejorative word, inherently assigning guilt or blame to those associating themselves, or others, with it. It is also deceptive, and serves as a cover for some important deeper issues that, if explored, could make us feel a whole lot better. I often say to my clients who use the term as an explanation for problematic behavior that I don’t, in fact, believe in laziness at all.

Underneath “lazy,” something else is always going on.

Let’s break down “laziness,” or as the Oxford Dictionary puts it, “an [unwillingness] to work or use energy” into two broad categories. The first is positive and indicates a simple need to rest. All human beings, as indeed all creatures—when they have the ability to do so—rest. It is really as basic a need as breathing.

It is important to note, however, that the need to rest in “first world” countries has become vilified. If we are not worker bees, contributing to the overall productivity and consumerism of our society, we are deemed a liability. This idea has become so ingrained, that consistently resting beyond laying down to sleep at night can feel selfish or shameful. So what if this leaves us mentally, emotionally, and physically unwell?

Despite what our economy-driven culture tells us though, we can still tune into our inner, sacred voice. Are you feeling “lazy” because you actually need to slow down, be still, disconnect, or recharge? Then rest! We can give ourselves permission to take what we need.

The second category of “lazy” is a bit more tricky. When we feel lazy, but it isn’t because we need to rest, we are generally in a state of avoidance. We are avoiding doing something that makes us feel uncomfortable emotions such as anxiety, anger, or fear. To figure out whether we really need to rest or whether we are actually trying to avoid something, we can do some gentle exploration.

Take a few breaths and let your mind wander. Check in with your emotions. Can you connect to them?

It might seem difficult, so let yourself go deeper. Run through this list of possible feelings and see what fits: peaceful, confused, worried, grateful, numb, angry, resentful, bored, relaxed, anxious, sad, guilty, or glad. Any negative emotion (including feeling numb) indicates that our wish not to move is actually a bid to avoid uncomfortable feelings. Since uncomfortable feelings, and avoiding uncomfortable feelings, can be exhausting processes in their own right, you might be both in avoidance and needing to rest, but knowing that avoidance is a part of what’s happening is an important piece of information. Why? Because once we name what we are avoiding, we can make a more intelligent decision about how to handle it.

Let’s consider Fred (not his real name), a 64-year-old Ivy League-educated widower in treatment for major depressive disorder. Fred’s normal day since his wife died of ovarian cancer has consisted of getting up at 8 a.m., having a cup of coffee, watching WGN for several hours (while he had planned to do things like go to the gym, work on his resume, or call friends) and then smoking weed and doing nothing until bedtime.

When asked why he doesn’t manage to do the things he sets out to, he often says, “I was just feeling lazy.” In moments when he comes out of denial, however, he can see that he doesn’t want to go the the gym because he feels ashamed of how he looks having gained 50-plus pounds since his wife died. He can also see that he doesn’t want to work on his resume because he’s afraid he’s “too old” to get a job and he’s also ashamed that he has been out of work for so long—even though he quit his job to care for his dying wife. He doesn’t want to reach out to friends either, because their pity makes him feel worse and seems to amplify his grief.

Underneath his “laziness” is shame, fear, and grief.

When we name the emotion we are feeling—or trying not to feel—we give ourselves the chance to work through it and let it go, rather than stuffing it down where it gains strength and velocity, much like an infected wound. This doesn’t happen all at once; it has taken countless “namings” for Fred to realize the power of his emotional wounds, but each naming provides a sense of insight and relief. That moment of relief, multiplied by however many times we need to enact it, is what can ultimately lead to greater self-understanding, compassion, and acceptance. When we accurately name a scary emotion, we let a piece of it go, and when we do that, we can allow ourselves to truly rest and heal.

When we feel lazy, it is a sign that something important is going on. It means we should slow down for a second and check in to establish how best to take care of ourselves. We may just need a restorative break from our challenging lives, to do a little emotional work, or both, but if we can figure out what the real issue is, we’ll have a much better chance of responding to it in a productive way and becoming more consistently energized and healthy over time.