The 4-Letter Word that turns us into Codependent People-Pleasers. 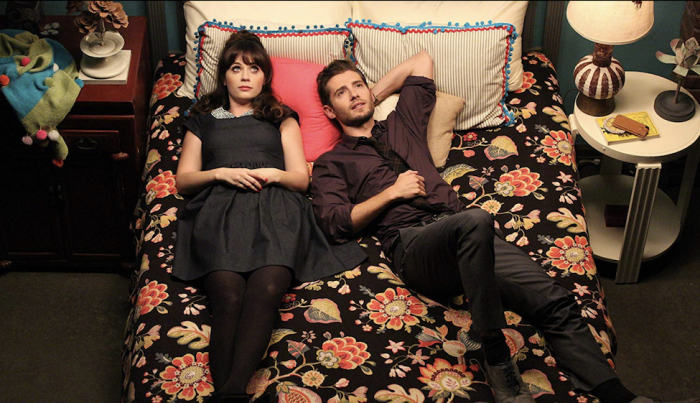 A heaviness weighs me down, and it’s not the groceries I’m carrying.

It has something to do with seeing the one who broke my heart laughing with the beautiful girl in aisle four.

It’s the presentation I have to give tomorrow, that I’ve not yet prepped for.

It’s the message from my mum’s doctor, concerned about her refusal to take medication.

The knots in my stomach twist as the waves of discomfort rise, lodging in my throat, and the tears start to well.

Possibly the worst time to hear the words…

Embarrassed and exposed, I clear my throat and attempt to repress all the unbearable feelings, tucking them away in the depths of my being, somewhere hidden where it won’t be seen. If I can just push them down, a little further…F*ck! I mean, I’m fine! Just fine!

Except, I’m not fine.

When I look back on all the times I’ve said these words when I was anything but, I picture myself as a three-dimensional Picasso painting wearing the worst ninja suit ever, with all the pointy angles and uncomfortable feelings piercing through the fabric.

A mask we wear, like a get-out-of-jail-free card, a permission slip to avoid any interaction of truth. It’s only with self-delusion that I could convince myself that this four-letter F-word was ever fooling anyone.

I didn’t intentionally close off to connection; it just felt too scary to peek inside. Once I’d open up, there’s no knowing where it would lead. I also couldn’t handle the idea that I was causing any burden on others. No one wants to be around a complainer or someone who’s not up for much fun, right?

It was only when I took the time out of my life to dig a little deeper that I could see the confused me hiding in the shadows, a perpetual people-pleaser, full of worry of being misunderstood, void of the words to express the sorrow inside and the worthiness to take up space to say them.

“I’m fine” is a barrier to authenticity; it’s a language of the rational mind that blocks love entering or leaving. It traps our unbearable feelings where they remain all knotted up inside, not making sense because we don’t allow them into the light.

With nowhere to flow, these unexpressed feelings freeze and petrify parts of us. And what’s most petrifying is that, in many cases, it ends up manifesting as all sorts of illnesses in the body.

The connection between emotional trauma and physical and mental illness is becoming much more acknowledged in the mainstream, with scientific pioneers such as Dr. Gabor Mate and Dr. Joe Dispenza proving what spiritual teachers and indigenous healers have always known.

In Dr. Gabor Mate’s book When the Body Says No, he documents different types of cancers and chronic and mental illnesses, and correlates these with specific types of emotional distress, often inflicted in childhood. This can be the true cause of suffering, and our body’s way of speaking to us, telling us to change something in our lives.

I’ve witnessed this firsthand with myself, as well as both of my parents.

My dad was a benevolent man of few words, who avoided confrontations and strived to always keep the peace. A family dispute when I was too young to fully understand left him with a feeling of betrayal. But years of repressing these emotions led to a fatal pancreatic cancer diagnosis in his 50s. This, according to Louise Hay, is the place in the body known for unexpressed anger. So, yep, not expressing yourself can literally kill you.

Of course, he was just doing his best while living in the paradigm of good old British “stiff upper lip” stoicism that he was brought up in. But as children, we tend to do what our parents do, not what they say. Or, in this case, don’t say.

And so it was, with my inability to express my emotions fully intact, I embarked on my own journey, oblivious of what I was heading toward.

People-pleasing often comes with a difficulty of saying “no,” to not let others down. I would take other people’s opinions as more important than my own, and, unaware of the importance of listening to my inner voice, I instead found guidance outside of myself. Often, in the worst kinds of people. Through giving my power away in toxic relationships, I fell down the rabbit hole of codependence. Three years of the disorientating confusion that comes from subtle but insidious gaslighting, and I was unrecognizable to myself.

Along with the crippling grief of the death of my mom, I soon became disillusioned with love, life, and meaning, and I eventually found myself on the bathroom floor in existential despair asking the question, “Why on Earth am I here on Earth?”

Through these different types of loss, the most difficult was losing myself, and I descended into an underworld, where nothing made sense anymore and I could no longer live the life I had created.

On the upside, the pain I was drowning in pierced through all of the illusions of success that had been constructed in my mind, and I soon realized that they never belonged to me. This allowed me to cut ties to a life that I was coasting through. So I quit my job, sold my belongings, and bought a one-way ticket to the other side of the world to explore why, in fact, I am here.

It turns out that “If you travel far enough, you’ll eventually meet yourself” (Joseph Campbell).

By taking time out to dig deeper into my own psyche, I realized that the real four-letter F-word that I’d been grappling with was fear.

Not the everyday type fears like…spiders. I mean the fears that lay deep within our subconscious that control our choices and dictate our lives without us even realising.

These types of fears can vary. My own fears have been quite the concoction, from not feeling good enough, worthy enough, lovable enough, or that I’ll die alone.

Whatever our particular brand of fear is, it often comes down to a fear of being seen.

By going to the places that most scare us, we can release the unconscious, shadow parts of ourselves that can cause repetitive patterns to play out. We can identify the conditioning that doesn’t belong to us, but we picked up along the way. And, ultimately, we can start to live more authentic, connected lives.

So how do we go to the places that have been so forgotten about, that we almost believe that we are just fine?

My advice is simple. 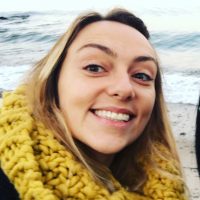 Steph Prichard is a world traveller, curious of ways to live a life. After years designing toys for kids, she is now on a mission to regenerate the world through permaculture … Read full bio

17 Quotes for Chronic People-Pleasers. I’m Not Fine, & I Hope you have the Day you Deserve. Codependence is Not a Dirty Word.
See relevant Elephant Video