What is an Archetype? 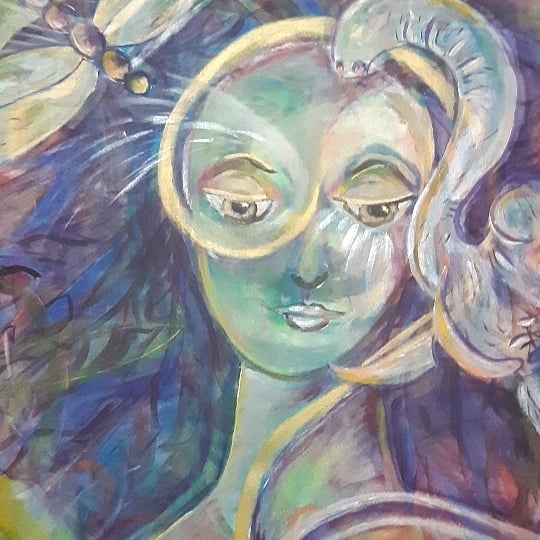 A lot of my work is influenced by our inner archetypes but what is meant by this term “archetype”?

The term “archetype” has its origins in ancient Greek. The root words are archein, which means “original or old”; and typos, which means “pattern, model or type”. The combined meaning is an “original pattern” of which all other similar persons, objects, or concepts are derived, copied, modeled, or emulated.

In 1959, in a letter to a zoology student, psychologist Carl Jung speculated on the relationship between instinct and behaviour in both animals and humans and described archetypes as representing the different aspects of the human instinctual structure, inasmuch as human beings, like animals, are creatures of instinct. In his later book “The Structure and Dynamics of the Psyche” Jung stated that “archetypes are the living system of reactions and aptitudes that determine the individual’s life in invisible ways” And while the archetypes are in and of themselves unknowable, they make themselves known through the images they produce in the mind. These images are the psychological effects of situations much like actions are the natural effects of physiological urges. Jung believed that such archetypal images and ideas reside in the unconscious level of the mind of every human being and are inherited from the ancestors of the race. They form the substance of the collective unconscious, which is like an interconnected psychic network that links us to every other human being through a vast network of archetypes.

There is a challenge in giving definitive proof for the existence of archetypes of the collective unconscious but it is a useful analogy to describe the living dispositions that continually influence our thoughts, feelings and actions. The language of archetypes is psychically through hunches, gut instinct, intuition, those chills you get up your spine or on the back of your neck as well as symbolically in the meanings we project onto otherwise neutral places, objects and events.

There are as many archetypes as there are normal human situations and relationships over which they preside. The list of archetypes is nearly endless, since each archetype is said to correspond to some variety of human situation. However, Jung defined twelve primary types that symbolize basic human motivations. With each type having its own set of values, meanings and personality traits. Also, the twelve types are divided into three sets of four, namely Ego, Soul and Self.

The Ego types are The Innocent, The Regular Guy/Girl, The Hero and The Care-giver;

The Soul types include The Explorer, The Rebel, The Lover and The Creator;

The Self types are The Jester, The Sage, The Magician and The Ruler.

Caroline Myss, in her book “Archetypes” discusses the concept of the evolution of archetypes and how we now can include those of Geek, Fashionista and Executive to the mix. The concept of archetypes have been used to describe personality, business brands, economic habits, leadership and many also areas of life.

So how many archetypes does one person have?

While everyone can relate to all of the archetypes to a greater or lesser extent, we do have an infinite number of primary personal archetypes. If this were the case our psyche would go mad and implode with the chaos of it all. Rather we have a group of dominant archetypes that are particular to you, forming your network and connection with the collective unconscious and influencing your thoughts, feeling and habits as an expression of themselves or at times blending their energies.

Cover from King Crimson – In The Wake Of Poseidon

These archetypes can be identified in your nature – your stories, your patterns, your values and fears, your gifts and talents, passions and what others would call the idea of a typical you. Through inquiry and inner exploration, you can gain a sense of your primary archetypes. Although you can learn to discover different strengths and influences from all the archetypes of the psyche. But our primary archetypes express themselves through your characteristic patterns. We can also then look for and discover archetypal patterns in characters in literature, movies  and popular culture as well as in those around you.

Is it possible to change your primary archetype?

It is my personal belief that we are born with all archetypes and evolve and mature throughout life within our primary archetypes. I believe that our archetypal patterns are imprinted in our DNA and are under the same universal laws of nature as our other characteristics and abilities. Therefore, we cannot change our primary archetypes but we can mature their influences. For example you can transform a Wounded Child into a Magical Child, although you will always have the Child archetype as part of you. The wounds of our childhood may never leave us but they can be healed and as we mature we can expand their influence to include the suffering of other people and used to develop empathy and compassion.

As we learn about our archetypes we are able to connect with their power and develop an understanding of yourself and other people. We can discover the behaviour patterns and challenges, lessons and gifts associated with each archetype,  and the influence and expression they have on your personality. But it is important to recall that archetypes are facets of the psyche, they are not literal but rather energetic manifestations. It is impossible to specifically define archetypes as the patterns change to fit the individual. Two people may have the Warrior archetype but how it displays itself will differ depending on the situations and challenges of each person’s life, one may fight in a war zone while another may battle it out in a board room or sporting field . Archetypes may be impossible to exactly define but they are always recognisable and once you identify the archetypal patterns, you can examine your own, or someone else’s life, and see the subtle influence they have in our world. 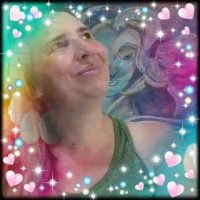 Bronwen is an artist, coach and teacher, a nurturer, a caretaker of wisdom, a truth seeker and an imaginatrix of what is possible. From Alice Springs and currently living in B… Read full bio