How Men are being Left Behind in the “Me Too” Movement. 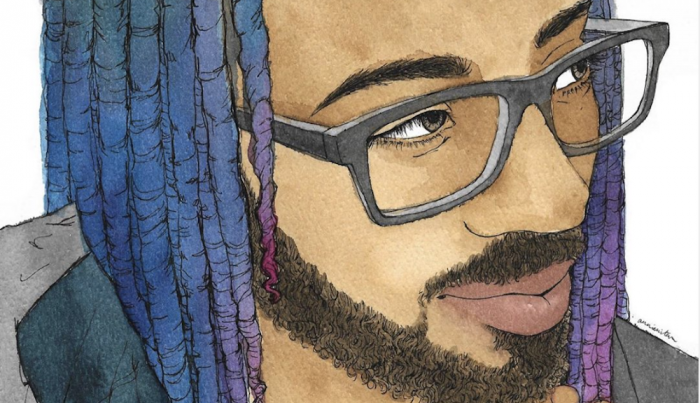 When are we going to start talking about the wounding and misinforming of our men’s sexuality?

The “Me Too” movement has revolutionized our world, opening up conversations and awareness around the abuse, wounding, and degradation of female sexuality.

This wound is thousands of years old and largely responsible for the suppression of women, not only in our American culture and society, but worldwide. As a card-carrying member of this painful and, until recently, largely unheard collective voice, I am amazed and excited that this “ugly” of our world has finally boiled to the surface. Now we can, and are, doing something about it.

What I don’t hear talked about on a large scale is the “me too” of men. It’s easy to point fingers and say “This man did this to this woman.” And yes, it is bad, horrible, and wrong.

But where did he learn that it was okay to do that? Who or what taught him to look at a woman as an object, or as inferior?

We tell them they are wrong for what they are doing, and it is true. But what about all the men who really do respect and value women? Is it really helping to change things if we aren’t looking at where those messages came from in the first place in order to change them?

It is a classic mistake we are all conditioned in—to make the person bad and wrong instead of the behaviour. This is also called shaming.

I was in a lumberyard recently to pick up an order of wood for the tiny house I was building. A tall man with red hair, maybe in his 50s, came up and asked what he could help me with. He had a suggestive smile on his face and the body language of “I’m attracted to you” I know so well. I told him what I needed, and he said, “I’ll do anything to help a piece of eye candy.”

For a moment, I was stunned. Did he really just say that? So I asked him what he said, and he repeated it. I paused for a moment, gathering myself. I had several options here: I could get angry and attack him, I could ignore it and continue on my way, I could laugh it off, or I could address it directly in a calm (as I could make it with a racing heart) way.

“Do you have daughters?” He was getting flustered now, and the other men standing around watching shifted uncomfortably.

“Yes.” He muttered, not meeting my eyes.

“Would you like it if some man said that to your wife or daughters?” My voice was shaking a bit, but I continued. “When you call me a piece of eye candy, you are objectifying me and discounting that I am a woman and a human being.” He flushed and stared at the floor silent. I asked politely if someone else could help me and continued my business.

I wanted to be angry and blame him. But what good would that do? I knew that he was probably just following the unspoken male code of his generation, completely unaware that his thinking and awareness of women was distorted by all the misinformation handed down to him from his father, maybe, or in the locker rooms or playing fields at school. What if no one in his life had actually said, “Hey, this isn’t okay for you to act this way toward women”?

I am blessed to be surrounded by extraordinary males. Most of them have shared with me that they are afraid to say anything to a woman or touch one, lest it be taken the wrong way. They haven’t done anything overtly inappropriate to a woman, but they feel guilty anyway every time there is another disclosure of sexual abuse.

Why is this? I’ve discussed this with at least 10 different men, ranging from 19 years old to 72 years old.

My friend Sam, 72 years old, told me this story:

“When I was a kid growing up in Oregon in the 50s, my best friends were two girls who lived next door. We played at each other’s houses almost every day. Then, when we got to be middle school age, all of a sudden I couldn’t go to their house to play anymore. Nobody told me why. Nothing sexual was discussed in my house, so I had no idea I was supposed to see girls differently at this age, but I now had the unspoken message that I could no longer be ‘friends’ with girls.

My dad’s ‘lessons’ were mostly accompanied by a belt, so ‘respect your mother’ left me frankly terrified of women. Then I got to high school, where I played any sport I could. The male culture there was, “Did you screw so and so last night?” and all the stories of how the guys around me ‘got some,’ which apparently made them ‘men.’

So now my value and worth as a man is connected to whether I get sex from a woman, and I am also afraid of them because I really know nothing about them, because they are somehow off-limits as a fellow human. Add to that the conditioning of a man to never be weak, don’t show emotions, and don’t let a woman rule you, and I was in a right mess of understanding.”

And we wonder where the rape culture came from…

Every man I have talked to about their history, and understanding of women and feminine energy, has a similar story to tell. Of little or no information about women that is accurate. Of a deep subconscious message that the value of a woman is between her legs. That if you like a female, it must be sexual; you can’t simply want to be friends. That it’s not okay to show emotions—those are only for women.

This wounding and distortion of our sexuality encompasses us all, male and female. We have all been programmed with dysfunctional behaviours that we act out of and pass down.

Let’s start the conversation of “How do we heal this in all of us?”

Every human has both masculine and feminine energies inside. Joined, they are what make us a whole being.

It is not enough to point fingers and speak to what is wrong. How can we bring back the truths of the sacred relationship between male and female, both within and with each other? 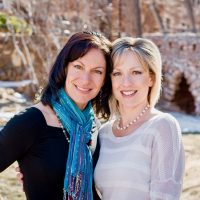 Sisters Diana and Donna Adair “play” every day at growing themselves, raising their vibration, and helping others do the same. In  2018, after 10 years of researc… Read full bio

Me Too: Sharing our Stories is Not Quite Enough. Me Too: a Good Man’s Perspective. A Manifesto for Real Men. Understanding the Vulnerability of Men.
See relevant Elephant Video