How to Hack the Aging Process & Reset your Circadian Clock with Melatonin. 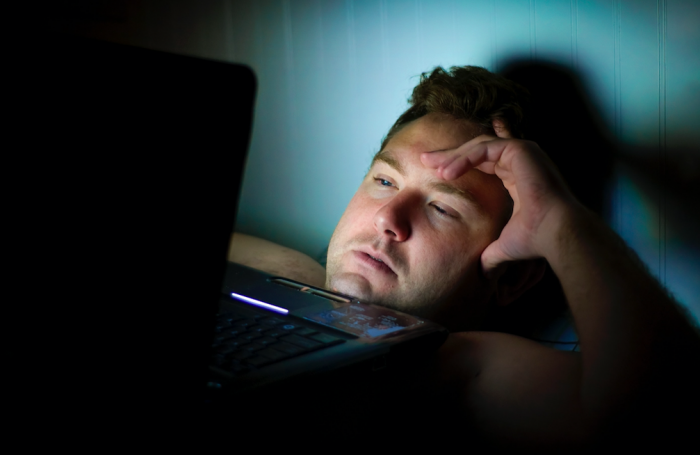 If you’re like most of us, much of your life happens in front of a screen—phones and computers are the medium through which we do most of our work and play.

Today in America, adults check their cell phones an average of 52 times a day and spend a whopping nine hours each day in front of a blue light-emitting cell phone, tablet, or computer screen!

Recent research has found blue light from screen time and LED exposure not only damages retinal cells in the eyes, but is also linked to accelerated aging.

Blue light is part of the visual light spectrum found in sunlight absorbed by the circadian control center in the brain, called the suprachiasmatic nuclei (SCN). The SCN regulates production of melatonin and the body’s biological clocks found in just about every cell of the body.

Most people think of melatonin as just a sleep hormone, but it is much more! Melatonin does induce sleep, but only so it can then do its detox, repair, rebuild, rejuvenate, and anti-age mission—every night.

This insidious imbalance, called a circadian imbalance, quietly disturbs the body’s biological clocks, now known to be linked to an exhaustive list of health concerns, including accelerated aging.

As we age, one of nature’s ways of getting rid of us is to produce less melatonin, literally causing an age-accelerating circadian imbalance. Living in sync with nature’s circadian rhythms is so critical for health and longevity that research on this topic won the Nobel Prize in 2017.

Not surprisingly, Ayurveda, along with many other traditional and time-tested systems of medicine, was founded on circadian principles of life in harmony with daily, monthly, and seasonal cycles. All these rhythms are dependent on precise production of melatonin from the brain’s pineal gland and a lifestyle in sync with light-dark cycles.

A new study published in Aging and Mechanisms of Disease found that blue light emanating from your phone, screens, and light fixtures could be accelerating the aging process, even if it is not shining in your eyes.

Fruit flies, which share the same developmental and cellular mechanisms with humans and other animals, are commonly used in studies to mimic humans. In one study, fruit flies exposed to 12 hours of blue light and 12 hours of darkness had significantly shorter life spans than when they had the blue light filtered out or when they were only exposed to darkness.

“The flies exposed to blue light showed damage to their retinal cells and brain neurons and had impaired locomotion—the flies’ ability to climb the walls of their enclosures, a common behavior, was diminished.

Some of the flies in the experiment were mutants that do not develop eyes, and even those eyeless flies displayed brain damage and locomotion impairments, suggesting flies didn’t have to see the light to be harmed by it.

Amber glasses can also be purchased that block blue light for extended work on the computer or in front of a TV. Then, finally, use old-fashioned incandescent light bulbs, candles, or salt lamps to dimly light your house in the evening. Once the sun sets, it is best to keep the lights low, so your nighttime melatonin production is not inhibited by bright lights.

It has been much less than 100 years that we have been exposed to bright, nighttime artificial lights, and we simply have not had enough time to genetically adapt to these circadian disturbances with new updated levels of melatonin production.

Candles and fireplaces, much like a sunset, are rich in orange hues that block out much of the blue light and are circadian safe!

Melatonin is a three-billion-year-old molecule found in every living creature, from the invisible to the botanical to the largest mammals on earth. Everything on this planet must be in sync with light-dark cycles to survive, and this has been governed by melatonin from the beginning. Because we evolved around melatonin and light-dark cycles, melatonin plays an executive role in almost every physiological function. But, how much melatonin do we need?

Research by another melatonin scientist, Al Lewy, found that we only need a small amount of melatonin. Studies show that a supplemental dose of 0.5 mg melatonin is just as effective as 5 mg—10 times less!

How to Use Low-Dose Melatonin for a Circadian Reset

To hack the aging process and reset your circadian clock, I recommend starting with 0.1 mg melatonin before bed for four to five nights, increasing by one drop every four to five nights until the desired effect (deep sleep and rested in the morning) is achieved.

Stay on that dose, but when it begins to stop being effective, drop the dose back down by one drop. If melatonin is encouraging production of your own, then it makes sense that your supplemental melatonin needs will go down over time.

Keep lowering the dose by one drop over time to find the minimal dose your body needs. If you are young (below 50), you may end up not needing any melatonin supplementation as your circadian clock resets. If you are over 50 and the body’s production has decreased due to age, you may find that just one to two drops (0.1-0.2 mg) is all you need long-term to hack the aging process.

To reap the benefits of your anti-aging hormones, avoid blue light as much as possible. Stay in sync with nature’s light-dark cycles, and use melatonin if needed to get yourself back on track.

The Science of Why we Can’t Sleep (& How to Fix It). 10 Ways to Naturally Increase Your Melatonin Levels.
See relevant Elephant Video