3 Simple Stretches that made me Conquer my Life. 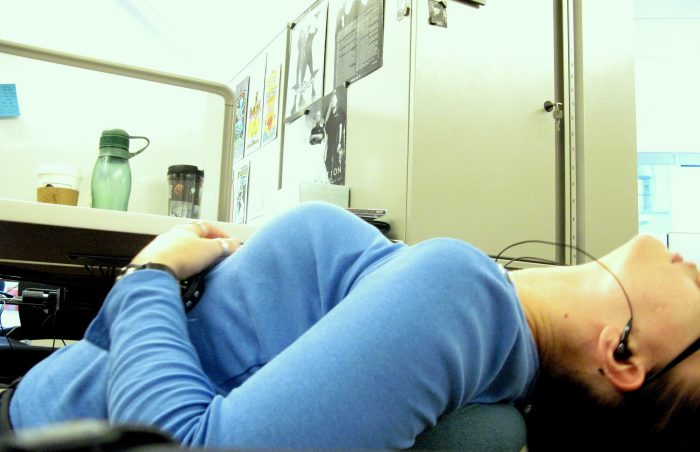 Elephant is not your doctor or hospital. Our lawyers would say “this website is not designed to, and should not be construed to provide medical advice, professional diagnosis, opinion, or treatment to you or any other individual, and is not intended as a substitute for medical or professional care and treatment. Always consult a health professional before trying out new home therapies or changing your diet.” But we can’t afford lawyers, and you knew all that. ~ Ed.

I was sitting on a street corner in Bogota, waiting for the pain to subside.

After a few hours of walking on concrete, my back was in protest mode. Shooting pain was burning through my lower lumbar.

“I need to stop,” my voice had squeaked out.

“So sit down,” my boyfriend replied.

“Just for a minute,” he encouraged.

That minute turned into an hour as the pain continued.

If I hadn’t felt so squeamish, I would have lain on the ground in Savasana. Over the years, that’s what I’d learned to do when my back was spasming. But instead, I sat on the curb, staring at the people walking by.

I wondered if I’d ever be able to go for a walk without worrying about my body breaking down. At that moment, it didn’t feel like I had control of my destiny. Nor did it seem like life was mine to conquer.

In a conversation with a yoga instructor, I learned about a series of modified yoga poses that had helped her body recover after a car accident.

“Do you think these could help with back pain?”

She was reluctant to make any promises but said I should try them.

I was so intrigued that I asked her to show me the stretches right then. Standing next to the check-in desk at the yoga studio, she walked me through the three basic exercises that would ultimately transform my life. I wrote down the name of the practice, and the minute I got home, I googled two words: Foundation Training.

I found a video of Dr. Eric Goodman, a California-based chiropractor and the creator of Foundation Training. He explained back pain in a way that finally made sense to me.

What I discovered over the next few months of research and practice was that my posterior chain (all the muscles that run along the backside of our bodies) were weak. Very weak.

I skeptically decided to commit to doing three main Foundation Training stretches for three minutes per day. That’s it. Nothing more.

I did what Goodman refers to as the Founder, the Woodpecker, and the Foundation Plank.

I wanted to make sure the practice was so easy it would be un-quittable. I’ve done yoga since I was 12, but I’ve never been someone who does a daily practice.

To be clear these stretches aren’t yoga. They’re modified yoga poses designed to heal and strengthen the body with a focus on decompressing the spine. They’re intense. Not like anything I’d done before.

Within a few months of starting my minimalist stretching practice, I had muscle definition in places that had been flabby and weak my entire life.

Within six months, the back pain was nearly gone. Four years later, I still do those exercises every day, and the back pain and spasms have disappeared. But that was just the tip of the success story.

What I didn’t realize when I started a simple stretching regime was that through the process of healing my back, I would also conquer my life.

In 2015, a few months before I met the yoga teacher who would show me these exercises, I had made a commitment to getting rid of the back pain. I wanted to pursue filmmaking, and I knew it wouldn’t be possible if I was constantly dealing with pain. I needed to have the strength to lift heavy gear, set up lights, and be on my feet for 10 hours without having a physical breakdown.

When I saw that my dreams would only be possible if I healed my body, I made a commitment.

I didn’t know how I would achieve it, but banishing back pain became my number one priority.

Serendipity brought me the answer. Determination and the belief that things could get better made me stick with it.

This experience taught me to trust myself and trust the universe.

There’s an answer to all of life’s struggles. We might not think there is. We might want to give up. But if we stick with our intention, no matter what, the answer will eventually surface. The key is persistence. We don’t need to keep hacking away at a solution that isn’t working. But we do need to keep listening.

If we persistently hold our intention and continue trying new things, something will eventually click.

Before this experience, my belief in myself and the level of trust I had in the universe and my intuition was low. I didn’t believe that I held the reigns. It’s strange how three simple exercises could transform my belief system so significantly. But they did.

Years before, in English Literature class, I’d read the poem “Invictus” by William Ernest Henley. The last stanza in the poem struck me.

“It matters not how strait the gate,
How charged with punishments the scroll,
I am the master of my fate,
I am the captain of my soul.”

The confidence of the writer was palpable.

At the time, I felt the same. I believed in myself and my ability to steer my own fate. But over time, that belief had wavered. When challenges hit, my confidence took a blow. I wasn’t sure how much power or agency I really had.

This experience of transformation gave me one important lesson: I actually am the master of my fate.

I can’t stop challenges from coming my way. But I can make choices about how I respond to them. Now I see that change is possible if I’m willing to make a commitment.

To “conquer” life we must master ourselves from the inside. Truthfully, it’s less about conquest and more about surrender. If we trust the universe and commit to our intentions, the right path will always reveal itself.

A year after I learned those three exercises, I took a trip into one of Canada’s oldest forests: Carmanah Walbran. It’s a place steeped in ancient wisdom. As soon as I stepped foot in the forest, I could feel my body enter a state of deep peace.

Because I’d healed my back, I was able to trek through the woods carrying 20 lbs of camera equipment without worry. It was the most grueling trip I’d ever taken, in a place that I’d been dreaming of visiting since I was a child. And it was only made possible thanks to a single commitment.

The girl sitting on a street corner in Bogota had been transformed. 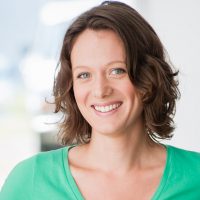 Colette Nichol is a story strategist and seeker based out of rainy Vancouver. Obsessed with personal development and feel-good marketing, you can often find her attempting to … Read full bio

How I Cured 15 years of Chronic Back Pain in 90 days (& How I unwittingly Caused It). 5 Simple Yoga Poses to Relieve Low Back Pain. The Only Yoga Pose that Matters.
See relevant Elephant Video