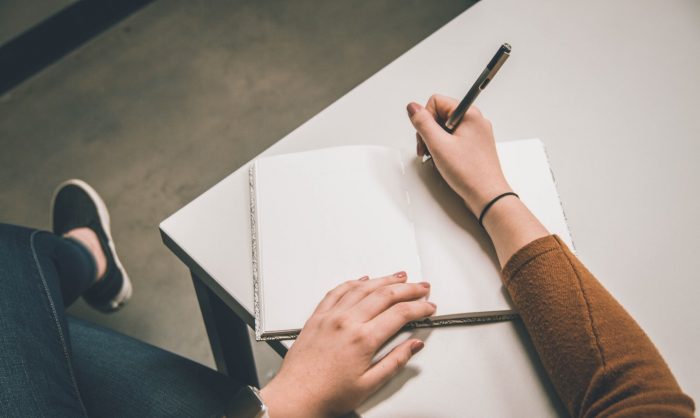 You are a dreamer and a doer. You have goals and a vision and you are ready to pounce in order to make them happen. Success is beckoning and you can feel it just out of your grasp. It’s time you discovered the key to ending the struggle and reaching your goals.

Many motivated and goal-oriented individuals are unaware that the number one thing preventing them from reaching success is their limiting beliefs. These limiting beliefs are essentially blocks that were programmed into each one of us, often as children. Internally, we seek to protect these beliefs, which ends up preventing us from moving forward in our lives, health, and businesses.

Karina Ramos​, founder of the Voyage Society, believes one of the most common limiting beliefs is imposter syndrome.

“Most women entrepreneurs have this because they don’t have much esteem or confidence when it comes to sharing their values,” Ramos says. “They turn down opportunities thinking they are not ready.”

Ramos teaches that the best way to rephrase this limiting belief is through affirmations that change your internal language. You repeat your affirmations until your subconscious mind accepts it as your truth. Since belief systems determine how you take action, it’s imperative that your mindset is cohesive to your values and goals. Realize that you wouldn’t have your dreams if you weren’t meant to do them.

A great affirmation to use is, “I’m highly paid for being me.”

Rapid Transformation Coach, ​Natasha Leigh Bray​, acknowledges that a lot of women entrepreneurs think that in order to have one thing, they must sacrifice something else. They think, for example, that in order to have a good career they need to sacrifice their relationships and personal time. This limiting belief tells them that they can only have one thing or another, but not both.

Bray says, “This is all due to a fear of success due to the perceived negative consequences that can come with success. Playing small is not only limiting you, it’s stopping you from stepping into your true potential impact.”

Fortunately, it’s possible to reframe and rewire this belief by discovering the root cause and recognizing that your current perception doesn’t represent your current reality.

Executive coach, ​Julia Cha​, says that our beliefs and conditioning are necessary for survival, helping us fit into our environment, keep us safe, and survive the jungle of childhood during our formative years.

“When we run into adult problems, it’s important to note that they are just symptoms of old beliefs that are no longer working for us. You can understand that the programming that once helped you survive no longer helps you to get the results you want. These old beliefs that hold us back are limiting beliefs,” Cha says.

She recommends that the best way to reframe this limiting belief is to think about the outcome you want and ask yourself the questions, “How does this serve me,” “Does it have to be true,” “Who would I be without this thought,” and “What thought would help me instead?”

Jenna Faye​, Co-founder of Soul Meets Strategy, teaches that thinking “Am I capable of this,” shows up when someone is stepping into uncharted territory. This limited belief is sneaky and can come up to people disguised as a worthiness issue, causing imposter syndrome. It is commonly played out in humanity because people have been conditioned to think that things will go wrong.

“The key is to focus on influencing factors. I have a formula called ITFAR which equals Influences, Thoughts, Feelings, Actions, and Results,” Faye says. “What happens is when most people hit the limiting belief, particularly when it comes to their own capability, they go into overdrive of actions just to try to get results.”

Faye teaches that what people are overlooking is their influence. The people we surround ourselves with creates our reality. She says you need to ask yourself what are the immediate biggest influences in your life and what is most of your time going to?

“Much like a fisherman scoops out fish with the net, scoop out your negative beliefs.”

International Mindset and Business Coach, ​Susi Kaeufer​, says that this limiting belief is not unique and is particularly common amongst high-achievers who are always striving for success, high performance, and perfectionism. It makes people question everything such as if they are good enough to raise prices, ask for a sale, publish a book, or get a job promotion.

Kaeufer says, “This limiting belief is a sure sign that we are programmed to focus on what we haven’t accomplished yet, instead of our achievements. We are trained to notice how we could have done better, achieved more, gotten there faster, or how others look like they have it figured out so much better than we have.”

She teaches that in order to reframe it you need to create a success list. Start by focusing on their big and small achievements, listing all successes from your entire life. Then, list your smaller achievements at the end of each day. By doing this, you will train your subconscious mind to acknowledge and celebrate your wins, which will lead to the self-belief and certainty you need to reach your goals. 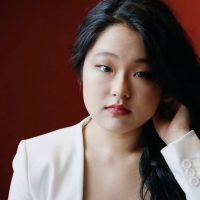 Clair Kim is a business strategist and public figure. Her insights have been featured on major publications such as the Huffington Post, Entrepreneur, Forbes, Business2Communi… Read full bio