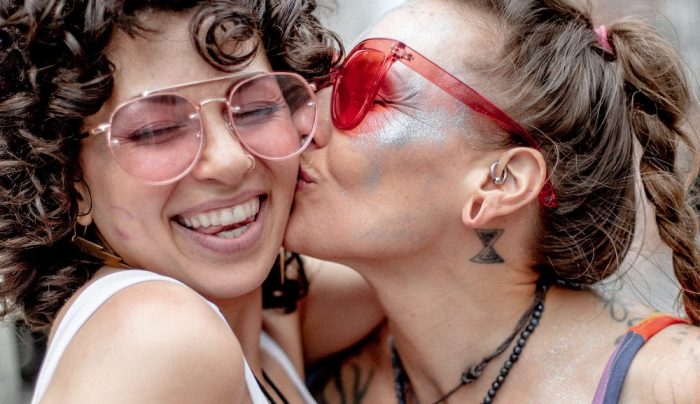 What does it mean if a woman loves sports, wears a flannel shirt, has super short hair, owns a cat, and moves in with her partner after dating just two weeks?

Why, she’s a lesbian, of course!

I’m sure you’re familiar with these common lesbian stereotypes, and it is often said that a stereotype is rooted in truth. So while not all lesbians actually hate men, perhaps this thought exists because they just don’t particularly need—or want—a man around.

They do love a good pussycat, though…

I know I sure could have.

For the first 35 years of my life, I was straight—at least as far as I knew. (One could argue I have always been queer and just didn’t realize it yet, which apparently happens quite often. But I digress.) I had it “all,” according to social standards of a desirable straight relationship.

I was married to a great man, we owned a house, we had two children and a dog. He did the typical “guy” stuff around the house, like taking out the trash, mowing the lawn, and fixing the sink when it clogged. I did all the typical “girl” stuff, like bathing the kids, folding the laundry, and dusting. He was usually the one to initiate sex, and I was usually the one annoyed by his attempts.

Scoff all you want, but having lived in the “straight world” for most of my life so far, I can confirm that the marriages of my large circle of friends were (and still are) just like mine was.

While I cannot speak for all women, gay or straight, I can confidently speak from the perspective of one who has lived in both “worlds.” Since my subsequent divorce and having dated only women since then, I have learned some things from my queer friends that would have made my life so much better had I learned them sooner.

So here they are, in no particular order:

Sure, men are nice to have around. They make great company, carry heavy things for us, and you might even fall in love with one. But you don’t need a man—or anyone, for that matter, to complete you. Everything you need is already within you (except the ability to impregnate yourself—but you don’t really need a man for that these days either).

2)  You’re beautiful just as you are.

You know all that stuff you do to look pretty—contouring, push-up bras, microblading, manicures? Let’s be honest…you do all that because you think it’s what makes you attractive to potential partners. Sure, all those things make you look pretty. But, as the lesbians already know, they’re not what make you beautiful.

What really makes you beautiful is being your authentic self. Your real, raw, weird, funny, silly, jiggly, just woke up in the morning in his T-shirt self. Just be you. When a partner loves you, they don’t really care that your tummy jiggles, that you haven’t shaved your armpits all winter, or that you have stretch marks. When it comes down to it, a real partner will love you just exactly as you are.

3) Sex is about the journey, not the destination.

I don’t know about you, but my sexual experiences with men (which may speak to the type of men I have been with) usually felt very one-sided. There’d be a little foreplay, then it was straight to wham-bam-thank-you-ma’am intercourse until he came. The end. Yeah, I should have expected more, but I didn’t know any better. And you might not either.

Lesbians know the secret to having those orgasms that you’re not having. Fingers and tongues are highly underrated, and trust me when I say they can be enough. Also, let’s not forget about toys—those are super fun too.

Lesbians hear over and over again from straight people: “So who’s the ‘man’ in bed?” While there isn’t someone playing a “man” or “woman” role during lesbian sexy-time, it does often involve one person being the giver and one the receiver. Therefore, orgasms don’t typically happen in tandem. That’s not a bad thing! Because for us, pleasuring our partner is the fun. We pleasure each other for the sake of pleasure alone. Sure, an orgasm is a great goal to have in mind, but amazing sex is not determined by someone having one or not. Many times, as sex should be, it’s about meaningful togetherness, not just a grand finale.

4) Gender roles are for the birds.

A relationship with two women is made up of…well…two women. If lesbians played by the typical gender roles, a lot of things would never get done. Instead, lesbian couples jointly share all the household responsibilities. Even though society tells you so, you don’t have to be a man to take out the trash or pay for dinner, and you don’t have to be a woman to fold laundry or do the dishes.

Do you know how badass it feels to be able to fix your own leaky sink? To re-tile your own bathroom? To install your own dishwasher, unclog your own garbage disposal, and change your own tire? I do. Because after my divorce, it was either do it myself or pay someone to do it. So I put my money into my own drill, sander, decent set of screwdrivers (they’re pink!), and so on, cozied up to YouTube, and learned how to fix my own sh*t. My kids think I’m an actual Superwoman. And I don’t know about you, but why pay someone to do something (or wait for your man to come home to do it) when you could just do it yo’ damn self?

Educate yourself about money. Know where your money is going. If you’re single, understand your cashflow. If you’re partnered, know where all your joint money is going. Sticking your head in the sand and leaving the finances solely up to your guy makes you codependent. I know you love each other, but you never know what could happen. There are no guarantees, so stay in control.

While you’re spending time trying to find the perfect husband, lesbians are busy doing all the things they want to do—traveling with friends, learning guitar, volunteering, drag brunch, and so on. Independence, aka not having to rely on anyone for your own fun or happiness, is empowering. Be your own savior. Take yourself to the movies. Attend that festival alone and make new friends. Fly solo to that place you’ve dreamed of going.

Go ahead and keep searching for a great partner. But nobody can be your savior, and finding a husband shouldn’t be your life goal. “Someday” is an illusion, so live your life now.

Lesbians, and all LGBTQ+ people, really don’t get enough credit. When it comes down to it, we are just like you. We want to love, to be loved, and to make the world a better place.

Maybe this is the elusive Lesbian Agenda we’ve all been looking for. 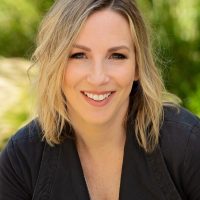 Shana Stanley is a certified hypnotherapist, mindset coach, teacher, mom, and carb enthusiast. After going through her own divorce and coming out, she has made it her mission … Read full bio

O! The Secret To A Full Body Orgasm. {Adult} I Don’t Need a Man to Take Care of Me.
See relevant Elephant Video