How to Intentionally Co-Create your Marriage. 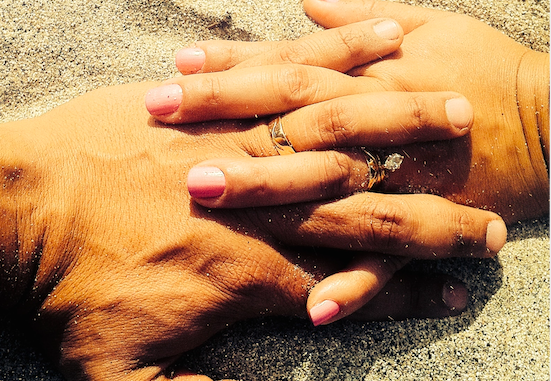 A while back, I published a story about how my wedding vows would be different if I wrote them today.

One of the things I mentioned in that story is that I did not promise to obey my husband, something that is a part of many marriage vows. But that was the only modification I made because I didn’t understand that I or we had any other options.

Marriage is just marriage, right? It all looks the same.

But 20 years later, I’ve co-created a marriage with James that looks very, very different than the traditional version. And we did it by talking about things. We see other people, but only together with no separate dates. That’s different than a lot of other people’s polyamorous lives, but because there are no inherent rules, as there are with traditional marriage, we get to make our own.

What we realized as we began to do this is that we’d fallen into a lot of roles and rules about what it means to be husband and wife in an unconscious way. Even though we had a good and fairly egalitarian relationship, there were still dynamics and aspects in play that only became conscious as we dismantled them. One of the most glaring of these was the idea of some kind of ownership. You are my wife, with all the benefits and restrictions that entails.

Instead, we now operate a lot more as individuals and as partners who talk about what we want and need, both as it relates to our household and our romantic lives.

Once we started talking about opening up and becoming polyamorous, we started telling each other a bunch of things that we would have never spoken of before. For example, I told him about his friend whom I was attracted to and how that was reciprocated. The friend and I never did anything about it, but there had just been this heat between us. I wouldn’t have thought to ever tell James about that at the time, because the unspoken rule is that this is not acceptable for married people, and so you just don’t bring it up.

Now that’s no problem for us, and we’ve actually had a discussion about how that is no problem. It’s not just because it’s some unspoken rule of polyamory. It could just as easily be fine in a monogamous marriage too if both parties agreed that it was. But my point is most monogamous couples never even think to discuss that because they are subconsciously bought into unspoken rules of marriage.

I have a friend who is a stay-at-home mom, and she’s married to a doctor. Even though he works outside the home and she doesn’t, he is still the one who does all of their cooking, because he enjoys it and she doesn’t. They have co-created an aspect of their relationship by talking about what works for them specifically, rather than just falling into the expected roles around it.

It’s completely fine to have a conventional marriage, but if you haven’t consciously chosen that and affirmatively agreed to the components of that with your partner, it’s really just acting out societal norms and expectations. Anyone who wants to co-create their relationship, even a monogamous one, might begin by simply asking each other questions, both about things you already do and things that you might want to consider.

“How do you feel about always being the one to make sure the bills get paid?”

“What would you think if I tried cooking once a week?”

“How would you feel if I shared with you when I feel attracted to someone else?”

There are no right answers to these questions because they are about people’s preferences and feelings. A lot of the answers may even be things that the other partner already intuitively knows. But since most conflict arises out of a mismatch of expectations, I think it’s valuable to be clearer about what you think and want, and how you imagine any given scenario is going to go so that you can be on the same page.

When James and I opened up our relationship, we did hours and hours and hours of talking things through before we ever got together with anybody else. This made sense because we were dramatically altering the way that we had been relating to each other and to the world as a married couple. Now, five years in, it’s a lot more ad hoc. We have few roles in our relationship or our household now, and things get done or worked out by having a conversation as needed.

“Are you cooking dinner tonight or do you want me to?”

“How often do you want to get together with Tamara?”

It’s also fine to have set roles and duties, as long as you’ve agreed that those work for you both. Ideally, this is done affirmatively and out loud, but perhaps in a connected couple, it could take place more subtly. However, from my own personal experience, I would say that just because you’ve tacitly agreed to do things a certain way doesn’t mean that you wouldn’t change some of that up given the opportunity.

I’m a self-aware person, but I had no concept of how much I was operating out of a role that I had not consciously chosen until we actively stripped those away and affirmatively co-created something else.

I highly recommend it for anyone in any kind of relationship style. It takes time and effort to actively co-create your relationship, but I think that it’s well worth it to live in a way that you have both mindfully chosen, rather than a way that has been chosen for you by other people. 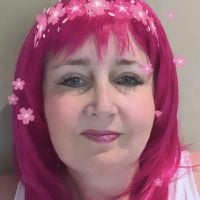 Marriage as we know it is Dying—what we can Rebuild in its Place. 6 Ways to Prepare for Unpredictable Weather in Marriage (& Relationships).
See relevant Elephant Video