Yes, I am still Single & this is the Real Reason I’m Not Available. 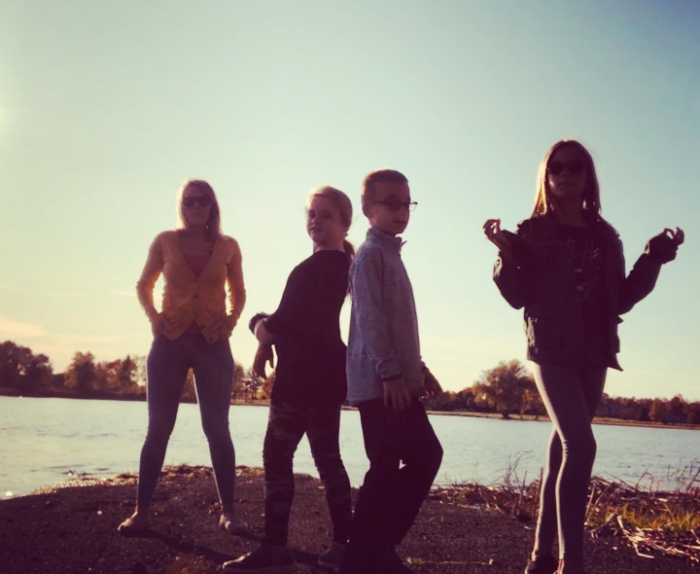 I was asked out today.

I almost spit out my coffee on the spot, and then I was awkward—in case you’re wondering how that went.

He commented on the misspelled name on his coffee cup and I snickered because usually it’s my name that is spelled wrong. Standing in the Starbucks assembly line, we started chatting about the area; he was travelling through and needed some guidance about the city.

I’m not one to chat usually—definitely an introvert whenever I have the chance to be—but a student of mine mentioned this week that we all need to look up from our phones once in while and greet people, and damn, she’s right. It’s basic kindness in a world that’s disconnected. Say hello, make eye contact, and smile.

Once my order arrived, and as I was pouring way too much cinnamon, he busted it out:

“If you’re here this time next week, I’ll make sure I am.” I laughed.

“Would you be around?” Oh, he was serious; I almost choked. Shit.

I cleared my throat. “I won’t be…but thanks for the offer.” Who says that? Me. I do.

Thanks for the offer. WTF.

He nods and tips his coffee to me before he leaves. And then I waved—yeah, I waved. Again, WTF.

When you’re not looking to date, you really don’t pay much attention to these things, and I don’t really have a type so I can’t say I even noticed him initially. I’m attracted to someone who can make me laugh: when sarcasm is dropped at the right time, when someone gets the complexity of dark humour and bad puns, when someone knows the seriousness of life yet still wants to laugh with me until tears run down my face or farts uncontrollably escape me, well…

A sexy smirk and a strong as fuck presence go a long way, even though I definitely don’t have a type, but he had nice eyes, he was dressed well, and didn’t once look at his phone when we were chatting even though it jingled.

But I’m not available.

I wrote an entire blog that went viral about how I am not available. A blog that initiated a great deal of vital conversation with friends, both men and women and many internet strangers about relationships, connections, consent, misogyny, and unwanted advances. The point of that blog was far more about men who think they can say inappropriate shit with a laugh, thus making it acceptable, and far less about why I am not interested.

This blog is about why.

Please don’t confuse my former experiences with douchenuggets—aka, a recent concert guy who brushed his hand on my ass so many times I had to move spots or risk inciting a bar brawl—with the innocence of Starbucks guy, who did it right.

In the weeks since the first blog exploded, I was forced to answer to my “perceived” bravado by both friends and foes alike. Was this stance more about not wanting my heart broken? About fearing rejection? Not repeating past failures?

First of all, let me clarify that I stand by my blog and every word in it. Keep your dick pics and drunken slurs to your damn self. I am just fine without a better half, a life partner, and especially do not want a husband, ever again. I am resoundingly happy, fulfilled, and complete all by my magical self. Imagine that.

But I would be lying if I said the idea of a broken heart, or a repetition of an unhealthy relationship didn’t bring up unwelcome feelings of trepidation and discomfort, especially when you’re a “give everything, all in” kind of person. I wear my heart on my sleeve, I love hard, and nobody wants that to be abused.

But the heart stuff is small beans in comparison to the monumental reason I’m not available: my commitment to the three humans I have been blessed with.

My intention of being an engaged and involved parent supersedes any romantic, fleeting moments that might arise from time to time. My wants are secondary to their primary needs. To the single mothers who do date openly, our stories and circumstances are profoundly different and I am proud of you. It takes tremendous courage to put yourself out there. Much love on that journey—however, it is not mine.

My interest might be piqued enough to consider wanting to get closer to a sultry eyed, sexy, smirking man someday, however, this guy was a random. We had just met in Starbucks. He better carry around a background check and a list of references, and since that is doubtful, I’m just going to pass. Thanks for the offer.

Maybe someday I’ll have a great friend, but they won’t ever be included in my mom life. And say it gets serious enough that they end up meeting my kids? It would be a fluke because we have mutual friends or mutual kid activities, but he would only ever be my friend to them, like many other great people in my life. My need to shelter them will require me to know so much about who he is before he ever gets past the wall I’ve created for them. I don’t have time or interest in less than stellar humans in my life in any way. I won’t put any man in front of my kids, literally and metaphorically—that’s my commitment to them.

Until my children are not living under my roof, I am married to them. I will choose them over and over again, and I will ensure they always feel safe, happy, loved, and protected. I didn’t plan on a divorce, they didn’t choose to see their parents split up, and they certainly won’t ever have to compromise this new reality or home or life for a new person. No big changes, no breakups, no bullshit. My kids are the priority and I would qualify his place in my life based on whether or not he does the same.

I may sound out of touch and stiff, and that’s perfectly okay to me. It’s painfully obvious I have no experience as a single person in today’s climate of Tinder and Bumble; I know that much. I don’t know the rules and actually don’t want to, but if I did date, I would make unreasonable requests far before I should and that would immediately and thankfully eliminate most suitors. I would want exclusivity because I am enough—trust me on that one. I would want privacy to do this quietly together, complete honesty, acceptance of my insecurities, beautiful imperfections, and an expectation that we would give 100 percent of each other when we did get to see each other, and unshakable trust and loyalty when we don’t.

I don’t need a man in my life; I’ve got things handled here. But if I ever decide I want one, he’d have to be a spectacularly solid human before I allowed myself to even consider it. So no, I’m still not available, Starbucks Shane, but you were nice. You approached me in a kind way and you made me evaluate the real reason why I’m not available to you. Well, actually, three reasons.

In the meantime, I will keep awkwardly waving goodbye. 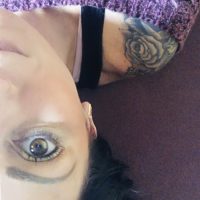 Paula Taylor is a yoga teacher, artist, TV show host, and writer. Her life’s mission is to be authentically herself, to live a messy, courageous, curious, and brave life, an… Read full bio

Yes, I am Single. No, I’m Not Available. The Reality of Life as a Single Mom.
See relevant Elephant Video