How Strong Women get Captured by Abuse. 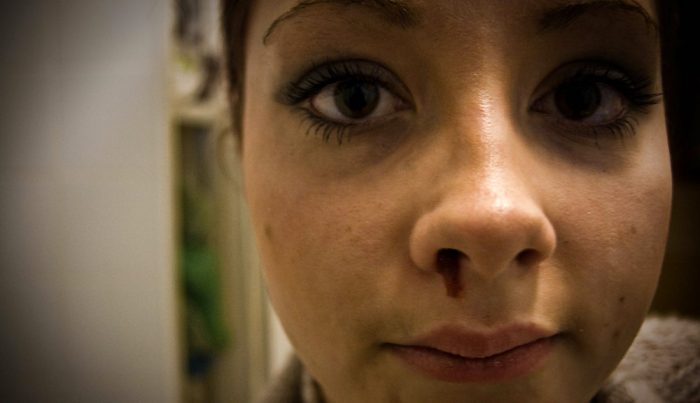 Years ago, I believed that only weak and vulnerable women stay in abusive relationships.

I used to tell my friends, “A man only has to abuse me once and I’d leave.”

But it turns out that I didn’t know what I was talking about. Because a few years later, a man did abuse me.

In fact, one drunken night, my then-partner choked me several times and slammed my head into a wall. You can still see the scar on my forehead from where I was stitched up.

I knew I had to leave him. I knew I deserved better.

But after the shock had worn off, I found myself apologising to him for provoking his anger. And a few days later, we were acting as if nothing had happened.

Inside, I was full of fear, resentment, and confusion. How could I possibly continue to stay with a guy who had, in a fit of rage, threatened to kill me? How could I share his bed? How could I bear to be touched by him?

But for months, we played the part of the happy couple.

There were moments when his temper got the better of him again and I fled. But I always crawled back to him. I was too afraid to leave—and too appalled to stay.

When I did find the clarity and strength I needed to leave him, I started to build a new life for myself. Slowly, I began to tell my story. I shared my truth with the intention to set myself free, and as I became more open about my experience, I was floored by the number of women who told me that they had had a similar situation or that they knew someone who had. I had no idea how prevalent it was. Nor did I fully grasp how taboo the subject of domestic abuse still continues to be.

On a side note, domestic violence doesn’t happen exclusively to women. Abuse happens to men, transgender people, and also those in same-sex couples. However, women are statistically more likely to be the victims of domestic violence. And here in this article, I am simply sharing my personal experience of abuse as a woman.

Why did it take me so long to leave and speak out? The truth is that I felt ashamed. I had always thought of myself as a strong-willed woman who was an advocate for women’s empowerment. And admitting that I had allowed myself to be physically and emotionally abused felt akin to acknowledging my own weakness and vulnerability.

Thankfully, the internal healing that has come since I chose to liberate myself has been deep and profound. And it has led me to understand that the reasons that a woman stays with someone who violates her trust and boundaries are complicated. They have nothing to do with her strength of character and everything to do with the deep feelings of shame she has attached to being in a relationship with an abuser.

In my case, I based my decision to stay on several things.

The first was that back then I was good at denying my reality. I had a tendency to question myself and my opinions. It’s incredible to think, but I found myself wondering if the situation was really as bad as I was making it out to be in my head.

Second, I held hope that he would change. My nature is to forgive and see the best in people, even when they haven’t earned it.

Third, I was fearful of people’s judgement. I was terrified of being seen as weak or stupid. And I was scared that I wouldn’t be believed and would receive blame and condemnation from his friends and family.

And fourth, I didn’t believe in my own self-worth. I put his needs before my own.

I based my decision to leave him on a life-changing moment when I suddenly realised that I deserved to be happy and treated with respect.

And thankfully, my story has a happy ending. I’m now in a loving relationship with the kindest, most loving guy, and we’ve built a beautiful life together on the Portuguese coast. Our wedding is in May.

My experience of domestic violence, no matter how painful, has been an incredible platform for growth and healing. Now, in my role as women’s mentor, I have been able to compassionately help the women who join my mentoring programmes to dig deep and understand where they are in unhealthy situations and allowing their boundaries to be violated. This doesn’t just happen in situations of domestic abuse; it can be in work situations, or with family or friends.

The point is, as women we have the right to be treated well and to feel safe, seen, and heard.

When it comes to domestic abuse and violence, it’s my belief that there’s a need for more frank and open discussions about it. And this is why I will continue to share my experiences where appropriate.

Because when we share our truth, it’s not only healing for ourselves but medicine for others. 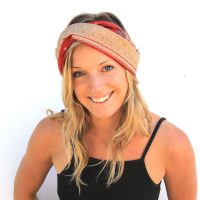