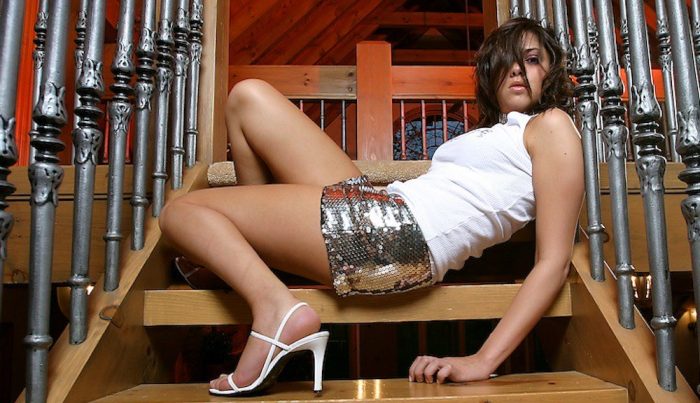 I committed myself a while back to stay off dating sites.

This was primarily because it seemed like I was wasting a lot of money to be involved in too much frivolous nonsense that never went anywhere. Sure, there would be occasional coffee meets and dinner dates, but I just wasn’t connecting.

I also noticed in myself a tendency to try hard to make any woman, whom I was even somewhat attracted to, like me. When I was able to do this, I would follow the thread all the way to the end before realizing that we had nothing to give each other. Their idea of fun would be going to see their ex-boyfriend’s Black Sabbath cover band, getting sloshed, and posting it on Facebook. Mine…not so much.

There was no malice intended in the poor decisions I was making. After going sometimes months without the slightest touch of another human being, I would almost unconsciously stand for things that seemed ludicrous at other times in my life.

Recently, a friend of mine pointed out that Facebook now has a free dating app that will match you to friends of friends who are also looking for that perfect partner. Initially, this seemed like a wonderful idea. Now you could meet people whom your friends could vouch for. Somewhat. As we all know, a lot of people have Facebook “friends” that they’ve never been in the same room with.

Regardless, it was free, so I didn’t think I had much to lose. I spent a couple of weeks communicating with various local women and decided to take a day off and have coffee with two of them to see if, perhaps, there’d be a spark.

My 12 o’clock coffee date confirmed with me the night before and then texted me at a quarter after 11 to inform me that she felt exhausted and would love to do this another time. I tried to find the most polite way possible to tell her not to worry about it. How polite it came off, God only knows.

My 3 o’clock coffee date seemed like it went really well; however, the next day, things felt kind of strained between us. The messages became more closed-ended, and I was spending a lot of time wondering if I was reading too much into it or picking up a hidden message. Upon realizing exactly how much time I was wasting on this exercise, I just stopped communicating altogether. It was way too much effort for too little reward.

In the past, I may have been too embarrassed to tell anyone these anecdotes. No one wants to give off the impression—rather publicly, I might add—that they can’t get it going on in the relationship department, but I feel differently about this lately.

Not too long ago, I binged every episode of a podcast called “Love Letters,” hosted by Meredith Goldstein from the Boston Globe. Each episode told a different story—and they were all informative and entertaining. Some, I’ll admit, got me emotional.

What really struck me about this podcast was a segment with a woman named Erin. Erin is a 45-year-old woman—who sounds incredible and lovely—whom the podcast has been keeping bi-weekly tabs on as she tries finding someone to love. She has been primarily using dating sites, but has even reverted to asking friends to set her up with available single people they know. As the third season closed a few months back, Erin has yet to find anyone suitable.

I have also noticed that she has hit brick walls from time to time where she too has just thrown in the towel.

I felt a lot more comfortable about my life after listening to all those episodes. Here is a woman whose search is being broadcast to virtually tens of thousands of people, and still…nothing.

I oftentimes wonder if it’s because of the world we are living in now. As we are all aware, things have gone off the rails as of late. I know in 2015 if I saw a headline on Twitter that read “Executive Order Signed To Allow Hospitals To Dump Medical Waste in National Parks,” I would’ve laughed. Today, I’d have no problem believing this is a reality. And living in this new world, I believe, has set a lot of people on edge.

It could quite possibly be that we are all still out there doing what humans do because it is still a biological imperative, but there has to be a certain subset of the population who is wondering when the explosion is going to happen.

This is, of course, just a theory and has no basis in fact—but, I’ll flatter myself to say, it’s quite plausible. No matter how you look at it, chronic dating fatigue is real, and I have noticed the onset occurring sooner as time goes on.

Last year, I would have tried going on a few more dates before giving up. Now after a week or two, I am committing myself once again to more fruitful pursuits.

Perhaps I will even volunteer to get those National Parks cleaned up.

I am Tired of Men wanting to F*ck me, but not Love Me. {Adult} A Psychological Condom for Online Dating: Don’t Feed the Narcissists. Yes, I am Single. No, I’m Not Available.
See relevant Elephant Video