How we can get Beyond the “us versus them mentality” of the Impeachment Trials.

The presidential impeachment proceedings in both chambers of Congress over the past few months are a display of our elected officials undertaking one of the most somber and important responsibilities afforded to them by the United States constitution.

The Founding Fathers, anticipating how a president might “pervert his administration” for personal gain or “betray his trust to foreign powers,” placed the power of impeachment of the president in the hands of Congress.

But in these divisive times, where the crevasses in our national politics grow wider and deeper every day, the effort to impeach President Trump for withholding funds to our ally Ukraine in return for discrediting a rival in the next presidential election, has played out strictly along partisan lines. Whether or not President Trump is guilty of “high crimes and misdemeanors” appears to have less to do with the facts of his guilt, and more with the majority party of the particular chamber: the House of Representatives, with a Democratic majority (232 to 198), and the Senate, with a Republican majority (53-47), both voted accordingly.

Electoral politics in the United States have become more polarized than at any time in our history, except perhaps during the Civil War. Historically, the U.S. has operated as a bell curve, with a large center where political opinions often crossed party lines. In the second decade of this century, we’re confronting more of a “dumbbell” curve in which the partisanship of both parties is paramount and the middle is, in many cases, all but gone.

This is a disturbing evolution, and one that has frightening implications for the future of our democracy.

Much of this “us versus them” rhetoric is a result of the changing nature of our sense of individualism within communities of diverse perspectives. Today, we de-emphasize community and diversity, while emphasizing egoism. Such self-reference is fueled by a constant flood of information that affirms our already strongly held beliefs. We might call it “psycho-sclerosis,” or a “hardening of the attitudes.”

Hunkering down within our entrenched belief system not only accelerates righteousness, but creates an identification with our points of view so that those who believe otherwise appear to us as “the other”—or worse, “the enemy.” As soon as that happens, our capacity for reasoning begins to decline.

We are made to think that we can talk people out of their points of view if we give them the right “evidence.” But, political biases actually distort our ability to reason logically. In the battle between emotion and rationality, emotion usually wins.

Examining our reactions to opinions we don’t share and separating the person from the point of view is an important step we need to take to shift away from the dangerous tribalism that’s taken hold.

Consider some of these approaches:

1. Recognize the angle in news sources. In the age of bifurcated media and social media streams that let us select who and what we are exposed to, we can easily find the information we want to believe, and discard other information as “fake news.” Strive to see the point of view that a news source has taken, and look for other information that may provide other perspectives. Reserve judgment, and investigate the truth beyond the commentary.

2. Bring an awareness to hidden biases. Hidden prejudices and biases are surprisingly influential underpinnings to all the decisions we make, affecting our feelings and, consequently, our actions. And there are times when not recognizing this influence on our choices and decision-making can do great harm. Dealing more effectively with unconscious bias involves, in part, something as simple as just noticing biases and not letting them create blind spots in our thinking.

3. Focus in on gut reactions. If we pay attention, we can sense when we’re reacting from an emotional place. Even if we can’t recall the incident that triggered the emotion, the very fact of sensing that we’re reacting to something from the past can help us “dis-identify” with the reaction and create freedom to choose a different behavior.

When we move from a gut emotional reaction to a more thoughtful contemplation, in essence, we’re moving from fast brain to slow brain thinking and allowing ourselves to form a more measured reaction.

4. Take opportunities to hear others’ ideas. It’s incredibly valuable to engage with different points of view, but it’s essential that this happen as dialogue rather than debate. Learning to listen actively to points of view we may not agree with, while resisting the tendency to convince others or win the argument, can translate to better understanding and new insights.

It’s obvious that political differences create different realities in our experience of what’s going on in the world around us. Still, it’s important to validate the humanity of people on all sides of an issue. Who we are and who we want to be as a society will ultimately be defined by our ability to raise our consciousness level beyond our tendency to simply react from biases. 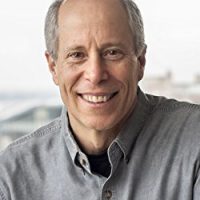 Howard J. Ross is a lifelong social justice advocate and a principle in Udarta Consulting. He was previously the founding partner of Cook Ross, Inc. He’s considered one of t… Read full bio

“Dear Elephant, if you keep doing this BS I will unfollow.” My response. ~ Waylon The Decision to Impeach will Transform the Nation.
See relevant Elephant Video