Stop Telling Single Women to “Play it Cool” & Love Themselves Instead. 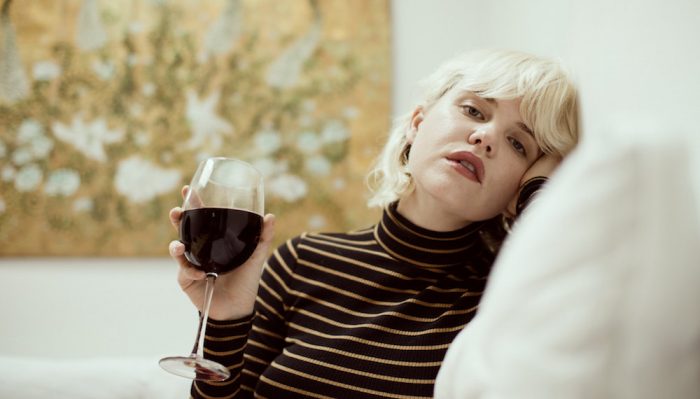 Few would tell a frustrated employment seeker that the most successful path would be to simply, “Stop looking; a job will find you when you least expect it.”

But that’s precisely the advice given to single women in the form of, “Stop looking; you’ll find a partner when you least expect it.”

As a single woman, this advice subtly shamed me for being proactive, as if I was contributing to my own demise by openly holding a desire to have a partner and, even worse, taking apparently dangerous proactive action.

Where did we develop the cultural idea that it’s “bad” to want a partner? That positive action will jinx the results?

It’s not considered standard practice to suggest that someone will achieve wealth by first being poor, but somehow the suggested path to partnered love is “self-love“—aka, the opposite of the desired effect.

Women’s desire is still often considered dangerous, and I have been shamed and blamed for my own spinsterhood. For wanting a partner but for also being part of my own process and participating by sending messages and calling men. For wanting a man at all, because I truly ought to be able to utilize the modern tools of “self-care” to fulfill my every need.

Apparently, it’s my personal responsibility to uphold the “meet-cute” fantasy version of love, even though statistics show that a staggering number of millennial men have never asked a woman out in real life. I don’t live in the United Kingdom, but it’s interesting to know that many men have never once had this experience. Yet I’m subtly to blame for not being able to lean back enough to get it.

The meet-cute version fetishizes the idea of meeting “the one” partner who’s specifically put on earth for me by absolutely, complete, utter accident—in a line at the movies or through an accidental gentle-but-startling bump in a subway station. In this version, two people look into one another’s eyes and instantly “know.”

I have long wondered what information we are to “know” in 0.7 seconds. I’ve been assured that “you just know.” But the most common place people meet their future spouse is at the office, yet it’s a truly rare experience to complete your orientation meeting at a new job and “know” that you will be having relations with Bob from Accounting in weeks or months or years from now. So this “knowingness” is also limited to unplanned encounters that require even less effort than a workplace.

The idea of meet-cute also relies on the concept that two strangers with nothing to tie them together except an accident will have common enough values, communication styles, desired outcomes, life goals, and interests to make it work. Two people with no common social ties who haven’t previously crossed paths is one of the greatest sales offerings of Tinder, but only a scant one percent of those dates turn into meet-cute magic.

And even then, it’s seen as a lesser achievement because it wasn’t in the wild.

The underlying message of this advice to singles is that it’s best to wait. It’s best to live your life and hold out for this gold standard meet-cute, because female desire and associated action leads one down a path of disappointment. It’s an implication that you will have special information when you meet this stranger by accident that you will never have by participating in your own process and organizing the date yourself by way of Tinder.

Thou shalt not want.

I truly believe we should be every bit as proactive and discerning in our dating life as we are in the job market. Apply, interview, gather background information, be appropriately educated. Self-care and self-love are great, but they are not able to offer the love or lessons of relationship, partnership, or commitment to another.

If you are single, it’s likely not related to your expectations of meeting someone any more than it’s the failure of an unemployed person who lacks a job for expecting that she might eventually actually get one.

The Dating Wounds we Carry after years of Being Single. Stop Telling Single Women to Love Themselves First.
See relevant Elephant Video