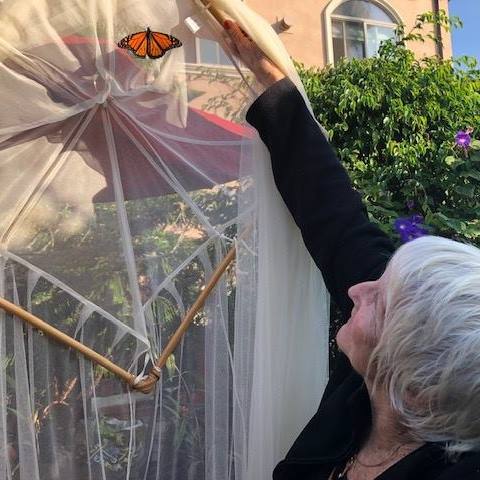 I am a big believer in the power of “Bucket Lists.” How else can we provide the universe with such a clear message about what we want?

“Bucket list comes from the phrase ‘to kick the bucket‘ which is a figure of speech meaning ‘to die’.

It might also be called the “Kicking the bucket list;” what we want to do or experience or have or be before we die.

Making said list requires you to become very clear about what elements you want, not what you don’t want, although that can work as a starting point too. Some of us have a much easier time expressing what we don’t want. That can be a helpful tool because we can then ask ourselves, “Well then, what do I want?”

Example: I really, really don’t like lima beans and I spent a lot of time after dinner, as a child, sitting in front of a plate that had a pile of lonely lima beans that I pushed around, trying to make them more appealing. Can you relate? (Actually, the thought of eating them made me want to gag!)

steamed zucchini with mushrooms in butter,

I don’t even know where my formal bucket list is , but I can tell you that I am living it right now. For instance, I wanted to raise Monarch butterflies, but there were obstacles; Monarchs are very picky eaters. Their plant is the milkweed, different varieties in different parts of the country. Starting milkweed from seed is challenging and it was keeping me from even starting to fulfill this important bucket list item.

One day I got off the 405 freeway, using an off ramp that I rarely use. Lo and behold, it dead-ended on Western Avenue and smack-dab in front of me was a nursery with a Big sign that read, “MILKWEED.”

I didn’t turn right, I didn’t turn left, I didn’t pass “GO.” I crossed Western Avenue and drove right into that nursery driveway! I was beyond excited! I bought a flat of 4” pots of MILKWEED. Unbelieveable!

I planted them around my yard and waited. Impatiently. Now what?

I was talking to my neighbor and he told me that his son, Jack, had raised butterflies from a kit that had been a gift. Jack got curious and came over to see my plants. He was 12 at the time and a very delightful person. He started finding the tiny caterpillars and bringing them to show me. Talk about “eyes to see!” They were invisible to me at first.

I learned that I needed to protect them, as they have predators (i.e.: wasps will lay their eggs in the caterpillar), so I put them under a net. They eat and eat and eat until they grow fat and climb to the top of the net to “pupate,” or, create the cocoon. Think: The very hungry Caterpillar by Eric Carle.

OMGosh, watching my first butterfly emerge was absolute heaven. I felt like I had a ring-side seat to witness a miracle! And I was hooked. I never get tired of it. When I see the color change that heralds the birth of a Monarch, I am visiting the net constantly.

Witnessing the struggle to be born is like witnessing our struggle at birth. They wiggle and squirm and crack open the chrysalis and then use their legs to push off and out of the shell that is now too small. Their abdomen is swollen with a fluid like blood that they pump into their wrinkled, miniature wings. The wings become more and more magnificent as the adult Monarch rests and dries, preparing for flight.

The bright orange wings with black veins and borders become clearly defined. It looks like nature’s art department paints the white polka dots on the borders and thorax. I am in awe.

And now, I am an official Monarch butterfly Mama! I truly do feel a sense of pride and accomplishment.

That first season, I started in the fall, and only released about 24 gorgeous Monarchs. Last year, I started in spring and released over 100! I felt like I was contributing to the Monarch population, which was part of my motivation. Right now, my plants have been pruned and have already attracted a female who laid eggs on the stubby branch leaves for this season.

I totally believe that none of this would have happened if I had not clearly visualized the outcome. I attracted everything that I needed.

And, I opened myself to the Grace to allow it to happen!

Another item on my Bucket List is to write a book. In January, I received an offer from “Elephant Academy.” Somewhere in time I had subscribed to receive their articles. I enjoyed them but didn’t really understand what the Academy was all about. On Sunday, February 2nd (Groundhog Day), I received an invitation to join their Winter Session to “Find My Voice.” I learned that it was offering 60 days of writing instruction with group support.

I signed up! I had to. It was on my bucket list! I have one week left and I am ever so happy to be activating this part of my dream life with the help of this global community.

So, dear reader, what is popping up for you? Get your paper and pen out, start dreaming, and write your list! It doesn’t have to be perfect in this first draft. In fact, this list is a living, breathing, morphing entity.

Take the lid off the idea pot and don’t censor. You will discover things that you had totally forgotten. Remember, way back, when you were a kid. Yeah, those dreams! How can you invite them into your life now? What form might they take? So you can’t be an astronaut, how about going to NASA in Houston to check out the Space Center. Start by signing up for their newsletters.

Or, because we are all spending more time at home, how about posting on social media that you want to start a “Bucket List” group. You can meet online. There is great energy in group support. Get creative with this.

After the movie, “Bucket List” came out, I offered an exercise in sharing our lists at a family gathering. I was surprised that everyone wanted to do it. We took an hour break and created our lists. We all learned so much about each other as we shared the lists. I am inspired to get those lists out of their folder and send them to my family members to remind them.

This is a time when we could use some inspiration to invest in our future.

P.S.: I just found my first tiny caterpillar of this season, barely the size of a thread, only ½” long. It was hiding on the underside of a leaf. I already tucked the plant under the net. The cycle has begun, again! There is hope in that for me. 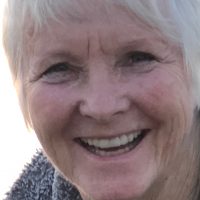 Susie Bottomley is a native Californian, who has lived in a beach town near Los Angeles for the last 49 years, raising three children and leading an adventurous life through w… Read full bio