The Opioid Crisis has Ruined our Lives—but not because of Addiction. 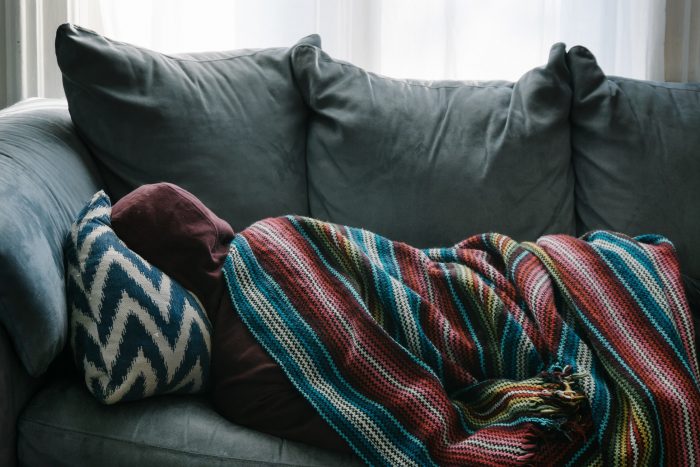 The opioid crisis has ruined our lives.

But not for the reason you might think. Not because of what you’ve heard in the news about addiction and overdoses.

My entire life has been turned upside down because my mother is a chronic pain patient.

She fell from a step ladder when I was eight years old and suffered a traumatic brain injury as well as permanent damage to her neck and back. Her entire life shifted that day, and mine as well, although I didn’t comprehend it back then.

In a sense, I lost the woman I knew as my mother. She became confined to her bedroom, hardly able to tend to herself, let alone to the responsibilities of her job or family life due to crippling pain. The woman who emerged years later, doctor after doctor, neurologist after neurologist, therapist after therapist, was not the same woman from before the accident. Her nerve damage cannot be cured and she will live the rest of her life restrained by these injuries.

But here’s what no one wants to hear: opioid pain medications gave my mother her life back.

They allowed her to live a relatively normal life for the past 20 years. No mind-blowing highs or states of ecstasy here–which is all the media ever seems to talk about in reference to opioids.

Freedom from pain restored my mother’s agency. She took up painting to find peace. She pursued self-defense classes and fitness regimens to find structure and rebuild her withered body from years of inactivity. She dedicated her free time to visit the local nursing homes and give company to the elderly. It’s funny because looking back I can hardly remember the details of the two years my mother was absent from my life due to her pain, only these happy memories. I simply blocked out the bad. Looking back on all this, only now can I truly comprehend the strength and resilience of my mother.

It goes without saying that the misuse and abuse of opioids have left a mark on this country. We hear about it every day on the news. We discover that close friends and family have been quietly battling addiction—sometimes only after it’s too late. But this isn’t the full story.

What you won’t hear much about is the domino effect this has caused in our medical system. The opioid crisis has caused widespread hysteria in healthcare, and chronic pain patients who take these medications responsibly under the supervision of their doctor are being abruptly cut off from the medication that allows them to function, and they’re left with no ongoing support. Chronic pain patients include people like my mother, injured veterans, and cancer patients, among others with a wide array of diseases and conditions that simply cannot be cured.

Misinformation about the risks associated with opioid prescriptions played a huge role in the overprescribing that contributed to today’s opioid crisis, but as we make a much needed cultural shift in how these medications are handled, an unfair stigma has been placed on the shoulders of patients who use these medications responsibly to manage complex chronic pain conditions.

The media has failed to adequately report on these patients, who have been abandoned by their doctors who fear losing their license if they continue to prescribe. While you hear about overdoses on illicit fentanyl and heroin, you won’t hear about the patients who have committed suicide after they were left bedridden in agonizing pain. The “opioiphobia” is so severe that even terminally ill cancer patients are being denied opioid pain medication to relieve them from pain during their final days.

Does this really make sense to you?

But what about yoga? Oh, CBD works wonders. Kratom’s the newest thing! Have you tried acupuncture? Just come back every month so we can inject steroids into your nerves–nevermind that this treatment only provides temporary relief and is unsustainable over long periods of time.

Over the past two years, my mother has subjected herself to every “alternative.” If you can think of it—we’ve tried it. My mother is being denied access to the one option that provided adequate relief from her pain.

When I advocate for chronic pain patients, I am not disagreeing that there is an opioid crisis in this country. However, the narrative surrounding this issue is one-sided and fails to acknowledge the concurrent pain crisis.

One night, during a particularly bad pain flare, she fell and suffered a concussion. Thank God I was there to get her help, but as I cleaned up the blood and tried to make sense of what to do next, I was overcome with rage and frustration thinking that none of this was necessary. My mom fought to rebuild her life once before and now this has been ripped away from her and I am watching her deteriorate day by day all over again, only to be met with judgment and chastisement at the doctor’s office: “Well, it’s not like pain can kill you.”

Yes, an actual doctor said that to me in response to my mother’s situation.

I’ve had to stop and recognize that I am privileged to say that this is the first time a one-sided narrative has impacted my life so drastically. So badly I just want my friends and family to be aware. I want the conversation surrounding opioids to be most nuanced. But when I do try to open this discussion, I can see the uneasiness in people’s eyes when the word “opioid” is used. Suddenly my mother’s health situation is unrelatable and any empathy dissipates in a cloud of awkward, unspoken judgment.

The media-generated fear and hysteria make it nearly impossible for chronic pain patients and their advocates to seek support. I’m tired of carrying the burden of this stigma alone.

If you or a loved one is also fighting for adequate treatment for chronic or irretractible pain, you can get involved through the Don’t Punish Pain Rally organization. Members are collaborating to contact their local representatives and organizing rallies to be held across the country on March 20th to bring attention to their plight and demand reasonable reform to opioid prescribing. You can find more information on the Don’t Punish Pain Rally website and Facebook group. 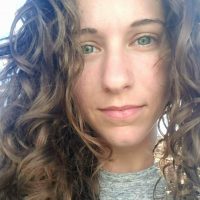 Jennie Raye feels compelled to write in order to elevate the voices of pain patients whose cries are stifled amid the opioid crisis. … Read full bio