We Can’t Cure Depression With Our Depressed Minds. 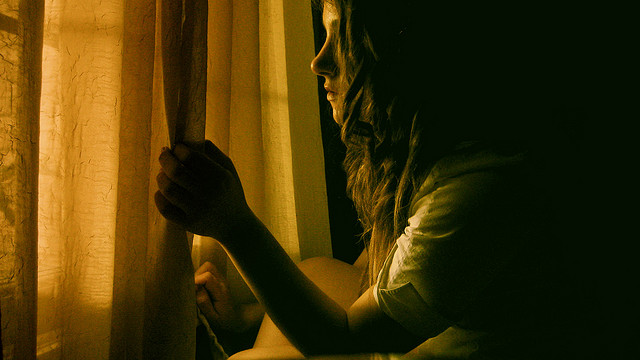 Medication is not the enemy.

Over dinner with a friend recently, the subject of depression came up. She’d started taking medication a few months before.

“I can’t believe I waited so long,” she confessed. “I really thought that I could manage it on my own,” she said. “With herbs and exercise…”

“I know,” I said, nodding. I stabbed my fork into another oily Brussels sprout.

“I feel so much better. And I’m sleeping!” she said, smiling.

“Why do we feel like we have to do it ourselves?” I asked her. Like me, my friend had experienced regular bouts with depression for many years. And like me, she tried valiantly to manage it naturally.

It’s hard enough to have depression. It’s even harder to believe that it’s our job to cure it.

I was 20 when I experienced my first major depressive episode.

On my own for the first time in a big city, the amazing life I’d imagined was failing to materialize. Months passed and I couldn’t seem to make friends, secure a tolerable job, or even drag myself down the hill to the college classes my parents were paying for. While Seattle stretched and hummed outside my windows, my world shrank down to the futon in my cluttered studio apartment.

Though I never seriously considered injuring myself, thoughts of death crowded my mind. I panicked that loved ones would die, and I thought often about the inevitability of death, the unfairness of it. It was as if my brain had grown mist and mold, distorting my thoughts and perceptions. I felt immobilized and hopeless.

I moved back home with my parents, and my family doctor prescribed me an antidepressant. I felt hesitant, as I didn’t know anyone else taking meds for mental health issues. But I also felt defeated enough from my time in Seattle that I was willing to try. With the aid of the pills and the comfort of home, the mist dissipated, the mold burnt off.

But the medication that cleared my mind also brought vivid, blood-streaked nightmares. After about six months of taking them, I found an acupuncturist whose thin needles helped me detox from the medication and deal with the little electric brain pings that sometimes comes with SSRI withdrawal.

And then I moved on. My depression had just been a bump in the road. I even made it through the worst time of my life—my little brother’s sudden death—without falling into another depression.

This time, I’d just gotten my bachelor’s degree. I had a group of close friends. My professors had told me my writing held promise. But again, I found myself tethered to my bed, the TV on for company, dark thoughts bubbling in my head.

You’re never going to figure out what you want to do with your life, depression whispered.

You can’t support yourself.

The lies and distortions streamed in. Depression drowns out anything positive, anything smacking of hope.

After the side effects and the difficulty of weaning off of medication before, I was wary of antidepressants. But again, I was immobilized. At a therapist’s recommendation, I tried a new medication. After a few weeks of mild nausea and sleep disturbances, I started feeling better. The side effects passed and like before, the medication swept the fog away. Within a few months, my life began to bloom.

But in the back of my mind, I planned for the day when I’d be able to wean off of the meds. If the circumstances were right, and if I did enough to take care of myself—exercised, ate well, took the right vitamins, got acupuncture and therapy—I still believed I could keep depression at bay.

Over the years since then, I made a handful of attempts to wean from my meds. The result was always increased anxiety and depression. After postpartum depression stole any positive memories of my first months with my son, I dug deeper in my work with my therapist. My perspective shifted.

I began to view depression as part of my genetic coding, something I was prone to along with astigmatism, dry skin and asthma.

The only difference between these maladies is that no one would suggest I not wear contacts or glasses so I can see, use lotion to soothe my dry skin, or puff on an inhaler if I got wheezy.

But when it’s something to do with the brain, there’s this pervasive idea that we can outsmart it. That we can pull ourselves up by our bootstraps.

I take antidepressants now and perhaps will forever.

But it’s not as hard.

In addition to the meds, I also practice yoga and walk and run. I meditate and write. I take vitamins and eat well and go to therapy. I vent to friends and family when things feel overwhelming, which is much of the time during this particular season of my life, ripe with family, work and friends. Medication is not the only answer to my well-being, but it’s an important part of the equation.

Instead of shame or defeat for needing to take medication, I now feel something closer to gratitude.

For knowing, deeply and thoroughly, that my depression is a medical condition.

For living in a time when medications with minimal side effects are available.

For knowing I’m not alone.

For coming to believe that antidepressants are not the enemy—depression is.

6 Unexpected Side Effects of Depression.

The Benefits of Bipolar Disorder.