How Glennon Doyle’s Untamed Definition of Humility Woke Me Up. 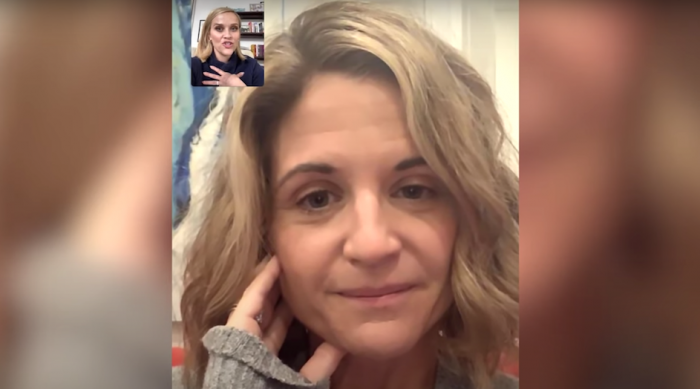 Arrogance is foolish, unpleasant, a waste of time, and destructive.

To think you’re never wrong, you always knows best, and you’re the centre of the world—it’s annoying.

I have never liked arrogant people and would never choose them as my friends. Their acts of superiority are unpleasant to be around.

Although I know arrogance is mostly over-compensation for deeper feelings of some sort of lack (love, trust, friendship, self-esteem), it annoys the hell out of me. After living in an ecological community where there was a man who always looked down on everyone, mostly women, and could only talk about himself, I realized how strongly I dislike arrogant behavior.

Last night, I finished the latest book by Glennon Doyle: Untamed: stop pleasing, start living. Drawn in by the title and subtitle, I thought this must be my kind of book, as I tend to be—yes—a people pleaser. Obviously, people pleasers are not arrogant people.

Doyle mentions the difference between modesty and humility, both opposites of arrogance, which has been a true eye-opener.

Doyle firstly quotes the incredible Maya Angelou, who used to say: “Modesty is a learned affectation. You don’t want modesty, you want humility. Humility comes from inside out.”

Doyle continues: “The word humility derives from the Latin word humilitas, which means ‘of the earth.’ To be humble is to be grounded in knowing who you are. It implies the responsibility to become what you were meant to become — to grow, to reach, to fully bloom as high and strong and grand as you were created to. It is not honorable for a tree to wilt and shrink and disappear. It’s not honorable for a woman to, either.”

Hence, with being modest, if we are not grounded in knowing who we are, we are not our true selves. We make ourselves disappear, don’t want people to feel uncomfortable around us, and therefore we like to please them constantly. Actually, nobody wins with this behavior. It’s unpleasant to see people shrink, both women and men.

Deep down, I know it’s not my true self when I dismiss an accomplishment by saying: it was just luck, none of it had anything to do with my choices or my work. It was because of her, because of him, because of the sun, or whatever reason I tell myself.

I know that’s probably why I have such difficulties with arrogant people, as arrogance too is a learned affectation. It is untrue. It’s to mask insecurity and low self-esteem. It’s having a big mouth, while underneath the surface a little boy or girl is screaming to be seen and to be known.

Humility, to be “of the earth, to be grounded in knowing who you are,” is such a deep and powerful explanation. I wish I’d known this when I was younger. Whereas societal structures—school, university, sports and student clubs, professional careers—all teach us to be the opposite of humble, since it’s supposed to be weak and undesired and won’t get us higher on the professional ladder. On the contrary, humility is powerful and it’s missing in this world.

However, you could say we are all humbled by today’s crisis.

We need, as a people, to cherish humility, to become of the earth, and to acknowledge its worth. There are many unhealthy egos walking on this earth, because we haven’t learned what humility means. Society has become a breeding ground for insecurity, because we haven’t understood the real meaning of humility.

When we notice arrogant behavior and superiority in ourselves, let’s ask ourselves what is underneath. The same goes for modesty and people pleasing: what needs healing?

The dictionary says about “humility” and “humble:” marked by meekness or modesty in behavior, attitude, or spirit; not arrogant or prideful; showing deferential or submissive respect; low in rank, quality, or station; unpretentious or lowly.

It doesn’t sound like a positive trait that serves us and the world, if we believe what the dictionary says. It’s time we address the real meaning of humility. It’s the right moment to finally see its worthiness. Humility deserves to shine, not to be stuck away in the shadows.

There’s beauty and strength in humility—not in self-importance, misplaced pride, supremacy, and distrust.

Arrogance gives us lies, disaster, and destruction. Not in the first place the superior feelings to others, but also the entitlements it is supposed to give—in the way we treat the natural world, that we see animals and trees as commodities and see oceans as trash holes.

“In essence, you are neither inferior nor superior to anyone. True self-esteem and true humility arise out of that realization. In the eyes of the ego, self-esteem and humility are contradictory. In truth, they are one and the same.” ~ Eckhart Tolle

6 Ways to deal with Difficult (Read: Arrogant, Condescending) People. 11 Glennon Doyle Quotes to Fill Us up with Courage & Compassion. This Maya Angelou Poem is All I Need to Save Myself—Every Day. COVID-19 is asking us to Wake the F*ck Up. Will we Listen?
See relevant Elephant Video