My Dad taught me to be a Stargazer (& Other Lessons from his Death). 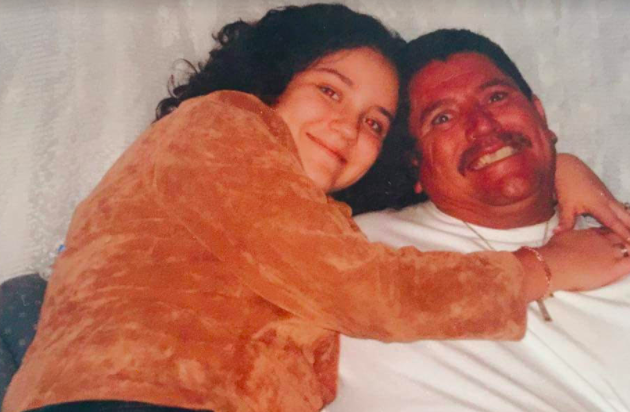 Since I can remember, I’ve always been a stargazer, a lost wanderer staring into the infinite abyss.

“Dad, I bet I can count more stars than you!” I would say, while sitting in the back of my dad’s Ford pickup. He’d always smile and beat me at counting them. I loved sitting with my family outside to hear stories and watch the stars.

We lived in a small town back then. My biggest worry was not being stung by a bee while riding my bike. And I thought that would be the end of the world! Every afternoon I’d ride my bike around and around the dirt roads next to our house. I’d wander and sing and daydream a lot. I always wondered what else I could think up. “What scientific experiment could I make up that no one ever had done before? How did that song I made up earlier go? What if I take my bike into the canal running next to the house? Would I float?” I tend to get bored quickly, as you can tell.

One of my favorite memories is one night when we sat to stargaze all together. It was mom and dad and my brother and baby sister. There was no light pollution, the sky was dark as can be, and I could clearly see the Milky Way. I loved the way it looked; I couldn’t turn away. There were thousands and thousands of stars stretching across the sky right above me. It seemed as though a river was flowing through the sky. Midnight blue and purple hues were the background, and it seemed like someone had tossed a million diamonds into the space dust.

My dad told me a story about what happens after death. He said that when we die, we walk right up to heaven through the Milky Way, that the reason it shone so bright that night was because there were angels guiding people to their destiny. I couldn’t stop staring. I believed every word.

I since fell in love with the moon and the stars. When I find myself lost, I long for them. When I can’t continue my journey, I drive out and look for a dark spot, sit and contemplate.

After my dad’s passing five years ago, things haven’t been the same. He had become an alcoholic and he had a lot of troubles. Throughout our life, we went through lots of trials together. We were kicked out of several homes, we didn’t have a place to live or food to eat sometimes. It must’ve been hard for my parents.

My mom has always been a provider. She always finds a way, and I admire that of her so much. We make do with what we have. Not complaining, but hoping it gets better and never stop doing at least something.

I can only imagine her pain; my dad couldn’t get better. He was in his own world and we would have to come to terms with the fact he wasn’t willing to change. Her husband of 25 years, consumed by alcoholism. Living through hardship and the emotional wounds he was constantly creating.

My dad couldn’t think straight, close to the end of his life. He was only 47 years old, he had half of his life ahead of him, but he gave it away to the bottle. We would come in and out of hospitals and the few times we tried rehab, he escaped. We tried so hard to make him realize he was about to lose his family. He was about to lose everything. We wanted him to snap out of the trance. He wouldn’t.

We finally gave in, he would not stop drinking. It was so hard to accept. It was hard to let him go and not be the nurturing daughter I grew up to be. I always felt like I had to take care of him. Anyone who knew him knew he was a tall, strong man. He was unbreakable. Nothing could bring him down. He was always so positive and the cheeriest of his friends.

Except, I could see his pain, he was so lost. We argued a lot of the time and after every fight he would break down and cry and just hug me. I knew he wasn’t unbreakable, even though I liked to think that too.

How I miss those hugs and wish I could see him again.

I learned from him that men can be vulnerable and that they too need to be held sometimes. Their worlds also fall apart and they need our support—as mothers, daughters, wives, partners.

I wish I would’ve listened more. I feel like that way I would’ve understood him. I wish I could’ve helped him.

Throughout my dad’s life, I clearly remember seeing him gaze up at the night sky. When he didn’t know what to do, he was outside, hanging out with a beer in the back of the pickup truck. He was always wishing upon a star. He was good at catching shooting stars, those were my favorite.

My dad gave me a great gift: he taught me how to be a stargazer. How to get lost in the night sky and let your soul roam through the stars. He showed me to remember to give everything meaning and always keep my head held high.

He’s not here to see any of his family’s accomplishments, and we miss him dearly. Life would be much better with him here, but the Universe has a plan for us all.

As for me, I’ll pass on the gift to my children and for the rest of my life, I’ll never stop looking up at the night sky and wishing upon a star like we once did together. 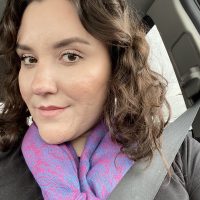 And Now, He is Stardust. How to Survive Grief after Losing a Parent.
See relevant Elephant Video