How to Love your Way through a Pandemic—Buddhist-Style. 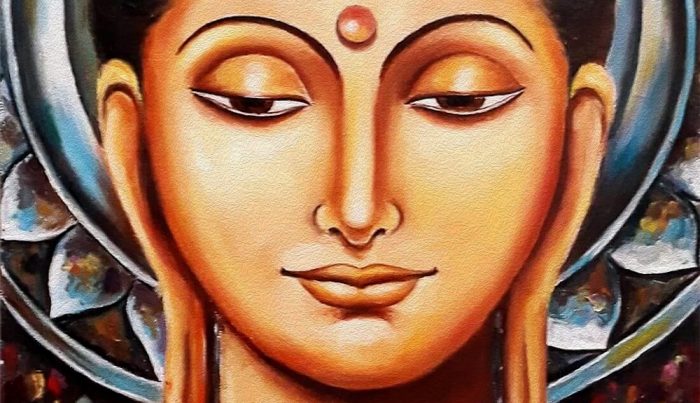 For many years, I have been trying to practice the Brahmaviharas (or four immeasureables) from the Theravada Buddhist tradition.

Specifically, I’ve found the metta practice useful in overcoming some aspects of my long-term depression. It is a ninja move for getting me out of the self-absorbed headspace that comes with my depression and generating a connection with other people.

Turns out that the current lockdown we find ourselves in is a bit like depression—on a global scale. So I figured maybe we could all use a bit of metta to help us out right now.

If you don’t know about metta, it is often translated from the Pali as loving-kindness or loving-friendliness. It’s a heart practice which traditionally involves repeating the phrases:

The phrases are usually repeated starting with yourself, then for a loved one or friend, then strangers, and finally people you have difficulty with (which is a nice Buddhist way of saying bastards who get on your nerves).

I’m big into the idea of getting meditation off the cushion (or sofa, floor, lotus flower…whatever) and onto the street. It’s only when I take things into the reality of moving and talking life that I get to make any real progress.

In general, the self and friends bit is just fine. Bastards who get on my nerves—damn, don’t get me started! It’s generally a rotating list with a couple of regular go-to’s.

But strangers, I find, can be a tough one.

I work in London, so normally I see so many strangers every day that it’s overwhelming and a bit annoying, to be honest (hey, I’m practicing this stuff; I didn’t say I had it sorted).

I’m sure that when the early Buddhists started orally transmitting this practice, they might have had a stranger or three walk into the village every month. Dump them in the middle of a modern city, and I reckon they’d have dropped their alms bowl and freaked the freak out.

But right now, I’m not seeing so many friends. And the only truly annoying people of difficulty can be avoided if I don’t read or watch the news sites.

Right now, it’s strangers who are big in focus for my life, and at a level which isn’t overwhelming. My daily walk means I normally see about 20 strangers over the course of 45 minutes, which by my standards is a tiny amount. I see people on their own walking dogs, couples together, and occasional families who aren’t using exercise as an excuse to get away from each other.

Most of these people are probably experiencing some form of stress, anxiety, or fear. So suddenly, my metta practice becomes both possible and pretty practical.

In a time when we are all feeling isolated, metta practice can become a valuable way to create a connection with people we don’t know. And we can do it stealth ninja-style so they won’t be too creeped out that we’re sending them love from our hearts. Because we just don’t do that kind of thing, although right now people are a little more open to random love and kindness. Even so, I think people would run a mile if I started rambling on about my wishing them well as they are scooping up their dog’s crap.

So let’s give it a go next time we’re in that line waiting to get into a supermarket. Take a look at that person two metres away from you. The person who you don’t know but are suddenly sharing this stipulated and clearly defined space with. This person who is probably feeling some anxiety or some stress, or is just pissed off to be standing in a queue to do something we all took for granted just six weeks ago.

Then in your head, say,

They’ll never know. But you will. And just see if you feel any differently about that person by the time you get to the front of the queue or pass them in the cereal aisle later on.

These are unusual times—but the metta ninjas amongst can use the crazy to grow our hearts. 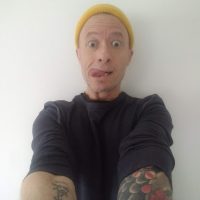 Simon Sharman has been experimenting with life for quite a while. During parts of it, he’s had a background noise of persistent depressive disorder (PDD) which has wreak… Read full bio