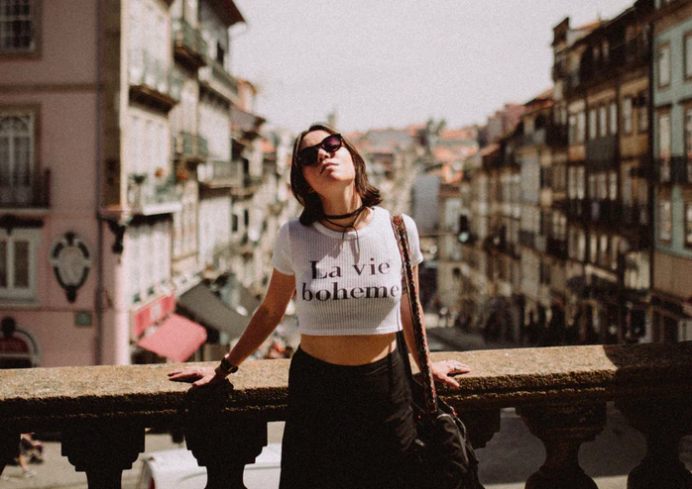 Today, I was reminded of how chaos follows anytime a new choice or pattern is made.

Ripples in the water until it becomes smooth again. It can be seen as chaos, and some call it drama. Trust me, I’ve lived this sh*t.

About a year and a half ago, I made a decision to make a change within myself. I wanted to do things differently. I had to choose how to handle someone stalking me. Doing it the way “society” feels it should be done—let it go—or standing up and reporting it. I chose the latter and filed charges.

This wasn’t an easy choice. But, when I did choose, chaos followed immediately! I realized that people—the ones who aren’t able to support change, or a person trying to stand up—will inevitably make us (in this case, it was me) at fault for the chaos.

Blame! I was told that they didn’t want to get caught up in my “drama.” Wait, who’s drama was it?

It was a difficult time. I chose to stand by myself during this time and allow the ripples to show up.

Bypassers will tell the person they are creating “drama.” It’s one of the best, most frequently used spiritual bypassing terms out there. A weapon!

I’ve found it so clarifying to step out of that judgment. I have backed away from people who do not understand that ripples will happen during great changes.

They call it drama. I call it empowerment, change, growth, and expansion. It’s like a weed cutting through concrete! It takes a lot of effort and strength to continue to grow despite the concrete. It is hard and solid. It creates cracks in that growth. But, the weed persists and makes it to the sunlight! It blooms, and reproduces, despite the adversity. It often does this with little help.

Spiritual bypassers will absolutely tell you “you are creating drama,” or “you signed up for it.” They do not want their own spiritual (bullsh*t) beliefs questioned. They love to use it as a weapon—so they can feel good about themselves and how spiritual they are—all while not looking at their own sh*t!

Here is the thing, if we allow anyone to dampen or put out our light, we might never know what it’s like to push through that concrete. To see the light and bloom.

I’ve never met a person who hasn’t gone through some ripples in the water during their growth. Sometimes they’re big ass waves! At times it might even be a title wave.

It really depends on the concrete (the issue) one faces. How big is the societal conditioning we are working against? How big are the followers of that story? How embedded is this belief system? The waves are in direct proportion to how thick the concrete is.

In my case, the concrete was thick. Society has hard beliefs about domestic violence. But, this weed is still getting ready to bloom amongst the cracks. It hasn’t been easy. I’m just now seeing the beauty of it all.

No big change happens with ease. I’m reminded of this when I think of Martin Luther King. He certainly didn’t have it easy pushing through the concrete of segregation. I have to keep telling myself this as I try to find inner strength. As I try to continue speaking up in a world that would rather us shrink down—take the easy way, the way of the majority.

Chaos is the awakening of something new. It is pushing out the old, and the hard. To some, it appears as “drama.” Whatever the hell that is!

Brené Brown on Empathy: How we’re Showing Up in all the Wrong ways for those we Love. A Step-by-step Guide to Leaving a Man who Doesn’t Deserve You. Everything Eckhart Tolle taught me about Love.
See relevant Elephant Video