Geoship: The Future is Almost Here.

With the devastation of the Coronavirus pandemic, a crumbling global economy and social panic on every continent, 2020 will undoubtedly go down in history as the year of the biggest upheaval our world has ever experienced.

A crisis of this magnitude can be seen as a new beginning and a way to restructure society for better or worse. As Naomi Klein says in her book, The Shock Doctrine: The Rise of Disaster Capitalism, “In times of crisis, seemingly impossible ideas suddenly become possible.”

Whether you believe this pandemic is an opportunity, the great awakening or ‘disaster capitalism’, you can’t deny that humanity and Planet Earth are in the throes of a massive paradigm shift and we’re in it together. Shift happens.

While this is disrupting our lives in a whole new way, it also presents a chance for us to pause and reflect on the future we wish to create for ourselves and for the world around us.

“Only a crisis, actual or perceived, produces real change. When the crisis occurs, the actions that are taken depend on the ideas that are lying around,” said Milton Friedman, an American Economist who won the 1976 Nobel Memorial Prize in Economic Sciences.

So what’s lying around?

Now, more than ever we need bold, innovative, ‘Cultural Creatives’ that are ready to step up as new leaders; social entrepreneurs with ideas, integrity and the technology to rebuild this world anew. One such person is Morgan Bierschenk, an ‘architect of the future’ and the Founder/CEO of Geoship, a social purpose company on a mission to revolutionize the way homes are built, one that fosters community and harmony with nature. Geoship is a pseudonym for ‘spaceship earth’ and a movement; a call for people to come together and embark on a transformational journey to the future of home.

Upon earning Bachelor of Science degrees in both Information Systems and Industrial Engineering at Washington State University, Bierschenk began his career as a programmer at Intel. A few years and several promotions later, he decided the safe and normal life was not for him.

Knowing deep inside that unique, life altering experiences would lead him to his true calling, Bierschenk quit his job at Intel and took off with a one way ticket to Bangkok to vagabond around the world for a couple of years. Then, after restoring a classic, 43 foot Kettenburg wooden sailboat, he sailed around the Pacific Ocean for the next six years.

It wasn’t until after helping his brother build a traditional home, that the Geoship vision would unfold. Bierschenk thought, “WHY — with all of our technology — are we still building with sticks and nails? How does nature build protective shells? Why does it feel so good to step outside the boxes we live in?” He and his brother started engineering a new kind of home.

Geoship is bringing the bioceramic geodesic dome to the world. Geoship technology merges the work of two of history’s greatest inventors — the Geodesic Geometry of Visionary Buckminster Fuller and the Ceramic Crystal Chemistry of Professor Rustum Roy.

Bioceramic is a sturdy, recyclable material that offsets CO2. Yes, you read that right, offsets CO2, carbon dioxide. It’s actually called “CO2 sequestering” because bioceramic panels sequester CO2 from the atmosphere and store it in the crystalline bonds of the ceramic. The panels can be cured in a CO2 rich gas environment, accelerating the natural carbon sequestration process, while potentially sequestering MORE CO2 than was released in their production; making truly carbon-negative architecture possible.

When a home or building is constructed using traditional materials and methods, it requires a lot of energy and potentially toxic substances, which contributes to climate change and does not promote wellness.

Along with being mold proof and fireproof to 2,300F, the geodesic structure perfectly distributes stress, making it the most earthquake and hurricane proof structure known to man. The American Institute of Architects calls the geodesic dome “the lightest, strongest, and most efficient means of enclosing space known to man.”

The domes are made from 100% non-toxic materials, and are designed to restore the light, water, and electromagnetic environment that humans evolved with. They feature ceramic ‘earthing’ floors and natural spectrum lighting, shield or harmonize EMF pollution, and use phase conjugate magnetics to structure water. The Geoship domes are also designed according to the principles of ‘Vastu Shastra’, the sacred science of architecture and temple building that originated in India.

The future is here.

“We’re building the next great American home. We need more than new technologies to protect the planet, we need to create a new paradigm of living in community…in harmony with the land.” ~Morgan Bierschenk.

Geoship domes will be available to individuals and those wishing to reinvent community living. Typical developers build neighborhoods, selling homes to whoever can make the highest offer. Instead of that, imagine designing and building a geodesic village with your friends or community! Geoship plans to guide the community through every step of the process; from buying land and pulling permits, to providing tools for networking into communities and even democratizing the design/building process.

Geoship is much more than a cool home; Bierschenk sees it as a tool to help people transcend the dominant thought structures that limit our minds and political systems. It’s also a chance to reconnect with the Earth, build community, collaboratively solve problems and fundamentally reshape the home building industry as we know it.

“Our purpose is to build living environments that resonate with nature and catalyze the evolution of consciousness. In the future we sure as shift won’t live in boxes.” ~ Morgan Bierschenk.

So are you a Cultural Creative? Someone looking for a new way of living in community and harmony with nature? By joining the movement, you become part of the solution and many are taking notice.

In early 2019 Zappos invested in Geoship, as a community partner, to demonstrate a scalable business model for transcending homelessness. Geoship has also partnered with the City Repair Project, the Buckminster Fuller Institute and others to build the world’s first permanent geodesic village, as a gift to the homeless community of Las Vegas. While still in the planning stages, “Homes for the Domeless”, could become a model for other metropolitan areas facing similar issues. Imagine transitional geodesic villages outside major cities based on the principles of permaculture, placemaking, and participatory democracy. By purchasing a bioceramic dome, you enable the donation of domes to people experiencing homelessness.

Through equity-based community funding, multi-stakeholder ownership, and a revolution in homebuilding, Geoship is working to transform capitalism by positively “disrupting” one of the biggest and most polluting industries on Earth, the $24T global construction industry.

Bierschenk and his team have bootstrapped Geoship for the past several years and began their first fundraise in January, through the equity-based crowdfunding platform StartEngine. This has enabled the lease of a new manufacturing facility in Nevada City, CA as well as the purchase of equipment and materials needed to begin pilot production.

When Geoship transitions into a Multi-Stakeholder Cooperative, ownership benefits will be distributed to customer and nature stakeholders, while a perpetual purpose-driven trust is established. Interested investors can get in on the ground floor of this opportunity. Geoship expects to begin pilot production 6-12 months after closing the fundraise. You don’t have to be a millionaire to get involved, investment levels start at $100.00.

Can Geoship offer an affordable solution to the housing crisis while combating climate change, chronic disease, and homelessness? Absolutely! The Geoship crew is dedicated to a revolution in regenerative architecture that reconnects human communities with the natural world.

The future is now. 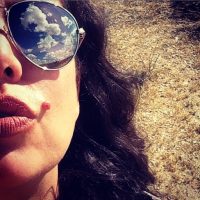