I don’t want to Lose Myself in Love Again. 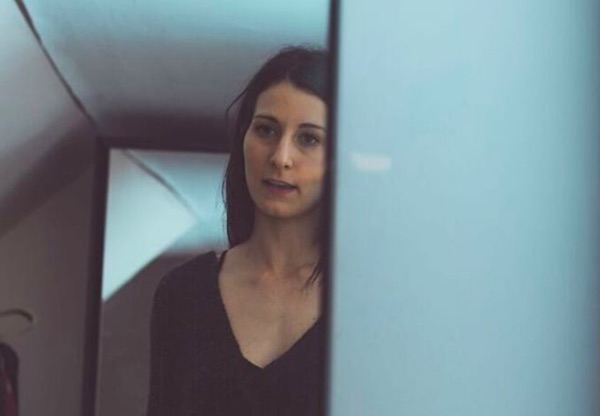 I’ve spent nearly the last two years on my own.

I’ve gone inward. I’ve spent time in solitude—literally, now, with this pandemic. And I’ve made become pretty good friends with myself (for the most part).

I enjoy my life.

Before the lockdown, I’d go to movies alone. I’d sit in one of the big, red chairs in the fancy theatre down the street from me with a glass of wine and popcorn.

I’d go to comedy shows on my own—I’d try to sit at the back but end up getting told to move to the front because there was an empty seat up there, and then I’d get picked on. And even though I’d want to hide away, I’d learned how to not take things so seriously. How to laugh at myself.

My favourite nights are spent watching a True Crime documentary (okay, British reality TV) in bed or meeting up with a few friends for a beer at the pub when they were open. I yoga, and I would go to the gym, and I had a coworking space with an office dog, and I cook for myself, and I read (not as much as I should), and I have this life I sort of actually like.

Recently, I met someone. We connected online and it hasn’t been that long, but I already feel it’s turning into something. I want to be excited about it—dive in headfirst, go with the flow, try not to overthink, all that. But of course, the moment feelings get real is the moment my insecurities come to the forefront.

But I’ve done the work, I think to myself. I’m not supposed to still feel this way.

I always thought I’d wake up one day and I’d be this fully functioning, put-together human. That I wouldn’t get anxious or depressed or self-critical, and I’d be able to talk myself out of any negative thoughts that came to mind.

Turns out, that’s not how life works. And really, I don’t think I want to live that way either. It’s those dark moments, the uncomfortable ones, that teach us something about ourselves. We are ever-evolving, and there is always an opportunity to learn and grow.

In my previous relationships, I remember feeling like I didn’t have much going on for myself outside of them. I did—but at the time, I hadn’t really dealt with my own codependent tendencies.

If he was out one evening with people I didn’t really know, I would wonder if he was enjoying their company more than me. My imagination would take over and all I could think was, What if there’s a beautiful girl there and he is so attracted to her, he can’t help himself and he cheats on me?

Yeah, there’s a lot to unpack there. I’ve worked through most of that, but sometimes the thoughts still creep in.

When these feelings come back to me, I don’t want to feel them. I want to shove them away. But I know that they will only build up inside and unleash in some unhealthy, explosive way.

The other night, I had a similar moment—not of feeling jealous (there’s not really anyone around right now for those feelings to come up), but of feeling alone. He has housemates around who he can watch movies with, play video games, have a few beers with, and for them, it’s just an easy night at home.

Meanwhile, I was in my room, in bed, feeling like there was some kind of emptiness lingering within me.

But I’ve literally spent the last three months in solitude, and I didn’t feel this way before, why is this coming up now?

Relationships come to teach us something. Perhaps, this was a test. A way to put everything I’d been learning about myself into practice.

I opened up my laptop to read a friend’s novel he’d sent me a few weeks ago. I’d been a bit behind on it since work had been so busy. I read a few chapters, lost in his words. Then, I remembered I’d recently bought a home pedicure set. I took a long, hot shower. Scrubbed everywhere. Shampoo’d and conditioned my hair and then sat on my floor with a towel down, feet at the ready. I put on the My Favourite Murder podcast, I was midway through an episode and wanted to find out what happened.

I had things going for me. I had things I enjoyed in life, and yes, it’s nice to have another person there, but I remembered that I didn’t need them.

I remembered that I had done the work these last few years—that I had things in my life outside of a relationship, and I actually wanted to keep it that way. I want to be whole and have passions and friends and a career and be someone who I would want to be with.

I don’t want to lose myself in love again, but I don’t think I will.

I think, this time, it’s different. I don’t want an all-consuming kind of relationship, I want one that’s well-rounded and healthy. 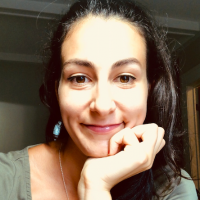 Image: Author's own by Umair Shaikh

Why we Lose Ourselves in Love & how Not To. Staying in Love with Yourself when You’re in Love. I’ve Forgotten what it’s like to be in Love.
See relevant Elephant Video