Why it’s so Hard to Make Friends after 30. 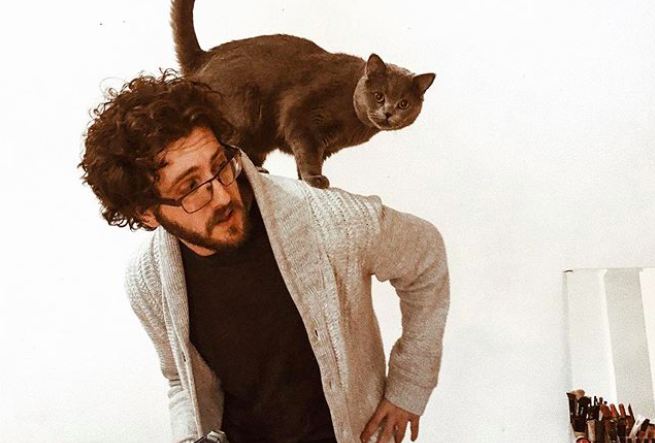 I had plenty of friends when I was a smelly teenager, what happened?

In high school, I was a loser. I smoked pot, played video games daily, talked too much, and never showered.

I had so many more friends than I do now.

I tried to find sympathy from my mother, “Making friends after 30 is super hard,” I whined over the phone. But she only laughed at me and said, “Oh, baby, if you think it’s hard now, wait til you’re 50.”

Not finding any help there, I decided to reach out to my cousin who was single and living in Boston. Rather than point me in the right direction, she said, “I haven’t had much luck on that front, but I’ve got a really great therapist if you want her number.”

So, I took therapy over friendship for a while, and after getting to know my therapist, I admitted that I was having trouble making friends. She thought on it for a while and finally came out with a brilliant idea that hadn’t crossed my mind:

If you want to meet people, you have to actually leave your apartment.

This was a revelation to me since, in my 20s, I mostly had roommates. Roommates had friends who had friends, who had more friends, and so on. It wasn’t until I was a bit older and more financially stable that I found myself living alone. It is so much harder to justify taking sweatpants off when there isn’t someone there saying, “Come on, I don’t want to go alone.”

So, armed with this new mission, I took the plunge and went full-throttle into…wait, where?

First, you have to figure out where the hell you’re going to meet people.

Being over a year sober now, a bar is not a good place for me. I tried a couple of times only to realize that drinking a Shirley Temple and explaining to every other person, “No, I am not majoring in anything,” isn’t my thing. By the end of the night, all I want is whiskey.

I tried to brainstorm: a supermarket? A museum? The library? The park?

I pictured myself randomly accosting friendly-looking millennials at Trader Joe’s or walking their dogs through a park, and decided wholeheartedly against it.

That is when my cousin recommended I try finding some friends online. I scoured around and found a website called Meetup, where I learned an even more valuable lesson.

New people are not as patient with your bullsh*t.

Some local group on Meetup got together on Thursdays. I joined up and went to their next meeting. People were kind enough—we had tacos and sat around talking about a variety of things.

I thought things were going well until the conversation turned to “Game of Thrones.” I heard it from across the table. One of the guys was recommending someone to watch it. He said the final season wasn’t that bad, and people were just getting too worked up over a television show. At this, I called over and said:

“The final season of ‘Game of Thrones’ was an insult to fans, and those responsible will burn in the deepest circle of hell.”

The table went silent. People who know me are used to my brand of over-the-top, wildly judgmental humor. These people were not. And that was that.

So, I decided to try and see if any of my friends from other cities had any contacts. This was when I learned something about my age bracket from the friends of friends I was introduced to.

Everyone is married but you.

No matter where you live, or how social you are, there is no avoiding the fact that you’re not married. Not being married in an ocean of married people is the worst. All you can do is sit around these newlyweds and try to decide:

So, which one of you am I going to stay friends with after the divorce?

Married people often do their own thing and, hopefully, enjoy each other’s company. This means they can be finicky about making and sticking to plans.

The only thing more dangerous to your social life than having no one to encourage you to change out of your sweatpants is having someone encouraging you to keep them on.

In the end, it is about patience.

As annoyingly mature as that sounds, the key to making friends after 30 seems to be mostly about patience. People are petri dishes of experience and anxiety.

Everyone has the things they’re already interested in, and friends often disappear into coupledom for periods. You’ve got to be understanding with idiosyncrasies because, at this point, that’s mostly all we are.

Of course, not being a patient person, I just went back to just complaining to friends and my family:

“You could,” she agreed.

And she said, “That’s why you get a dog, sweetie.”

10 Signs that you Might Suck. 7 Tips for Meeting New Friends in Real Life (No Social Media Required). The One thing to Remember when it comes to Making New Friends.
See relevant Elephant Video