Will the Post-Pandemic Era signal the End of Ego? 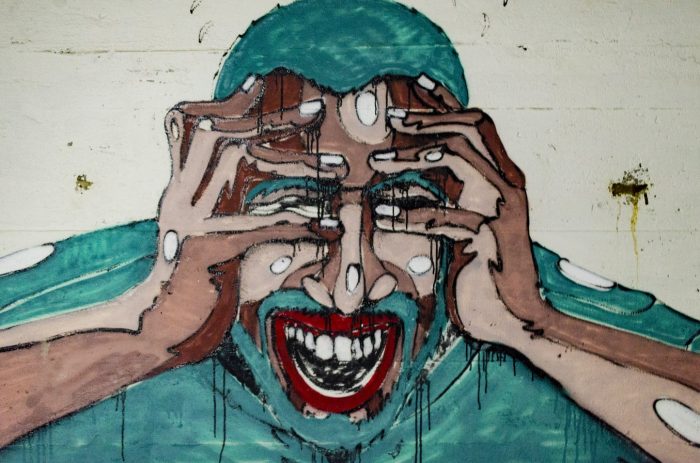 I’ve read a lot of material recently that suggests that the mandatory quarantines will have a positive effect on people suffering from Narcissistic Personality Disorder. They will be forced to relinquish some degree of control and manipulation, be sequestered away from their adoring groupies and happy harem, and receive a copious amount of time to reconsider the vapid emptiness within.

We live in a culture of entitlement, selfishness, egotism, and we suffer from a lack of empathy, which manifests in our inability to stay home for the sake of others. But the collective consciousness of selfish people does not mean that they are all people suffering from a personality disorder. Under the right circumstances, a tiny shred of compassion and social responsibility might be discovered and cultivated. The true narcissist is like a concurrent epidemic—running concurrently alongside the COVID-19 and poses a similar threat to society.

Can the narcissist truly use their time during this crisis to have a “come to Jesus moment,” and suddenly grow a conscience and some empathy for the suffering of others? I am going to wager a resounding: “No way, Jose.”

Unlike the self-absorbed masses who might just need a wake-up call like someone near to them getting sick and dying, the disordered individual with a personality disorder is beyond redemption, and incapable of the emotions and awareness that human beings must possess to be human.

There is a growing constituency that is appalled by the behavior of some citizens during the current crisis. We all have much to lose as jobs disappear, retirement funds shrink, and basic expenses for food and shelter become perilously endangered. Our collective lifestyle as citizens of the planet is shifting in ways that will never return to pre-pandemic proportions. Group gatherings in schools, sports, restaurants, gyms, movies, bars, and more will likely never return as before.

Change has happened and there is no turning back the clock. We can grieve about it, stamp our feet, demand things to magically return to normal, and more, but the hard reality is that we are going to need to envision new and different ways of doing things in the future.

And this is where we have a choice.

We can cling to the past, and try to reclaim a similar structure and semblance of it that will never fully return, or we can accept that this is an opportunity to create a new system that is improved and more equitable for everyone.

A person with Narcissistic Personality Disorder is incapable of change. But we are. We can learn, adapt, envision, create, collaborate, and grow into a new paradigm that is a new 2.0 version of the old one.

Look to our systems that are broken, the things that have failed us for a long time now, yet they continue year after year. Our political system, economic system, and cultural belief systems are all broken and diseased. They need to be allowed to die off, and be replaced with healthy new systems that work for all people in an inclusive way.

Some of the saddest events that have transpired in recent events centred around the significant number of people who lap up the lies fed to them while trusting these entities to care for them, and provide an America of wealth, prosperity, opportunity, and the good Ol’ American dream. That dream died along time ago. Ask any lower socioeconomic citizen or minority or fringe group. They will confirm that the promise is out of reach, and they are trapped in a subculture of deprivation and despair.

The ones who still believe in the false promises of systems that will never deliver them from their wretched lives perpetuate the problem. It is heartbreaking to see the ignorant and exploited raise their voices in support of their oppressors with such fervor and allegiance.

Why have societal constructs created people who so closely resemble the morally deficient narcissist? The blame-shifting, cognitive dissonance, word salad, gaslighting, lack of remorse, empathy, and accountability — all of it represents the most reprehensible human flaws. The narcissist cannot develop these qualities; they can only mimic them, fake it, and create a false persona to disguise their lack of authentic emotion. Witnessing the current state of the union, it seems as if there are large factions of the country, and even the world, who suffer from some type of dysregulated, maladapted personality disorder.

The million-dollar question is this: Will people leverage the crisis to finally excise the disease that affects the population and its leaders, or will we further devolve and denigrate into even deeper income disparity, intolerance, hypocrisy, and hopelessness?

If I could breathe life, a healthy heart, and working soul into a narcissist I once knew, I would give him my last breath to save him and bring him to life. My love was real, tinged with my own damage and wounding, but real nonetheless. I want him to be healed and to experience things like love, loyalty, intimacy, and other things he will never ever be able to experience. But I can’t.

When I look at the world around me, I see it rapidly slipping into the chaos and darkness that comes when the human traits of selflessness, charity, fidelity, sacrifice, and altruism are forsaken and replaced with ego, fear, hate, intolerance, and self-indulgence. We are capable of being better. We are capable of doing better. Helping. Evolving. Saying: “Enough!”

Time to wake from the dream, as John Lennon once said: “The dream is over.” But there is a bigger dream and a bigger promise. The old dream was a lie. Stop and look. You have been deceived.

We are at a precipice. Some say these are the last days and the world is ending. Others say this is the beginning of a new collective consciousness. Perhaps they are both right. But I do know that we have to do more and do differently if we want to survive not only the novel Coronavirus, but to survive the transformation that is happening—whether we are ready or not.

My dream was not a reality, and I think yours wasn’t either. The things you were promised will never materialize. We both need to see that now. I woke up. You can, too. Time to let it go. It was never your dream, and it was never real anyway.

Let’s all move on together. 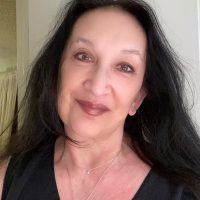 Educator and healing facilitator. Ms. Pesqueda writes about recovery from trauma in relationships with covert narcissists and other cluster B disordered individuals. She has c… Read full bio

Understanding the Language of Narcissistic Abuse. Don’t make Yourself a Project: Why the Pandemic isn’t the time for Self-Improvement.
See relevant Elephant Video