How I Uncovered the Hidden Racism in my Life. 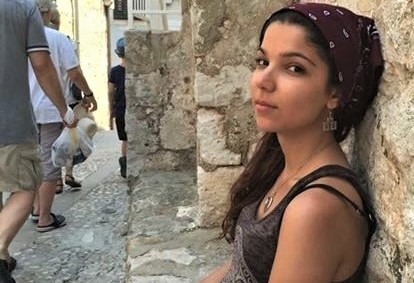 With Black Lives Matter now taking the forefront in many of our minds and lives, it has led me to reflect upon my own experiences.

I am from Northern Cyprus, the Turkish-speaking area, which is a minority community on the island.

Now, the following are my experiences, and they do not in any way compare to the racism, discrimination, or hate that most people of color face. I am aware of my privilege, and thus always took a step back to allow space for the voices that deserve to be heard.

Yet, the discussions and stories over the recent weeks have made me realise that my “privilege” was not as equal to that of my white friends as I had let myself believe. While I may not have been faced with outright racism—save for a few examples—there have been subtle comments that I had dismissed. I hadn’t acknowledged them for what they truly were.

Moving to the United Kingdom at the age of nine, I arrived in a city, which, at the time, did not have an ethnically diverse population. Yet, the only difference I saw between myself and fellow pupils was that I could not speak English. My young mind learned the language quickly, and I was finally “one of them.” It’s only now looking back that I realise how little I knew!

Growing up, I never felt white. I would feel conflicted when answering equality and diversity forms. I wasn’t Black, Asian, mixed, or white. So, I would just tick the box prefer not to say. When asked why I didn’t see myself as white, I never knew what to say. I was privileged, wasn’t I? I didn’t face racism, discrimination, or prejudice, did I?

“I love your skin colour.”

“That’s an unusual name. Where is it from?”

“How long have you been living in this country?”

I have been called a “foreigner.” I have been thought to be Middle Eastern, Mediterranean, or South American. Regardless, I was still “foreign.” Yet, none of these ever made me think I’d faced discrimination.

There are two cases, however, that now stand out to me as evidence that racism existed—and still does—in my life, in disguised forms.

After three months of struggling to get work in a field I had vast experience in, a friend turned to me and frankly stated, “You know, it could be because of your name.”

Now, my name is confusing and difficult to pronounce for most people. Yet, I dismissed her comment. No, it couldn’t be that—more likely that my cover letter wasn’t good enough. However, the seed was planted.

I remember after one particular application, I was disappointed I hadn’t been invited for an interview, so I called to ask for feedback. I was ready to listen to the advice on how to improve my application. The man reviewed my cover letter, looking for reasons why I was not invited. He struggled to find anything. Just as quickly as he’d say, “Oh, yes, you didn’t mention this,” he’d correct himself with, “Oh, wait, you did.” And so the conversation went. He could not tell me why I wasn’t invited for an interview.

Unwillingly, my friend’s comment came to mind. Could it be that my foreign name was noticed before all of my accomplishments?

Another situation I think of is how over the years, the interest from men often held an underlying fascination with my “foreign” looks. I naively believed it was a compliment that I stood out with my olive skin and dark features. That is until I once had a conversation with one of these men, who explained that it was because I was “exotic, and men like things they can’t usually get.”

Unknowingly, these romantic interests were objectifying me based on systemic beliefs on colour, othering, and exoticism. I was an “other,” a foreign thing that was to be claimed.

However, I am now seeing that it is far more prevalent than I allowed myself to believe. And if even these subtle forms of racism can leave me feeling different, I can’t help but wonder what it must be like to face this daily, publicly, and in life-threatening ways.

It’s time we re-thought and changed our actions, words, and beliefs. However innocent we may believe our comments to be, it reinforces an institution of racial hate that leaves many grieving the loss of their safety, family members, and freedom.

We are all responsible actors in this system that mistreats people of colour. Let us always remember that. 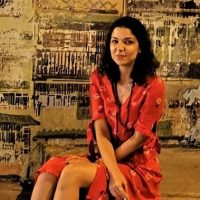 Tugse Gazioglu is a 26-year-old Social Anthropology graduate, with a love of traveling, thirst for knowing more about other cultures, and devotion to hobbies such as reading, … Read full bio

I’m the Product of Subtle & Systemic Racism. This is how I’m Becoming the Change. A Message from my Blackness & my Whiteness.
See relevant Elephant Video