Coping with the Loss of my Dad—I’m still not ready to let him Go. 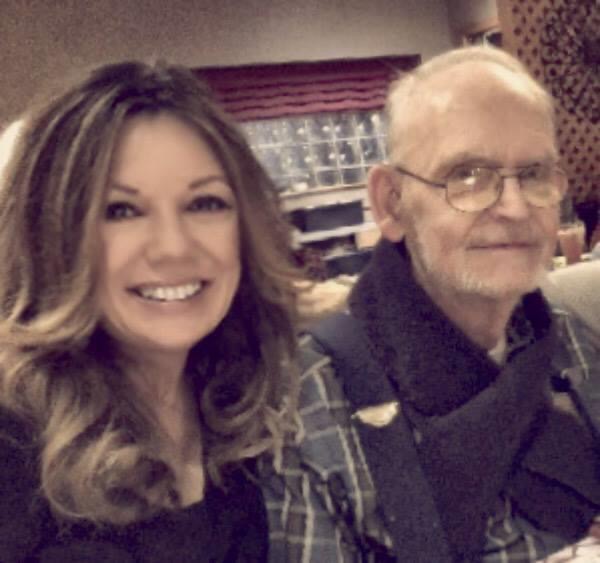 This picture has been so painful to look at these past months as it was such a special evening with Dad.

I remember it so well. We knew his time was limited due to congenital heart failure—his doctor had just written the hospice order.

On the occasion of this photo, we ventured out in normalcy to a family and friend meal at his favorite Italian restaurant. It took him a lot of effort, but he was always up for a good meal out at his favorite place, and he loved to dress up.

I sat next to him reading the menu due to his failing eyesight and encouraging him to order the steak, the beer(s), and the dessert to go. We were on limited time, and watching his diet wasn’t going to turn back his prognosis.

His friend Stan snapped this photo of us enjoying every remaining minute together. We had four months to go.

On the way home, he realized he lost his tie bar at the restaurant. Yes, he still wore the tie bar my older sister gave him with the Girl Scout logo on it. It was over 50 years old and had seen its day, but it was one of his treasures.

Wearing it signaled a special occasion. His family was together again. I was home from Colorado.

Volunteering to drive back to the restaurant to retrieve it gave me a chance to be with him alone—just the two of us—two peas in a pod, as we called ourselves.

I remember squeezing his hand and asking him if he was scared. He said “no, I’m ready”—but I wasn’t.

He was worried about Mom and asked me to take on his role when he was gone—shoes I could never fill but I told him I’d try. He told me where to find all the paperwork, and this time I truly listened. This time was different.

I recounted what a wonderful dad and role model he had been to me, and that I am who I am because of his unconditional love. I highlighted all the special moments from doing an Honor Flight together to him teaching me to bake. We shared personal stories as if it was our life in review. It was.

The words flowed as I choked back tears knowing I would remember this moment someday on a day when I really needed it—like today when my first Father’s Day without him is looming heavy.

He told me he never quite achieved the success he hoped for, but he saw what he had accomplished in mine. He told me how proud he was of me and I told him how proud I was of him. I told him how rich we were in love and his truly being present as a dad—up for any adventure or dream we had, and always providing for us when times were tougher than I knew.

He was our champion, and even though it broke his heart when I moved a thousand miles away from Ohio to Colorado, he let me go knowing I had dreams to chase. We knew we would remain close no matter the distance.

As in so many things he introduced me to, we learned how to love the mountains together during his many visits. We would pan for gold the old fashioned way, and he was pretty darn good at it. He found several nuggets that he made into jewelry for my mom, my sister, and me. Our time together was so precious.

After retrieving the tie bar, we sat in the car in his driveway—my little girl home where I now had to be the responsible adult. I hate “adulting” but I had to be strong for him. He had to know I was okay and we would all be fine. I would be the strong one, the provider, the decision-maker.

We had the hard talk, the necessary talk, the chat we hoped would bring peace and closure for both of us. Neither one of us ready to let go—and bargaining in our silent prayers for more borrowed time.

We had a little more time, and every chance I had to come see him during those final months, I did. There would never be enough conversation for me, to let him go completely.

When his heart issues started at 50, I always thought each year would be our last Father’s Day together. Maybe that fear made me appreciate him more.

Since his death, I have stuffed the grieving to get through the caretaking and the sh*t storm of our world right now.

I am glad he isn’t here to see the resurgence of hate in this world and that he went before Covid-19—something he would have never survived. I’m so glad he had my sister by his bedside and wasn’t alone like so many other patients recently. She did the hardest of all goodbyes. I didn’t make it back in time.

Today, for the first time since his funeral, the tears are flowing as I remember how lucky I was—am—to be Ted Frueh’s daughter. There is so much I would love to tell you about this gentle man and his love for humanity, but all of us who’ve had great fathers get it. They set the foundation for all other men in our lives to rise to.

This weekend, I head home for the first time since the pandemic to check in on mom, see my sister, and honor my dad at his favorite restaurant—the place he struggled to take us to just four days before his death, because he wanted one more special family meal together.

He wore the tie bar on that day too, which my sister fittingly now counts among her treasures.

Shortly after we returned home, he said, “The taxi is coming for me.” I asked him where he was going and he said I couldn’t come this time.

I was never ready to let him go. 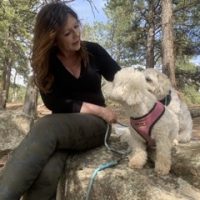 Kymberli Frueh is a former journalist, current dogma, protector of the underdogs, and SVP of Cinema content. … Read full bio

How to Live through the Grief that lasts a Lifetime.  How to Survive Grief after Losing a Parent. Dealing with the Death of a Loved one—the Buddhist Way.
See relevant Elephant Video