Dealing with the Death of a Loved one—the Buddhist Way. 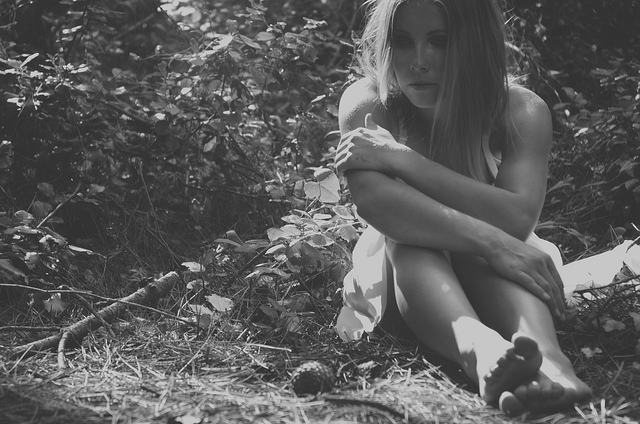 The greatest realization I’ve had about death happened to me last year in India.

During my Introduction to Buddhism course, we meditated on death. The teacher asked us to visualize the death of a loved one. We followed the instructions as he told us to envision our loved one becoming extremely sick, watching them die, and then attending the funeral.

I burst into tears as I started imagining the funeral. Some other students and I dropped the session and returned to our dorms. I thought the teacher was a masochist; why would he let us experience grief during a retreat that was supposed to make us feel good?

During my Vipassana course, S.N. Goenka told us a parable that made me realize I’d dropped the session that day because I wasn’t ready to deal with the death of the person I visualized.

The parable goes as follows:

During Buddha’s time, there lived a woman named Kisa Gotami. She married young and gave birth to a son. One day, the baby fell sick and died soon after. Kisa Gotami loved her son greatly and refused to believe that her son was dead. She carried the body of her son around her village, asking if there was anyone who could bring her son back to life.

A village elder took pity on her and suggested to her to consult the Buddha. She immediately went to the Buddha’s residence and pleaded for him to bring her son back to life. “Kisa Gotami,” said the Buddha. “I have a way to bring your son back to life. But I need you to find me something. Bring me a mustard seed, but it must be taken from a house where no one residing in the house has ever lost a family member. Bring this seed back to me, and your son will come back to life.”

Having great faith in the Buddha’s promise, Kisa Gotami went from house to house, trying to find the mustard seed. At the first house, a young woman offered to give her some mustard seeds. But when Kisa Gotami asked if she had ever lost a family member to death, the young woman said her grandmother died a few months ago.

Putting aside her grief, she buried her son in the forest. Shen then returned to the Buddha and became his follower.

I was 18 years old the first time I lost a loved one. Like Kisa, I was eager to find a way to bring him back to life. When I lost my grandmother four years later, I refused to leave the funeral, because (to me) that meant leaving her.

Death is a tragedy that can leave us traumatized for a long time. Like Kisa, we wish to bring our loved ones back to life. It’s arduous to accept that we won’t see a lover, a good friend, or a family member ever again. We can’t change the truth of death, but perhaps there is a way to deal with it.

When I came back home from India, I forced myself to meditate on death without letting up. After a few sessions (and a whole lot of tears), I realized that getting familiar with impermanence before it takes place, helps us to deal with death better.

Understanding impermanence doesn’t take away our grief. In fact, proper grieving is healthy. However, like Kisa, we can realize that death is universal and happens to everyone. There isn’t one person who’s excluded. We can’t fight it; we can only cope with it through seeing it coming. As Buddhists advise, the first step toward coping is acceptance. Denial only makes the experience worse.

Furthermore, the “Parable of the Mustard Seed” teaches us that we are not alone in our experience. Perhaps, accepting death and realizing that it’s coming could help us deal with life and others better. We might stop taking others for granted and appreciate their presence more. Most importantly, we might stop taking our own lives for granted; knowing that death is coming for us as well can entirely change our perspective on living.

The truth is, we can’t collect mustard seeds. Like the Buddhists say, life is a series of impermanent events, and we have no choice but to flow with them.