This is How We Transform the Nation. 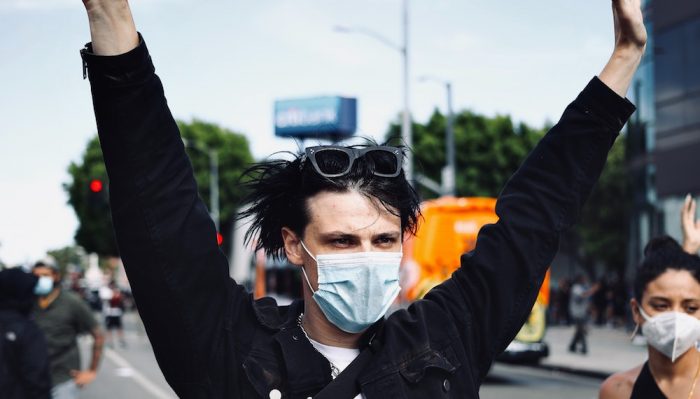 The protests in honor of George Floyd can transform not just the police and systems of power but the nation itself.

The Washington Post recently wrote that America is now experiencing the worst pandemic since 1918, the worst economy since 1933, and the worst civil unrest since 1968.

It is quite a low to have reached, and sometimes it seems the earth might simply cave in beneath our feet. But anyone whose political observations were tempered by history could have predicted where we would be after electing an intemperate narcissist, who built his career on cruelty and his candidacy on hate.

The structural racism and police brutality that resulted in George Floyd’s murder has its roots in slavery, which predated and ultimately corrupted the nation at its birth. And ever since that time, the better angels of our nature have been at war with our demons, sometimes winning (as in the Civil War), but all too often losing (as in the election of Trump). Liberals and conservatives have each at times contributed to it; but ever since Lyndon Johnson signed away the South with the passage of the Civil Rights Act in 1965, Democrats have been at the forefront of the struggle for racial justice.

And the struggle for justice, along with the demonic perversion of order, endemic in the American psyche, was on full display this week. We saw black and brown people explode in rage after a lifetime of hurt; white people who refused to be a part of it join the struggle; protesters, white nationalists, and provocateurs break windows and burn buildings; and officers across the country attack bystanders, shoot demonstrators in the head, and try to run them over with cars. Most cops may be generally decent people trying to do the right thing, but only a tiny handful were good enough to constrain their fellow officers, who all too often seemed intent to kill this week.

Their tactics drew a striking resemblance to the heavily militarized Israeli apartheid regime, which routinely bullies civilians, places knees on necks, beats up reporters, and snipes at protesters. So, it should surprise no one that our own police are often trained by this international pariah, which wins praise from Republicans and Democrats alike.

Democrats may be at the forefront of the struggle for racial justice, but they are all too often marching two steps forward and one step back—and nowhere is this more apparent than in their support for the most racist state in the world.

So, as Biden waxed eloquently on the wounded soul of the nation, Obama wrote forcefully on the need to translate demonstrations into legislation, and Sanders spoke powerfully about the need to overcome structural inequalities, we would have done well to remind ourselves that each in some way contributed to the problem.

New York’s mayor Bill de Blasio, who was the only Democratic candidate to endorse Sanders, may have been the most egregious in openly sympathizing with officers attempting to run over protesters, in spite of being elected to end stop-and-frisk. But while some of us like Sanders may have cleaner hands, all of us are in some way implicated.

The protests that Democrats support are often protests against their own worst abuses, but they are also protests against our own personal racism and the structural inequalities in which we are all caught up. And just as the Democratic Party is often at war with its own worst tendencies, with progressives pressing the hardest for it to clean up its act, the rest of us would do well to examine our own most unconscious prejudices as well.

Still, in espousing values we have not yet attained, we set a higher bar for ourselves and a higher civic standard. In this way, protests aiming for the arrest of abusive officers can also transform the laws, the party, its leaders, and the darkest places in our own hearts.

It is the kind of civic engagement all too many have abandoned for the instant rewards of social media. Public demonstrations used to remind us of the general electorate to whom we addressed our grievances.

Meanwhile, face-to-face meetings used to challenge us to work out our differences with the diverse constituencies we needed to get things done. Now, all too many of us have settled for the spectatorial cynicism of passive bystanders, content to lob grenades with little concern for the consequences. And it is not simply our ability to reason that has suffered: we have ceased to engage the limits of our own ideals, as we fail to face up to our own hypocrisies.

Yet, while what remains of the public sphere may be centered in the comment sections of news sites and social media pages, the streets remain as powerful a symbol of public culture as the legislative chambers. And in taking to the streets, we quite literally demonstrate our grievances and challenge everyone to do better. And while the most salient challenge may be to a tyrannical president building a fascist state, in making that challenge public, we are now all challenged to live up to it. In this way, it is a challenge to the Democratic Party to redress the racial and economic inequities that brought so many young people into the streets—but it is also a challenge to socialists and progressives to actualize their own ideals.

If America has hit rock bottom, it is going to take a diverse coalition, pressing their ideals and compromising on their enactment, in order to rebuild it. And if we still have further to travel in this long national nightmare that began with the election of Trump, we had better learn to grow from our efforts to transform the country.

Progressives may be right that Biden is not good enough, but neither are the rest of us. And the path forward is not sulking in despair, or lashing out in rage, but starting where we are at, and doing what we can to make things better. Sometimes this will mean hitting the streets, sometimes campaigning, sometimes debating, sometimes voting.

However, it is also going to mean looking inside at our own limitations; our own racism; our own classism; our own elitism, arrogance, avarice, ignorance, and greed.

Few of us are as good as we expect our leaders to be, but the vast majority of us are vastly better than the collection of vices that now occupies the White House. And what the peaceful turn in the protests shows us is how order can emerge out of the chaos of our own engagement. This can be a national transformational moment if we do it right, and it can be the moment we rise up singing if only we clear the debris from our own dry throats.

The legendary organizer, Saul Alinksy, used to remind his acolytes to never let a crisis go to waste: it is a message we would now all do well to enact.

I am Black. This is what I Need (& what I Don’t) from White Allies. Dear White People: We are Complicit. We’ve Always been Complicit.
See relevant Elephant Video