Being the Change is more than just Protesting in the Streets where the Protests are Understood. 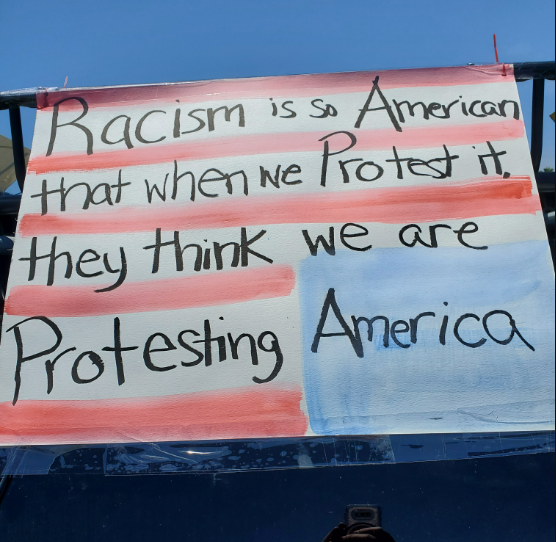 I need to talk about something I witnessed yesterday in Long Beach, California.

At 1 p.m., I arrived at the beach parking lot on Ocean Boulevard. A neighbor had texted me a flyer for a car protest that I could be a part of, and I was excited to join in the fight for equality and against racism and police brutality.

I had arrived a little early, so the parking lot was still pretty empty. There was a gentleman on a bike at the entrance to the lot, handing out informative materials about the protest. He directed me to go find the “woman with the red hair,” who would help me with my signage.

Thirty minutes passed as I decorated my car with handmade signs, drew “Black Lives Matter” all over the windows, and watched as more protestors arrived. The scene was incredible. I watched as people of all walks of life, color, age, and gender appeared, one car at a time. I took pictures of the signs which spoke to me, and of other protestors. There were even groups of people who would be walking the sidewalks to protest with us as our caravan drove by, and I counted at least 50 bicyclists who were riding for change.

Then, it was time to begin the journey. We drove through Long Beach, down Ocean Boulevard, and began to snake our way through the city streets. With Bob Marley blasting out of my car, “Everywhere is war. Me say war,” I stuck my closed fist in the air, out my driver’s side window, and drove and honked with my right hand.

Our procession drove around 25 miles per hour down the road, so I had the opportunity to witness the reactions of the people on the streets. I saw people raise their fists in solidarity. Cars blared their horns as they passed us, smiling and waving. I saw a man take a knee as we passed.

The most profound moments for me were when I met eyes with a person of color. I can barely put words what those exchanges meant to me. I don’t know what the look was in their eyes. Was it a look of thanks, or sadness that this is necessary, or rage, or all of the above? It really didn’t matter to me at that moment what the emotion was. It only mattered that for a moment, a tiny speck of time, our souls connected. We stood together in the fight as one.

The feeling of being a part of change was important to me. I feel like I’m not doing enough for the fight, and I need to do more. I was sitting with this feeling as I drove back to my apartment. I took the neighborhood route instead of the main roads; my fist remained in the air, and the signage on my car.

What I witnessed then is why I am writing this story.

The closer that my car crept toward Naples Island and Belmont Shore, there was a visible change. I watched as drivers in cars glared at me when I met their eyes. I saw looks of confusion and disgust on the faces of the people on the street. The absolute worst moment for me, and I don’t think I’ll ever forget this, was when I drove past a white family, and the mother reached over and covered her young child’s face with her hands.

This sickened me. And the rest of the drive home weighed heavily on my heart.

My feelings of white privilege have been at the forefront of my mind as of late. As the protesting and rioting began last week, myself and my neighbors stood on the sand and watched police vehicles speed by our complex, on their way to Downtown Long Beach. The police were “protecting” my neighborhood from the protestors and rioters. This upset me so much in that moment of realization.

It is about protesting on all our platforms. It is about reaching out with all our influence. It is about being the change we wish to see in the world.

If I am only reaching out to people of similar mindsets, is change really happening? If I limit my discourse to uplifting, safe topics, and don’t discuss what’s real, am I being responsible with my change? These are questions I am asking myself every day.

What are you asking yourself? How are you being the change? 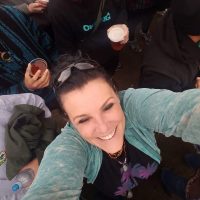 Jess Fiedler was raised in Avalon, California, on Catalina Island. Growing up on the island was a unique experience. Her favorite view on the island (and so far, in the world)… Read full bio

I am Black. This is what I Need (& what I Don’t) from White Allies. Dear Black Friends, I’m sorry I’m Racist. “Why do they have to be So Angry?” How Racism has been passed down in Today’s White America.
See relevant Elephant Video