We’re No Better than Joe Exotic: Why We’re all “Tiger King” Hypocrites. 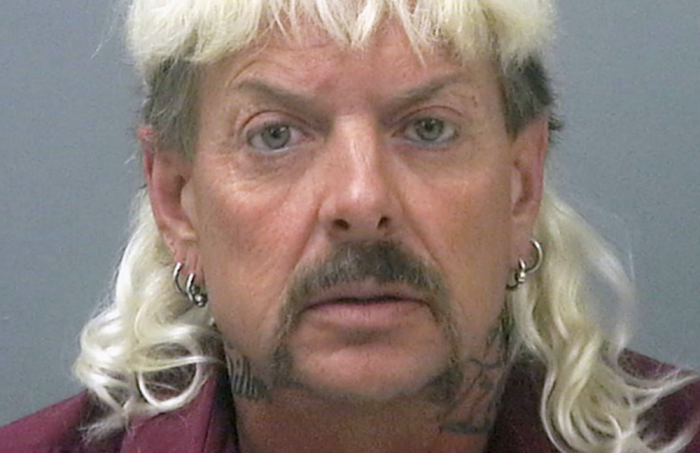 I, like countless other quarantined Netflix users, watched the entire “Tiger King” documentary miniseries within the first couple weeks of lockdown.

The absurdity of the story—and accompanying drama—is likely one reason why so many have binge-watched “Tiger King” in the past month, and why it’s now become such a cultural phenomenon that when you type “tiger king memes” into the Google search bar, you get more than 72 million results.

But fascination and a lust for drama aren’t the only emotions driving the popularity of “Tiger King.” Outrage, sadness, shock, and contempt have been at the center of many people’s reactions to Joe Exotic, his colleagues, and their lifestyle. The main sticking point with viewers has been that there is a population in the United States (including Joe Exotic and those like him) who own, breed, sell, buy, and keep captive lions, tigers, and other big cats and wildlife—either as pets or in zoo-like operations.

If you’re like me, the first questions that arose in your mind while watching “Tiger King” were: This is legal in America? People still do this? Citizens can, under the protection of United States law, own tigers as pets? (I’ve since looked it up, and there are currently 16 states where privately owning tigers is legal.)

As the series progresses, we come to see that people really do still do this and that it isn’t all that uncommon. We see the people who make money off of it. We see the horrors they inflict on the animals and the ways in which the protection and care for the animals get overshadowed by greed, competition, convenience, and entertainment. And we grow increasingly outraged at the whole thing—the laws that permit this, Joe Exotic, all the other tiger owners, the customers who pay to meet and pet and take selfies with tigers, and the people in the media or the community or the government who turn a blind eye.

We shake our heads and cluck in disdain while Joe furiously declares that no one has the right to take away his tigers. How could anyone be so selfish or oblivious to the needs of these animals? How can he claim to love and care about wild animals while also exploiting them, neglecting them, and (allegedly) killing them?

It seems outrageous. It seems antiquated. It just seems so…wrong.

Whether menacing or downright cuddly, depictions of tigers have popped up in all parts of the world for hundreds—if not thousands—of years. Much like animals such as wolves, elephants, and our household pets and dogs, their cultural presence and widely known anthropomorphized characters have given them celebrity. Whether deeply adored or deeply feared, there is a unique respect and status given to tigers by society.

This cultural presence and fascination give a pretty clear backdrop for the sense of outrage over the disregard Joe Exotic and company show for the preciousness of this creature and its place in the world. We find ourselves cringing at the mistreatment of the big cats shown in the series. They are kept in small enclosures with little to no resemblance to life in the wild. They are relatively disposable to their keepers (Joe Exotic killed at least five tigers to make room for other cats). Perhaps most disturbingly, they are used as playthings, as entertainment, as cash cows.

The term “cash cow” originated in 1972. Unsurprisingly, the term arose as a reference to actual cows—more specifically, dairy cows. A cow that has calves repeatedly can provide a continuing source of milk, with profits exceeding the cost of the cow in the first place. A cow that earns you money. A cash cow.

Much like in “Tiger King,” when money, power, and greed become the primary motivators, other less enticing considerations are decreasingly considered—or not considered at all. The result is a system that treats animals not so much as playthings or entertainment, but as machinery. Equipment. Manufacturers.

They are bred into bodies that were designed to produce—not to be well or functional or pain-free or even to survive past adolescence. They are debeaked and de-tailed. They are kept in cages far smaller than the cages of Joe Exotic’s tigers—cages that, in the case of chickens, are smaller than a piece of paper. They are pumped full of unnatural feed and antibiotics. They are kept away from the sun. When their time comes (almost always just weeks or months after they were born), they are packed shoulder to shoulder in trucks—in grueling heat, in bitter cold—transported for miles to their final living destination. They are legally permitted to be confined in such transport conditions without food, water, or rest for up to 28 hours. Finally, their throats are slit or heads shot with a metal bolt; they are gassed with carbon dioxide or dragged through an electrical water bath.

Their entire lives—from the moment of conception to the moment of (often painful) death—serve one purpose only: to end up on our plates. While food on the whole is essential, generations of vegetarians and vegans have shown that we don’t need animal products to survive. And generations of vegetarian and vegan athletes have shown that we don’t even need animal products to thrive.

Unless we choose to continue making the already debunked argument that meat and dairy are necessities, those of us who are well off enough to have lifelong food security, eat at restaurants, and not count ourselves among the impoverished have to face an uncomfortable, squirm-in-our-seats truth: we consume meat and dairy for pleasure.

Which brings us to the moment that we find ourselves on the couch, eating our dinner, watching “Tiger King.” If that meal involves devouring a burger or chicken wing, it might be worthwhile to chew over our complicity in the same disregard we criticize Joe Exotic for. He abuses and exploits animals to keep them as pets. We abuse and exploit animals to satisfy the cravings of our taste buds.

Joe loves keeping wildlife as pets, so he mistreats tigers. We love burgers, so we abuse and kill cows. Which is better? Which is worse?

When we’re binging Netflix and eating our dinner, we clearly inherently think of his moral behavior as worse than our own. Otherwise, we would be as horrified at our choice of meal as we are at his choice of pet.

At the heart of this ethical bargaining is the fact that we don’t perceive tigers the way we perceive cash cows. The world has given them a status that cows and their farm animal counterparts don’t enjoy. To which we might respond, But cows and pigs and chickens aren’t endangered. Which is true. But neither are house cats or dogs.

Those of us in Western countries grow up internalizing the ethical code that it is wrong to mistreat dogs and cats. It’s wrong to declaw cats or to tether dogs for long periods of time. Dog fights are wrong. Leaving pets in hot cars is wrong. Intentionally killing cats and dogs is wrong. We see all of these acts as so wrong that they have been criminalized widely.

We can easily explore all of the well-researched reasons why dogs and cats are not materially different than pigs or cows or chickens. But when we pause long enough to consider it, we realize that we already know it to be true. We just choose to ignore it. To forget it. To disregard it.

We know that a cat is no more emotionally or socially evolved than a cow (and that, actually, some owners of aloof cats might even argue the opposite). That a dog is no more intelligent than a pig. That a farm animal can suffer just as deeply as a dog can, as a cat can, as a tiger can.

Joe Exotic was and is passionate about owning tigers. He did it for years. It was all he knew; it gave him joy, entertainment, income, and fame; and it became a fundamental part of his daily life. So, when the public, wildlife or animal welfare activists, and even law enforcement objected, he stubbornly declared his right to hold on to his way of life. For that, we mock him; we shame him; we disparage him; we criticize him.

He seems outrageous. He seems antiquated. He just seems so…wrong.

We shake our heads and cluck in disdain; chomping down on a chicken wing; enjoying the juicy, salty, tender pleasure of our meal; stubbornly holding on to our way of life.