12 Ways to Actually Be an Anti-Racist Ally.

Standing in the center of my city, I was riveted by the words of the six Black speakers at our Black Lives Matter march.

“Will you stay engaged the other 364 days of the year?” asked a third.

I felt like they were talking directly to me. In my job, it is my responsibility to make racial equity a reality in our educational system. People of good will have been talking about it for decades, but we’re still not there.

I went to the march not only to show support, but also because I wanted to learn how I could do better going forward. How can I as a white man help close the opportunity gap for people of color and their children?

The day before the protest, I was on the phone with my best friend, a Black man in his early 40s.

“Someone asked me the other day if I wanted to go to the protests. I can hardly read the news,” he relayed to me. “Each time I think about it, every memory of racial slights and harm floods through me.”

The speakers at the march and my closest friend were asking me and other white allies to do more and be more. They were challenging me to embrace what Martin Luther King Jr. called the “fierce urgency of now.”

Even though the fight for racial justice has been my greatest passion for three decades, I had to ask myself anew: What does it mean to be a consistent and effective ally?

Last year, I met Donzaleigh Abernathy, the daughter of Ralph Abernathy (Martin Luther King Jr.’s right-hand man). She argued that the success of the civil rights movement was grounded in the many coalitions built between Blacks and whites. She said that we lionize her father, “Martin,” Malcolm X, and other heroes of that era, but it was the steady partnership across the racial divide that propelled the movement. Her point was a comfortable one to digest for a mostly white audience but also reflected the truth of her experience.

Remembering her words the other day sparked for me a fundamental question that feels particularly relevant at this pivotal moment: Who should lead the change?

My first instinct of course is that Black activists need to shape the path forward, as they can draw upon a lineage of four centuries of lived experience and an intimate knowledge of all the cancerous symptoms of racial injustice. On the other hand, can we ever dismantle the four I’s of oppression (institutional, ideological, interpersonal, internalized) and eradicate racism if white people do not see them more clearly and actively participate in their transformation?

The answer, of course, is both. All symbiotic partnerships are grounded in true collaboration. Relationships are like a dance, which requires a leader and a follower, give and take.

As the white majority in this country, we absolutely need to embrace both of these roles more fully. For far too long, people of color have been pelted by an onslaught of microaggressions and macro-oppressions, positioned on the margins, denied access to opportunities, and battle injustice with inadequate levels of support from whites.

Here’s how we can help chart a path forward to meet this seminal and potentially watershed moment and harness everyone’s capacity to catalyze genuine change.

1. Start with looking in the mirror. Embrace these words from the poet Rumi: “Yesterday I was clever, so I wanted to change the world. Today I am wise, so I am changing myself.”

2. Don’t just fight racism at special events. Make it an everyday effort to notice, unpack, confront, and disrupt it every day, everywhere. Speak up when you hear racist language, whether it is subtle or overt.

3. Become more aware of your own biases and how they shape your perceptions and interactions with others.

4. Take responsibility for your own learning. Don’t turn people of color into your unpaid tutors.

5. Listen to the marginalized. Hear what they are telling you. Respect their perspective even if you don’t yet understand them.

6. Show the courage to have difficult, uncomfortable, painful conversations.

7. Take risks as you speak your truths. Overcome your fear of making mistakes. Make them, apologize, learn—and then teach others.

9. Elevate traditionally marginalized voices in decision-making within the organizations that you are a part of.

11. Take stock of your own privileges. Notice any that disadvantage others, directly or indirectly. Ask yourself: Am I willing to give up any of my privileges to create a more just society?

12. Bottom line, get out of the comfort of your existing bubbles and open your heart to cultivating meaningful relationships across racial differences. As my favorite sign at the recent march put it, “Love black people as much as you love black culture.”

When I was a toddler, some of the first words I learned to read were those affixed to a red stool I used to reach the sink. The message contained 10 simple words: “Sit down to be small; stand up to be tall.”

As white people, we have been sedentary for too long. We’ve been small. If we truly want a more just, inclusive, equitable, and safe world, it is time to shoulder our responsibility in this fight against systemic inequities.

It is time that we step up, and stand up, to meet the magnitude of this challenge. 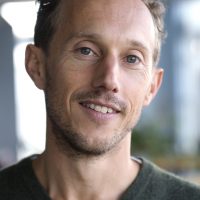 Ari Gerzon-Kessler is the Director of Equity and Partnerships for the Boulder Valley School District. Previously, Ari served for 16 years as a principal, assistant principal, … Read full bio

I am Black. This is what I Need (& what I Don’t) from White Allies. 57 Quotes by Dr. Martin Luther King Jr. that Changed the World & Will Change Our Lives. White Progressives: This is How We’re Failing BLM.
See relevant Elephant Video