Why we keep coming back to Meditation (even when it’s Kinda Hard & Kinda Boring). 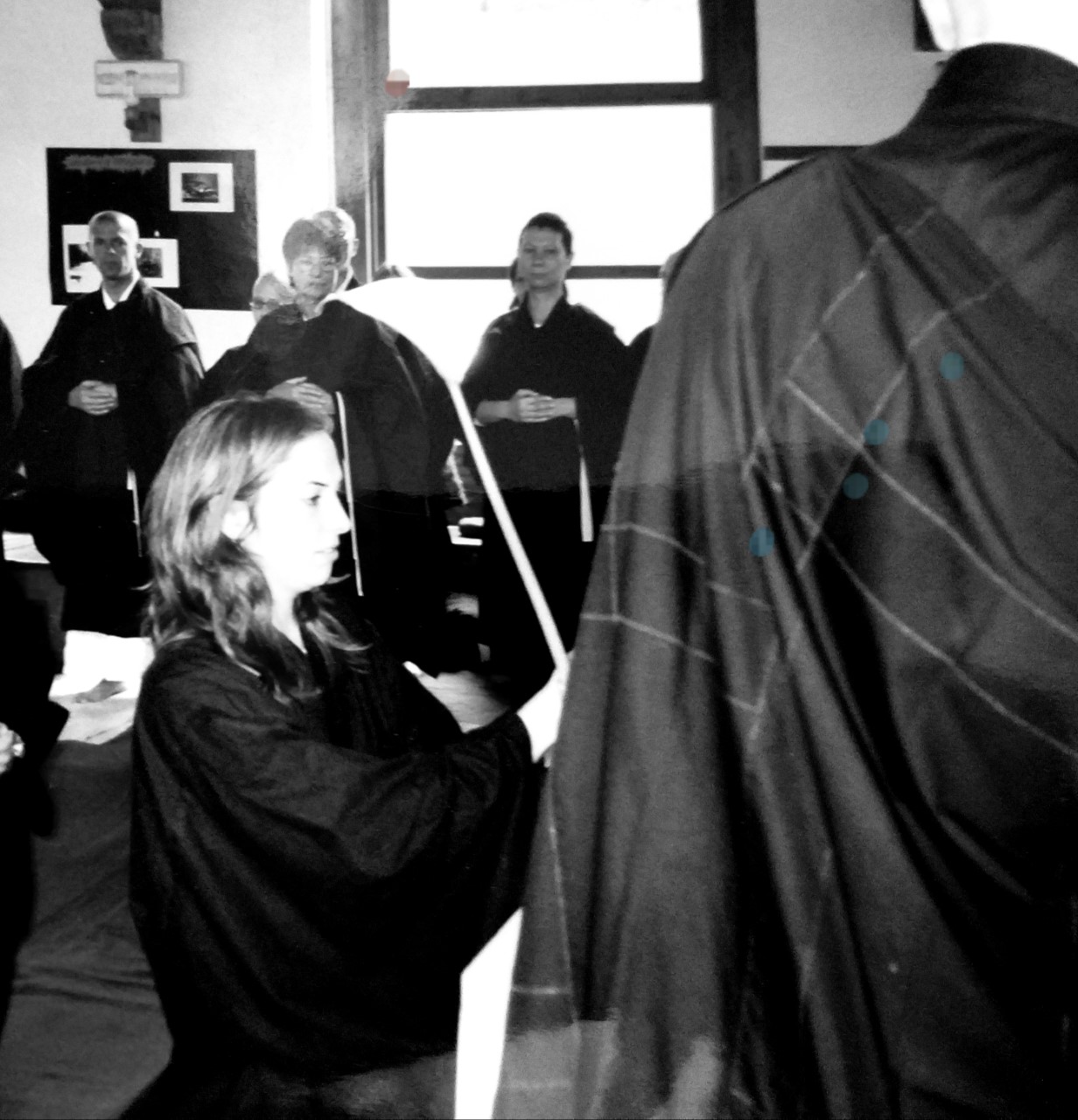 “Santé!” we call out in unison, tiny glasses full of red wine that look even tinier in hands draped in long black robes.

It’s the first night of “Sesshin,” an intensive weekend of Zen practice, in some town in northern Italy.

We had driven from Rome, a motley crew. Anna had just recently shaved her head and taken the nun’s vow to save all sentient beings, and I just had to finish sewing my Rakusu to ordain and take my bodhisattva vow. A chunk of hair would be cut and I’d receive the name Ho-ge, or flower of the dharma.

On the ride, Marco read aloud bits of philosophy from an existentialist French poet, and Matilda fretted over a part she would or wouldn’t get in a Shakespeare production to be performed in modern Roman dialect. The mood was jovial, almost exultant, as we sang aloud to melodramatic Italian pop songs from the 70s on the radio. It was 2003, and I was living the life of an expatriate English teacher in Rome.

A spiritual seeker for as long as I could remember, I was convinced I had finally found my path with this version of Zen Buddhism derived from the rogue Japanese monk Deshimaru who had travelled to Paris in the 60s and taught our current French Zen master.

It all dates back to high school, when I accidentally borrowed our former hippie band teacher’s worn copy of Ram Dass’ Be Here Now. Straight-laced by nature and terrified of drugs, I loved the part about the Indian guru taking a huge dose of acid and telling Ram Dass that it was good but meditation was better. And the part about the inherent lack of satisfaction in all creature pleasures as evidenced by the nonexistence of an “eternal ice cream cone” struck my adolescent self as breath-stoppingly profound.

During an Intro to Buddhist Philosophy course at Skidmore College, the teacher challenged us to spend a weekend at Zen Mountain Monastery, nearby in the Catskills. It was a no-brainer for me to attend.

I had never before sat still for 30 minutes, let alone thought about my breath. The experience was transformative and unlike anything I could have imagined, as if I had discovered some innate, inherent state I was meant to access. I was instantly, permanently drawn to this practice.

For the next three days I walked around campus in a state of bliss, feeling that I loved everything and everybody. Without a sangha or spiritual community nearby, it was virtually impossible to maintain my practice of Zazen in isolation; but I was buoyed by my awareness of its existence.

After graduation, I found myself living in Rome, Italy, teaching English and part of a flourishing Zen community, and I threw myself into the practice wholeheartedly. At some Zen talk, the master told us we were all welcome on the path but some of us were just tourists. As an expatriate desperately trying to create roots for myself in a foreign land, this struck me. I had finally found this path, living and breathing under my nose. No tourism for me in the land of enlightenment—I wanted citizenship!

And then there was the wine.

Unbeknownst to me at the time, I was slowly and irrevocably becoming an alcoholic. My favorite part of the Sesshins were the last day, just a half day of meditation followed by a bacchanalian celebration and feast. Hard work of meditation followed by the reward of intoxication. No duality. We were told to do what we wanted but just not to attach to it. This was France, and the French treated the wine with their characteristic nonchalance. No big deal.

But most of them weren’t abusing it, finding clandestine ways to refill their glasses one last time before the coffee and cigarette course (served outside). From what I saw, the other participants were practicing moderation, but for this addicted, extreme, black-and-white thinking American, moderation did not exist.

New Year’s Eve was of course celebrated at the monastery with Champagne, bien sur, but no little glass would suffice for me. Miss Big Shot visited the bar and bought a private bottle all for herself and to impress her cronies. The wildness, however, was not all in head or glass. Matilda, from the car ride, ended up living in Paris with a French non-celibate monk with whom she had a one-night stand at the monastery.

If you had told 25-year-old me on summer vacation at the Zen camp in the Loire Valley surrounded by boys and booze that 15 years later, her practice would include complete sobriety and gender segregated 10-day silent meditation retreats with no dancing and not even dinner, she would have run screaming. But I like to think of that period as the candy that led me to my genuine path. I also learned concentration and correct posture, which has helped me hugely during 10-hour Vipassana marathons. There was also a lot of discipline in the physical realm. If you blew your nose too loudly during a meditation, surely a mean French nun would shush you.

When asked about my attraction to Zen meditation by non-meditators, I always explained it as washing your windows or the eyeglass frames from which you view the world. That you were practicing seeing things clearly, if only a bit. But while my windows may have been shiny, I was not yet ready to examine the contents of the house.

It is said that when one hears the word Vipassana and has any kind of past karmic link to it, one cannot resist. Upon my return home to the United States, a friend of a friend casually mentioned she had just returned from a 10-day silent Goenka retreat in the tradition of U Ba Kin.

That was 10 years ago, and I have since been on four retreats and maintain a daily meditation practice. The retreats break me down and strike me as the most impossible thing in the world, yet somehow I keep coming back.

There are certain moments on retreat when I decide that sitting still for 10 hours a day is just beyond what is possible for me, and in those moments, I search for an out. On my most recent retreat, I hit an emotional edge during a rest period, walking around the women’s path in 10-degree weather. I allowed my thoughts to wander and had almost convinced myself that I should return to Zen—35 minute sittings at a time and talking. Now that was doable.

I argued in my mind that this retreat really missed the point of community and that we all needed a little samu or work period of cutting vegetables with dull knives. But I quickly recognized that then there would be the opportunity to flirt just a little with another meditator and soon I would be completely out of my body and living a fantasy of fleeing the center. And I would inevitably not be able to resist just a little thimble of booze to toast, and then I would find myself right back where I was, hungover, unwise, but with temporarily good concentration.

As I celebrate five years of sobriety from alcohol and pack my bags to volunteer for a few days at a local retreat, I count my blessings. First, for the path. But second, for the goodies that got me here. 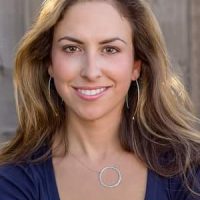 Meditation as Medicine: 3 Calming Practices for Beginners. In Meditation, there is only One Rule.
See relevant Elephant Video