More and more in our modern yoga scene the idea of sangha, of a mutually supportive group of practitioners, seems to be getting lost.

Over and over I see people who list the many different teachers and forms of practice they have studied, like so many notches on their yoga block. They have width but no depth. They have simply skimmed the surface, without ever setting down roots in one tradition, without ever letting the practice actually affect them. They have no sangha.

Why is sangha so important? To go deeply into any practice we need three things:

1. Faith in the practice itself, which may include faith in a particular teacher.

2. A willingness to study the teachings which are the foundation of the practice. This includes allowing ourselves to struggle, to fail sometimes, to doubt and to question everything.  This means sustained, diligent effort, not for a weekend, or a month, or even a year, but for many years.

3. The support of others who are trying to do the same thing. Being surrounded by others, allowing ourselves to be supported by their love both for us and their clear love of the practice itself makes it so much easier to keep practicing, to stay on track. This is sangha.

I have experienced the support of sangha in two distinct practices; during long periods of retreat and in my day to day practice.

I regularly go and sit at Spirit Rock or the Insight Meditation Society for a month or longer. There are typically 80-90 people on retreat with me. I usually don’t know many of them at all, not even their names. Since the retreats are in total silence I have no opportunity to socialize.

There is no way to “get to know” someone or “connect” with someone in the usual sense. But when I sit with someone hour after hour, day after day, something amazing happens.

I feel incredibly supported just by the mere presence of all these other people who had dedicated themselves to the practice. I feel a closeness that is palpable. This is sangha.

We show up early in the morning and do our practice together, pretty much in silence, except for the sound of breath, the occasional grunt (from me usually) or a few quiet words of instruction from the teacher.

Since we all arrive and leave at slightly different times I’ll often go weeks without saying a word to these people, but I think I know them well. Not that I know much about them in the conventional sense. But in most cases I could “see” what pose I wanted to paint them in, or when I talked about it with them and they suggested a pose I could feel it was the right one, it somehow expressed who they were in my eyes. I’ve seen them do these poses hundreds, even thousands of times.

This deep, mostly non-verbal connection is an incredible support to my practice. On the days when I find myself standing at the front of my mat with thoughts of “What am I doing here?” or “I really don’t want to be here” I just tune in to the energy around me, knowing how hard they are all working,  and I’m carried along in the practice. Sometimes I hope I help others in the same way. This is sangha.

As you can see from the paintings there are many very proficient, skilled yogis and yoginis in this group—I’m not one of them. I struggle along with the primary series, leaving out a few poses that my gimpy knees simply won’t tolerate, and using props for many more.

My vinyasas are to be polite, marginal. In all the years of practicing with these people, and many others whose pictures aren’t here, I’ve never been judged as inadequate, or told I shouldn’t be doing this difficult practice, or felt anything other than love and acceptance from those around me. This is sangha.

These paintings are a small way for me to say thank you. 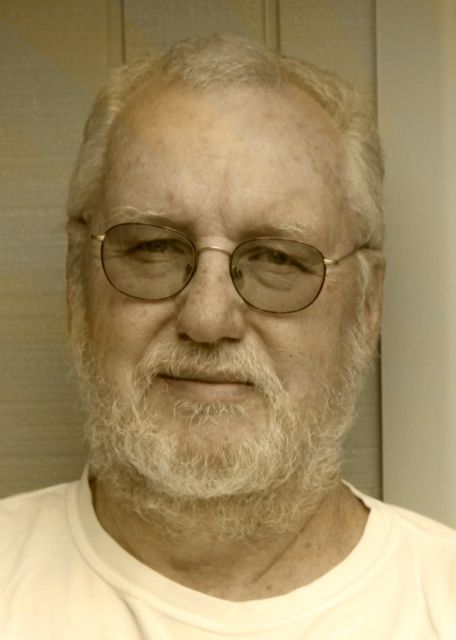