Independence is a Lie. This is What we Really Are. 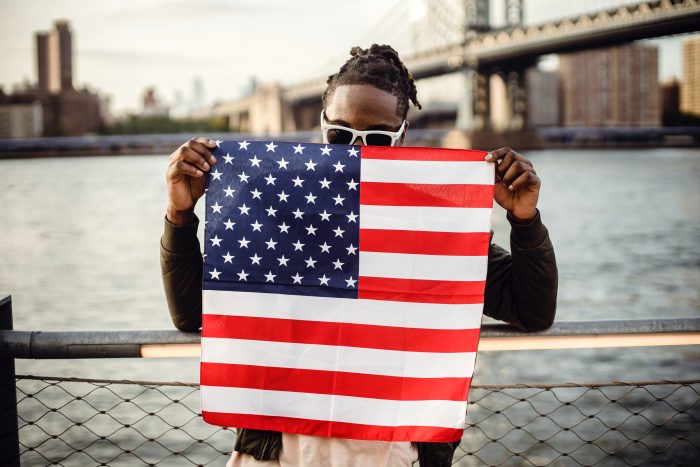 Before COVID-19, my mother and I shared brunch nearly every Sunday.

Anyone watching our table when the bill arrived would see two of the most stubbornly independent women.

We both grew up in a culture where our capacity to do it alone, figure it out, and pay our own way was revered and expected.

My independence has been a great asset, and it has some downsides.

The good? My independence drove me to choose entrepreneurship 20 years ago. The path of an employer, rather than an employee, is pocked with tiny and large choices to do the hard thing or make the tough decision, often alone and often in the face of great risk, uncertainty, and emotional exposure. My aloneness has created something I’m proud of and that supports me and my family.

The bad? My independence also sits at the core of many long, dark nights alone in my home, shaking with fear, anxiety, and foreboding as I tried to navigate my divorce; mapped a thousand plans for helping my children as they struggled with loss, mental health, rejection, or addiction; or coped with the magnitude of cancer and aging on people I loved with all of my heart. In those nights, I don’t recall ever bravely calling a dear friend and saying, “Help.” Even though I know she would have helped in 20,000 ways.

In both sides of the independence paradox, the hallmark belief that has at times driven my actions was this: I need to figure this out.

This messy and tangled ball of crap is a meta-message that I inherited from society at large—from my migrant ancestors, and from the insider culture I grew up in, which is a predominately white male culture, carried to the USA from Northern Europe. It is the culture that perpetuates the myth of bootstrapping—of figuring stuff out on your own, through trial and error, stoicism, and never letting “them” see you cry or shake.  I learned it from way, way, way back—so far that I really have no one to blame for it: it is just how I rolled.

A lifestyle of rolling alone has stuck with me, even in the face of the truths I learned early from my Dad who got sober through the halls of Alcoholics Anonymous (AA) when I was six. I went to meetings with Dad most weekend days as we hung out. In those halls, I heard story after story of people who bravely discovered that, in fact, it was the community that could help them when all else failed. In those meetings, I learned what it really means to be brave.

There was a shared understanding that each person’s sobriety was their own responsibility and that the others would wholly support those present. Whether 20 years sober or a day away from the last binge, people were encouraged and expected to be honest. Over and over, I saw the courage that people needed to admit their failures and strive to create for themselves a better world. At the center of the people I met, there were three words: I need help.

But knowing that community and togetherness is a way of healing and flourishing, and actually saying the words out loud (ever) are two different things.

I still hate asking for help. Despite all my knowing, there is this roaring, persistent voice in me that says, “you need to get this figured out. Alone.”

I am struck with this notion as we are on the cusp of our national Independence Day—this Federal Holiday declared in 1776 as the day the thirteen original colonies of the USA gained independence from the rule of Great Britain.

The fear and isolation brought to the entire world by an invisible virus called COVID-19, followed by unleashed racial tensions and breakthroughs, has put a fine point on this:

We are interdependent. Independence is a lie.

So, as we look at a holiday that I have always loved for its crazy American rituals (yes, I adore watermelon and hot dogs and parades and fireworks) this year, I am reframing its meaning forever.

The early settlers of our nation were nothing if not interdependent with one another and with the first nation’s people who lived here before white people and showed them the way, sharing food and shelter in the early decades for pure survival.

At our best, we, as a nation, have received and given help to others in ways that saved the world from despair and breathed life back into the people who occupy it.

For our future, the only way through is going to be interdependence. My son Ian shared with me this data point recently: On July 5th, 1852, Frederick Douglass stood in front of a crowd gathered to remember the signing of the Declaration of Independence and said:

“Your high independence only reveals the immeasurable distance between us. The blessings in which you, this day, rejoice, are not enjoyed in common. The rich inheritance of justice, liberty, prosperity, and independence, bequeathed by your fathers, is shared by you, not by me. The sunlight that brought life and healing to you, has brought stripes and death to me. This Fourth [of] July is yours, not mine.”  ~ Frederick Douglass, “What to the Slave Is the Fourth of July?” (July 5, 1852)

Our independence is a shell game and drives distance between us in all areas: illness and health, whiteness and blackness, rich and poor. Our interdependence will save us, even as it is terrifying to feel sometimes. I know, because I have stood alone.

Now, I stand with. I need help. I have help to offer.

Interdependence Day. Bring it on.

Watch an anti-racism hour with Waylon Lewis and Jane Elliott. 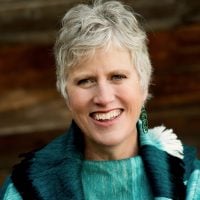 Moe Carrick believes that people can and should thrive at work, and that when they do, organizations succeed. With over 30 years of work in organizations on issues of partner… Read full bio

How White Folks can Show Up for Racial Justice. 5 Ways White People can Combat Racism—Starting Now. I am Black. This is what I Need (& what I Don’t) from White Allies.
See relevant Elephant Video