“I refuse to accept the view that mankind is so tragically bound to the starless midnight of racism and war that the bright daybreak of peace and brotherhood can never become a reality.” ~ Dr. Martin Luther King
~

I am a white, cisgender, Jewish, educated woman.

Yes, I’m technically a “protected class” and have experienced some microaggressions, mainly of the model minority sort since Jewish psychologists are often seen as “intelligent” or “wise.”

While I’ve escaped the worst of anti-Semitism, it is alive and well. A few years ago, there were police stationed outside of the synagogue at my niece’s Bat Mitzvah. But I felt safer with them there, not fearful of my life or family’s lives.

To counter this, I’ve tried to educate myself about racism and white privilege—those societal advantages that benefit white people over non-white people. Still, I can’t know the realities that Black people face.

While educating oneself about privilege is a good start, it’s not enough.

A Facebook post this morning punched me in the gut as I described the story to my husband over breakfast. The post was written by another wife and mother who described the experiences of her husband, a thoughtful father who loves the Temptations, is a remarkable cook, and kindly offered to fill her gas tank one night.

To make a long and all-too-familiar story short, this father of two was suddenly surrounded by police officers, suspected of being a criminal. It was a crime allegedly perpetrated by someone who reportedly just happened to have the same color skin he did and he just happened to be at his local gas station.

The story has a “happy” ending, because a white person stepped forward and told the officers that the man had come from an entirely different direction than where the crime occurred. The word of a white person carried the weight that his own protestations did not. Reading his story, I felt complicit in the racism that lies behind ignoring the voices of Black people, because my voice would also have been heard.

Yet, here I am doing the same thing—adding my voice and reactions. Why? Because I know I still live in a world where doing so may eventually help amplify Black voices. I don’t mean to play into that, but I cannot remain silent.

We all need to find ways to promote the peace and brotherhood Dr. King so eloquently spoke of in the opening quote.

Here’s how we can support the Black community and combat racism:

Examine Biases. Education and conscious examination of privilege is a start. What is equally important is taking the time to thoroughly examine our biases.

There are three main components of bias: stereotyping, prejudice, and discrimination. Stereotypes are beliefs about a group, such as the false belief that Black men are violent. Prejudice is a preconceived opinion that isn’t based on reason or actual experience. Discrimination often begins with prejudice, and involves unequal treatment of people due to the various groups they belong to (racial, ethnic, etc.). Discrimination can range from inequities in opportunity to hate crimes and violence.

We form biases at an early age based on things we see in the media and learn from parents and peers. It can be helpful to sit down and create a list of adjectives that describe your feelings about a group. Are they factual, or do they reflect stereotyping or beliefs that may not be true? If you used these adjectives in your everyday communication, would the language be seen as neutral or dehumanizing?

Listen Deeply and Validate Experiences. Following George Floyd’s death, a colleague posted an excellent question online: How are you holding space for your clients of color? It made me stop and think.

It’s a courageous step when Black people share their experiences of discrimination and bias, whether on Facebook, in therapy, or in conversation. When such sharing occurs, listen fully and quietly, react if it seems appropriate, and express appreciation of the trust they have shown. I try to be aware of my inner reactions and what these disclosures bring up for me. Even when such conversations feel awkward, it’s important to lean into them.

Seek out Connection. Are there places in your life that you can genuinely and authentically interact with people of different races and ethnicities? This may include in social settings or religious settings—places where you are interacting as peers. This does not include settings where there is an imbalance of power, such as interacting with someone who is providing a service.

Don’t Allow Invisibility. This includes being sure to actively provide depictions in artwork and other items within your work setting. For example, one of our waiting room magazines is Essence. Within workplace settings, provide ways for Black men and women to take up space and to be visible. It’s also helpful to consider the additional challenges faced by those with intersectional identities, such as Black transgender women. They are a group who face significant violence, discrimination, and many kinds of disparities.

Call out Racism—in a Way that Can Be Heard. Inflammatory language only inflames. The best way to address racism is calmly, in private, and in a non-accusatory way. If you hear something that concerns you, point it out. People may be unaware that certain comments are racist. They may also not realize that microaggressions (subtler comments sometimes meant in a complimentary way, such as “You’re more educated than most Blacks”) are just as hurtful and offensive. 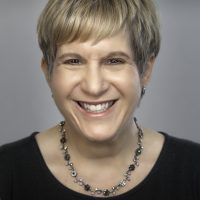