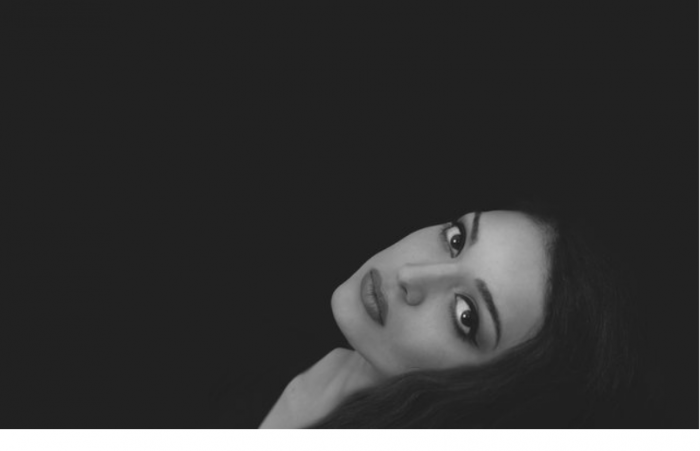 I was about to leave the house when I heard the phone ring.

I checked the caller ID to see if it was an urgent call. For me, only family qualifies as urgent. However, this one was from a friend who had been feeling quite low recently, so I felt guilty letting the call go to voicemail. I called her back; she wanted to meet for lunch. I could tell something was up with her ex again, whom she divorced a couple of years ago.

We met at a local restaurant. My friend arrived a bit frazzled. I knew in my heart why I was at this lunch and muttered under my breath, “What now?” After exchanging hugs, we sat down in a booth. Order placed and comfortable in the seating, my friend spat out the words, “My ex says the reason I have not met anyone to settle down with after the divorce is that I am a slut.”

Why an ex would be saying this and how she gave him a chance to utter these words was something I chose not to bring up at that moment but save for later. I asked, “Does it matter what he says?” She replied, “It matters. It means I don’t have a good ‘character’. He had alleged at the time of divorce that I had an affair and is still propagating that in our social circle.” My response to her was just an “Eh, so what?”

She gave me a “WTF, do you not get it!” look. On the contrary, I knew exactly what was troubling her; therefore, I kept my response short and caring.

Narcissistic people typically resort to defamation and name-calling, play the victim, and make their partner the bad one in the relationship, especially when they start to lose control over their partner. While married, the narcissists keep the details of the relationship private and in full control. But near the end, they maneuver family, friends, and co-workers and portray themselves as the victim, blaming their partner for the relationship’s end, vilifying the other. People generally fall for their tactics and charm so often that family courts now have lawyers specializing in narcissistic behaviors.

For a relationship to work, one has to be conscious of their actions and their impact on the partner. It is easy to do what we want to do and what suits us in any given moment without regard for how our partner might feel or react. And for many, a relationship is often based on needs—economic, physical, or social. Once those needs get fulfilled, or the partner closes the tap, the relationship starts to crumble. Sadly, most people do what suits them without considering the consequences for their partner.

We have heard, “Someone’s trash is someone’s treasure.” To that, my response is a big no. Trash is trash, especially when it comes to narcissistic behavior, and requires tremendous inner work to be anyone’s treasure. Mostly, the inner work is impossible because rarely do narcissistic people admit that they were wrong, and often, it becomes a blame game. The best option is to cut off ties completely or keep interaction to a bare minimum in case of a co-parenting situation.

Back to my friend, amongst efforts to acknowledge her feelings and, at the same time, encouraging her to learn to show the middle finger to anyone toxic to her well-being, I pondered on the question of what is “character?” Per the dictionary, the character is “the mental and moral qualities distinctive to an individual.” But this leaves so much open to discussion: What is moral and immoral? Who is the judge of morality?

There are anomalies in what we have accepted as moral and immoral based on cultures and social conditioning. For example, in many cultures, a woman wearing, let’s say, a body-hugging top is liberating and owning their body, but considered immoral in some people’s eyes. A man hitting a woman is overlooked in many eastern cultures, but a woman revolting back even in the name of self-defense is sacrilege and immoral. In such cultures, divorce is also immoral.

Many other juxtapositions may qualify as moral or immoral based on what end of the scale one is at, in their education, awareness, socio-economic conditions, customs, and generational conditioning.

Another example is that of an ambitious woman who gets called out for being a “selfish” mother. And here is the kicker—a determined woman doing well for herself but who has no children is also selfish. If a woman stays home to take care of her children and sacrifices her dreams, she isn’t respected either, rather taken for granted for her selflessness. And, how many times we have heard that if a woman succeeds at work, it must be because she is sleeping with the boss. It never ends…

Being “too much” has become synonymous with being immoral. Similarly, a “good religious woman” is deemed a moral woman. While one can easily distinguish an illegal action from a legal one, the demarcation between moral and immoral is exceptionally hazy.

I am starting to believe that perhaps there is no such thing as moral or immoral, these are just words thrown at us to control behavioral patterns with the goal to subjugate a gender, extended to color and race.

We have to change with the times and recognize that what worked centuries ago will not work today. Women are financially and socially independent and we need to establish equality—at work, at home, and in other domains. There can even be equality in a perfectly imperfect relationship dynamic. There can be equality in supporting and encouraging each other’s dreams in actions, not just through words, and supporting each other to be their authentic selves.

As women, we have to learn to love ourselves so that we can go beyond the limitations of what is considered moral or immoral. Before equality can be understood, we have to love and recognize who we are, or else we have a high risk of liquidating equality everywhere. Some emotions define life to the fullest, and love is one of them, but it begins with ourselves before spreading to the world—this is our responsibility and gift to the world.

Rep. Alexandria Ocasio-Cortez is You & Me—She is Every Woman. 7 Signs You are in a Codependent Relationship. The Captivity of a Toxic Relationship. Why we Lose Ourselves in Relationships (& How to finally Stop). “Having a Daughter Does Not Make a Man Decent”: AOC’s Response to Rep. Ted Yoho calling her a F*cking B*tch.
See relevant Elephant Video