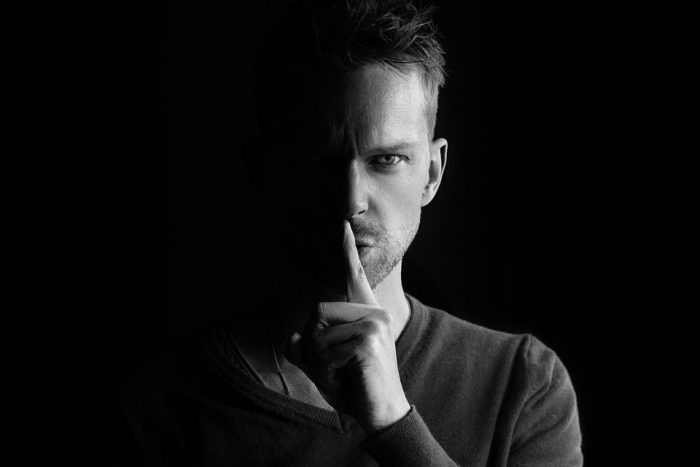 “You know how change happens? You get a little bit, and you hold it. Get a little more, and hold. That’s how gay marriage happened, just a little bit at a time. First it was civil unions, and then it was marriage. It didn’t happen all at once.”

The argument was essentially, “I don’t mind that they’re protesting; I mind how disruptive it is.”

Arguments like this are infuriating to hear, as they imply, for one thing, that protesters need the public’s approval of their content and/or style. Obviously, if the public already approved, there would be no need to raise awareness through protests. I’m tempted to walk away from such arguments. But they must be addressed.

Even when they’re with your dad.

And he just got out of urgent care and is still in a fair amount of pain.

And the last time you had a political argument with him was the summer of 2016, and it was over Donald Trump, and it went so badly that you promised you’d never, ever discuss politics with your dad again.

And so you know that the best thing in the world for your relationship would be to say, “We have to agree to disagree,” or some such passive statement, and get off the phone.

Because you are also someone who wants to be a part of making massive societal changes, and you consider yourself an advocate for equality and justice, and you’ve vowed that you’d start wading into difficult conversations, even if they’re with your dad.

“So,” I said, after taking a deep breath, “What you’re suggesting is that patience is how we will achieve success on the issue of police brutality against Black people.”

“Yes,” he replied. “Exactly. That’s how change happens. Through time and patience.”

“Okay,” I continued, deciding to challenge the argument of patience rather than the disregard for the Black lives that would be lost in the meantime, “How long ago was the Emancipation Proclamation?”

“Oh, come on!” he replied. “You can’t possibly be suggesting that slavery still exists.”

“Maybe not in the form you’re thinking, but slavery has always found a way to survive in this country, in different ways, such as through the prison industrial complex,” I replied.

What followed was a surprisingly deep conversation into the inextricably intertwined roots of American history and racism. It remained respectful, for which I’m grateful, and I think we laid some healthy groundwork for future conversations.

Looking back a week later, I know I didn’t get it all right. My experience as a white woman makes me an imperfect ally, and much of my thought processes come through the lens of my privilege.

I know I let some important points go for the sake of pursuing others.

I also know that there are many other arguments against his “slow and steady” approach that I could’ve gone with—namely, the fact that in so many ways, that method has been tried and has failed.

Upon reflection, there are many things I think of now that I wish I’d said then—a better fact, a stronger analogy, a more pointed question.

But while I was tossing around all the coulda-woulda-shouldas, his word, “patience,” slowly created a chain reaction in my mind:

Where oh where have I heard those phrases before? When I thought I had earned a better grade and wanted to petition the teacher. When I wanted to ask for a raise. Or a job. Or sought publicity for my book. In essence, any time I’ve sought more visibility or equality in my own life. These arguments were made to try and keep me small and obedient. To stay on the outskirts of power. They are arguments that, had I heeded them, would’ve rendered me invisible.

I’ve been told to “wait my turn” often enough in my lifetime to have learned this much: no one ever taps you on the shoulder and invites you to the table.

I initially missed the patriarchal origin of my dad’s comments because the virtues of patience, calm responses, and politeness were a large part of my Midwest upbringing, my education, and even my sense of how to be a “good person” as I grew up. They were baked in, to some degree. (Also, because he wrapped the argument in the liberal package of gay marriage, which disguised its origins. Very clever.)

Once I saw the patriarchy’s hand at work behind the scenes, however, I couldn’t un-see it. That was when I realized that this was not any old political debate between a conservative father and his liberal daughter. This was a battle between the power of the patriarchy and the power of societal change. It was an argument between keeping people in line or firing up their hearts and minds around an issue to such a degree that we activate a tipping point.

A tipping point, according to Malcolm Gladwell in his book, The Tipping Point: How Little Things Can Make a Big Difference, is the “magic moment when an idea, trend, or social behavior crosses a threshold, tips, and spreads like wildfire.”

Perhaps today, though, it might be more appropriate to say that a tipping point is like a coronavirus, that, once it catches hold, spreads shockingly fast. Unstoppably, shockingly fast.

Nothing in these words even hints at a need for patience.

Bottom line: my dad’s argument for patience was made in an attempt to not only quash the protests, but silence dissent. Asking people who are oppressed to patiently wait for change is a classic patriarchal technique to uphold the status quo and, ultimately, keep them oppressed.

Consider this quote from Senator Marsha Blackburn (R-TN) in response to confederate statues being taken down:

“There is a proper way to petition your government if you do not like something, and it is called a peaceful protest.”

No one honestly believes that Sen. Blackburn is open to having a conversation about the purpose or lack thereof of confederate statues. She’s simply trying to get people to stop shaking the tree of the status quo. She is not working on behalf of her constituents, nor is she concerned about getting on the right side of history. Sen. Blackburn is working for the patriarchy, and she’s sitting at the top of that tree, enjoying the fruits.

The patriarchy was also speaking through my dad when he suggested that I and anyone else who’s pushing for drastic social change right now will get it if only we would be more patient and less disruptive.

But societal change—the most powerful societal change—is not a slow-moving glacier. Rather, it sweeps like a fire that has been fanned by intensity, passion, shock, and even a little magic. It comes through passion, energy, and intensity. It requires disruption and yes, even shock value. And then, once we disrupt the status quo enough to reach a tipping point, the rest of society, like in the children’s game “Don’t Spill the Beans,” will tip along with us.

Like me, do you want to see massive societal change?

Then we must want it with a feverish passion.

We must want it so badly our hearts ache and our fingertips burn. We must want it enough that we are willing to root out and topple the status quo/patriarchy in whatever sneaky form it shows up, and never, ever buy the line about the virtues of patience.

Even when—maybe especially when—it comes through our dads.
~

“If they don’t give you a seat at the table, bring a folding chair.” ~ Shirley Chisholm

Keri Mangis might seem a gentle yet candid introvert. But peel back a layer and you’ll uncover an inquisitive explorer of inner and outer realms. Peel back another layer and… Read full bio

White Folks: What it Means about You if you’re Getting Defensive about BLM. 35 Thoughts on the BLM Movement from a Person of Color.
See relevant Elephant Video